A new book from Mushroom Model Publications charts the history of the Gloster Meteor in battle, with plenty of detail for modellers. 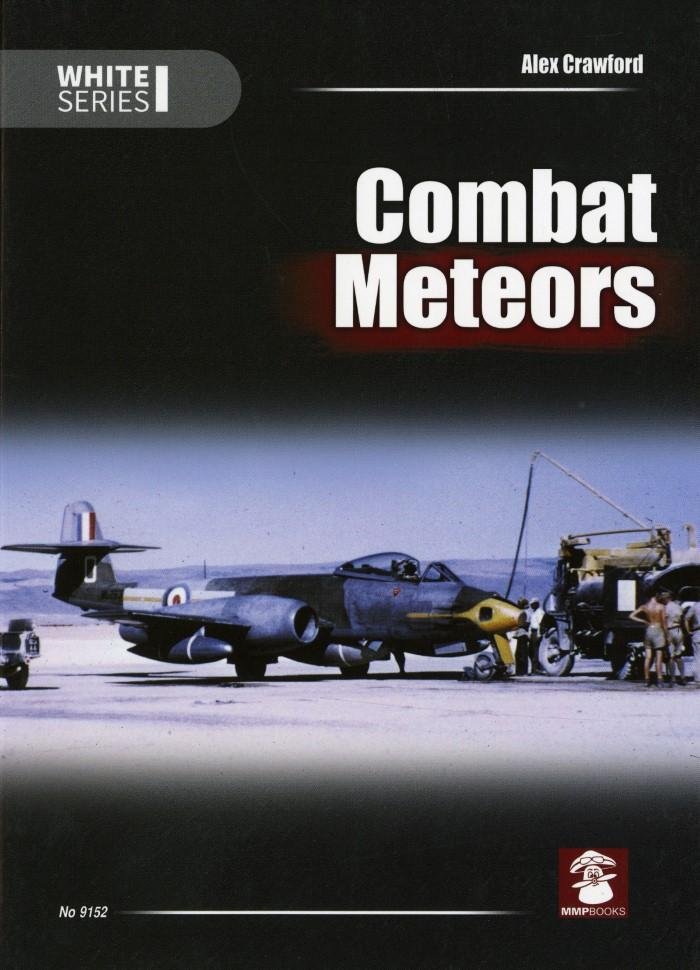 The Gloster Meteor is a favourite of many, and makes for a fascinating modelling subject due to the number of variants, colour schemes and user air arms. It’s always useful to have decent references on hand for any build project, and the new softback from Mushroom Model Publications (MMP), under the Stratus imprint, is a boon for anyone considering Meteor projects.

Combat Meteors covers exactly that – investigating the operations of Meteors flown not just by the RAF during World War Two and post-war, but also those of Australia in the Korean War, Argentina, Middle East users, and French aircraft in Algeria. 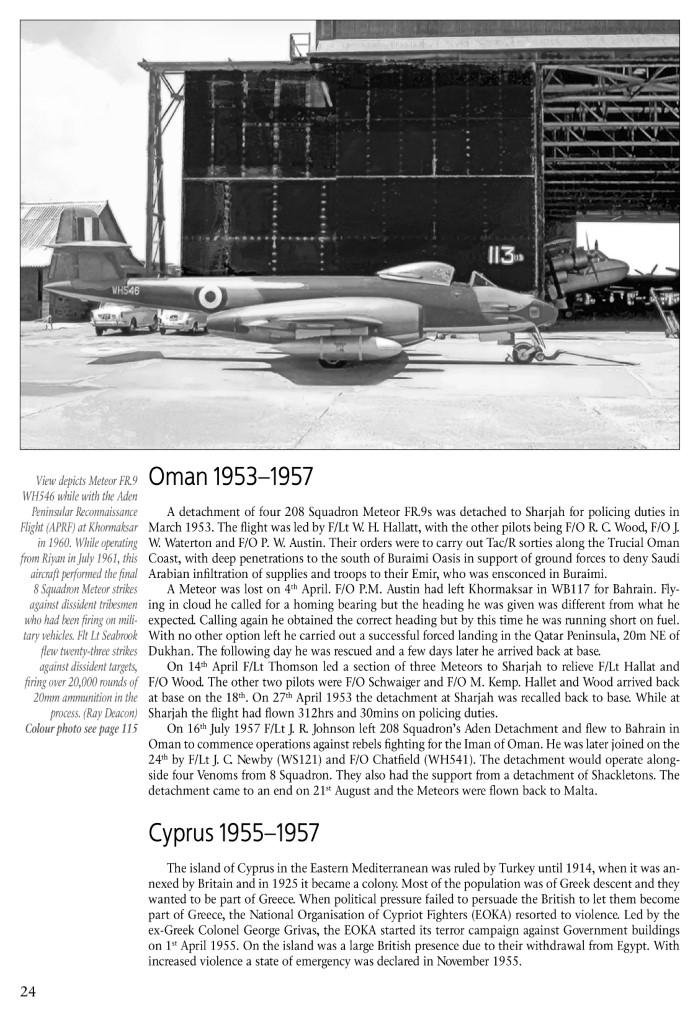 There’s a huge amount of textual detail, offering background to the subjects you might replicate in scale form. Units, individual sorties, pilots and more all feature in the narrative, and the extensive imagery provides a wealth of visual material. A fine example is the black and white study of an Aussie F.8, on page 27; anyone wanting to avoid overdoing their weathering efforts, think again, because the jet shown is filthy! 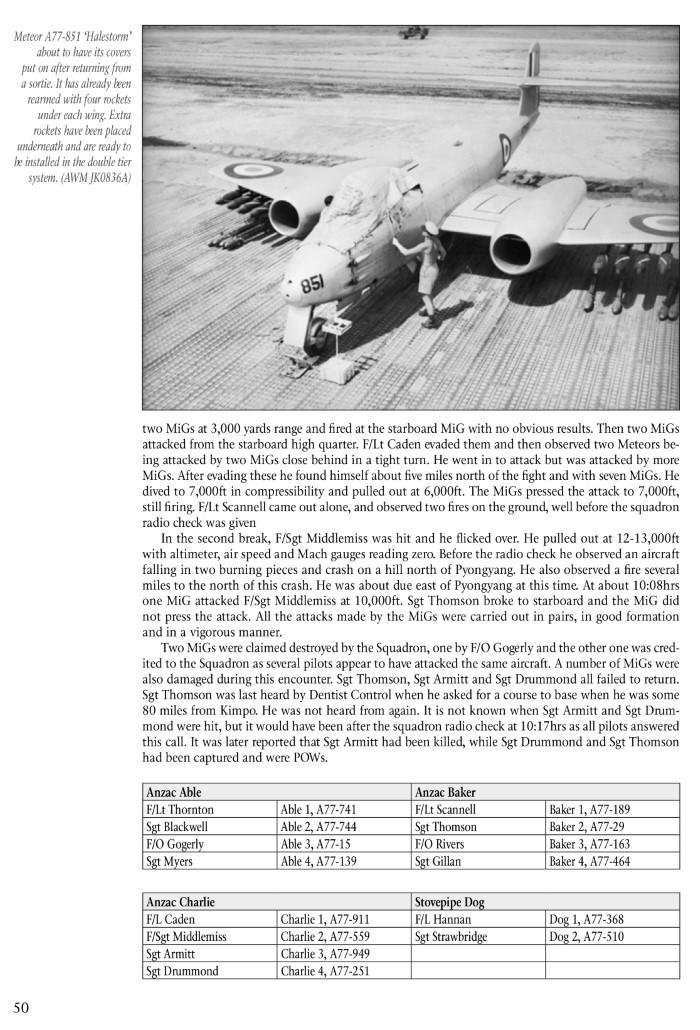 It's pleasing to see many photos of RAF aircraft, especially the reconnaissance variants with their colourful squadron artwork. However, modellers wishing to explore the export versions also have plenty to savour. The spotlight on Egyptian, Syrian and Israeli Meteors segues perfectly into the Suez Crisis of 1956, and the aircraft’s roles in that conflict. It’s great to learn more about the night-fighter variants in action, too.

A considerable amount of detail lies in the photos, such as structural nuances, markings and weaponry, while the Colour Photos chapter offers a whole other dimension in terms of accurate finishing. And for extra inspiration, there are 28 high-quality colour profiles, and 12 scrap illustrations representing nose art on Australian aircraft. Useful data tables are also present. 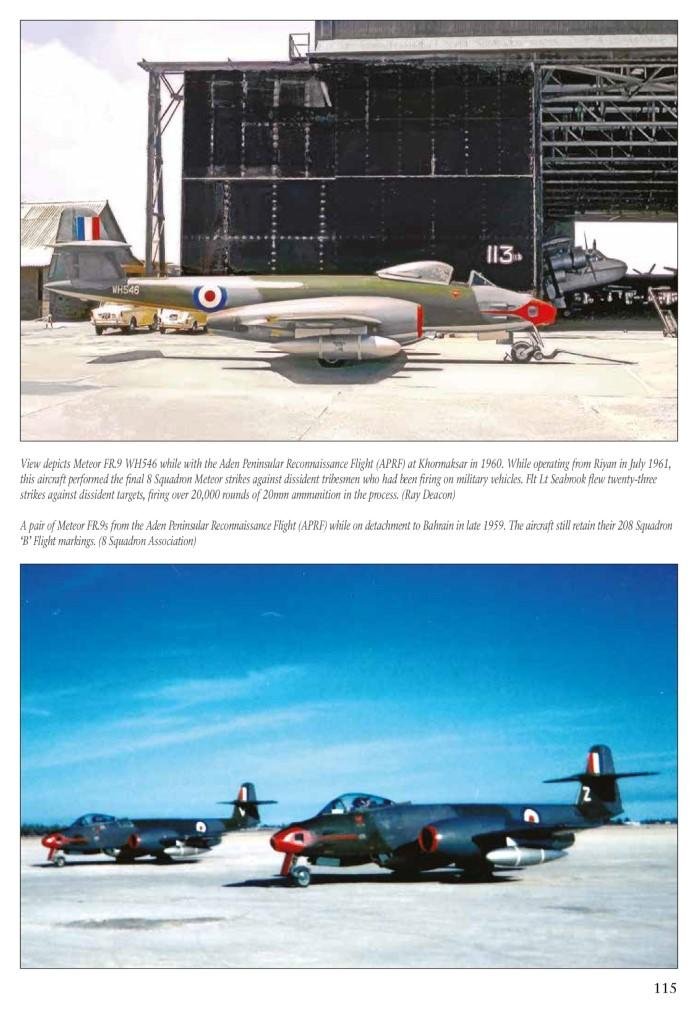 If you like knowing the history of your aircraft, as well as appreciating useful visual reference, Combat Meteors is the ideal book for anyone contemplating builds of this pioneering type. The text is absorbing, informative and well written, and at £23 the entire package is good value. It’s available from www.mmpbooks.biz 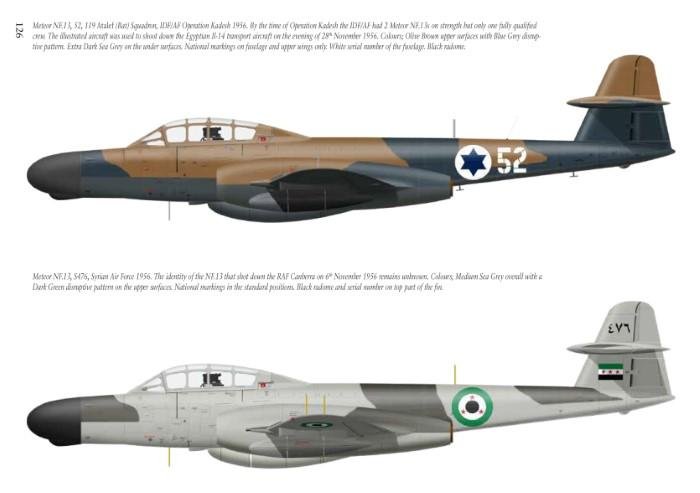