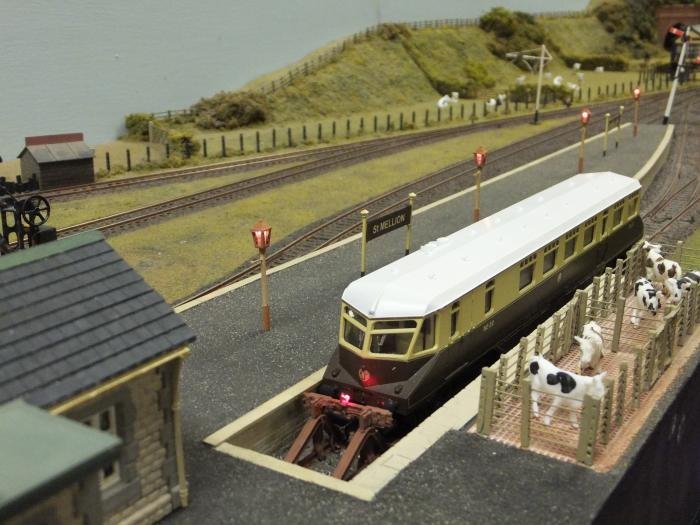 The real St Mellion is a small village situated in East Cornwall, a little to the west of the River Tamar, but it was never in reality served by a railway.

This layout was originally constructed by former Southwark Model Railway Club member Patrick Herlihy, as a representation of a former Great Western Railway branch line terminus, featuring a variety of goods facilities and a small locomotive shed. As some lines of the Southern Region (ex LSWR) are also in close proximity to St Mellion, you may also see a fair amount of Southern stock running on the layout.

The layout baseboards have been refurbished and the Southwark and District Model Railway Club have also taken the opportunity to re-model the station and add a new extension featuring a small harbour quayside for coastal shipping, and a selection of traditional seaside buildings, based on prototypes in the real St Mellion and in other nearby Cornish locations. In addition a complete rewiring of the layout has also been undertaken, the existing buildings overhauled and many of these, together with the new buildings, have been fitted with working lights. Look out for the coastal puffer a new feature of the quayside area.