Take part in Hornby Magazine's model railway quiz to test your knowledge of the model railway scene. There are ten questions on this page and we'll tell you your score. Share it online through social media and challenge your friends! 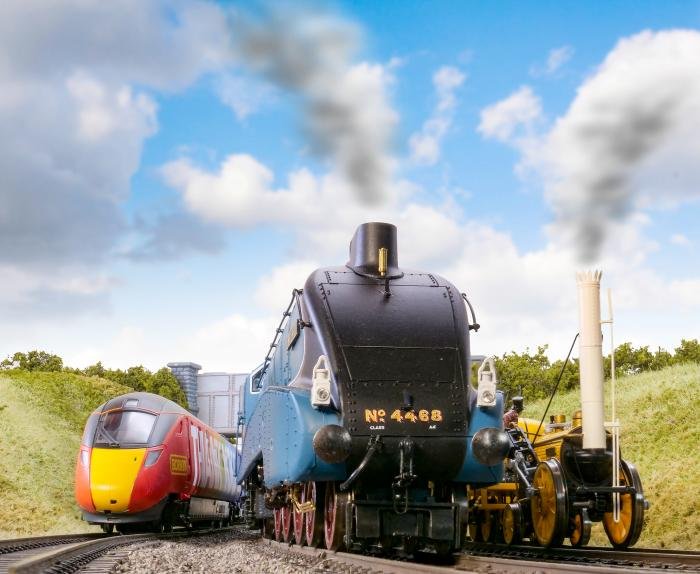 For its Centenary anniversary year, Hornby has commissioned a limited edition 'O' gauge tinplate 0-4-0 locomotive to replicate Hornby Trains' first 'O' gauge locomotive, No. 1, originally released in 1920. How many colour schemes have been commissioned?

A special 'OO' gauge Hornby Dublo branded presentation train set has been produced, recalling the original 1938 HD passenger train set. Which 'A4' 4-6-2 locomotive was selected to appear in this new set?

To celebrate its Hornby Dublo roots, Hornby has released a very limited edition diecast metal-bodied 'OO' gauge model of 6231 Duchess of Atholl. How many of this certificated limited edition model were produced?

A series of 'OO' gauge models from the Oxford Diecast range have been released as part of Hornby's Centenary range. Under what branding have they been released?

Hornby added a new 'OO' gauge model of Stephenson's Rocket 0-2-2 to its Centenary range this year. In which year did Tri-ang originally announce its model of the diminutive locomotive?

As part of the Centenary celebrations, Hornby has reissued its 'OO' gauge model of the Class 0F 'Pug' 0-4-0ST, 56025 in BR black. By what name is this locomotive affectionately known?

One of Hornby's Bulleid rebuilt 'Merchant Navy' 4-6-2s, Clan Line, has been given the gold-plated treatment for its appearance in the Centenary range this year. What is Clan Line's running number?

In what year was Rovex Plastics Ltd formed by Alexander Vanetzian?

Which 'OO' locomotive is due to appear in Hornby's Centenary Rovex train pack with a pair of Stanier corridor carriages?

BR '9F' Evening Star also appears in Hornby's Centenary range to celebrate the class' Tri-ang-Hornby roots when it was originally announced in 1971. Since then it has been retooled and will appear with a cast resin plaque commemorating its place as BR's last-built steam locomotive. In what year was it built at Swindon Works?

Not the best score... Why don't you go back and read some of our online news and features and the 2020 Hornby catalogue...

Good score. But we still think you could be better. Why don't you check out the 2020 |Hornby catalogue or The Hornby Book of Trains - The first hundred years.

Good score! Someone knows their stuff when it comes to the Hornby Centenary celebrations.

Wow! Impressive stuff! Someone has been paying attention to Hornby's Centenary celebrations...