Take part in Hornby Magazine's modern traction quiz to test your knowledge of diesel and electric locomotives and units. There are ten questions on this page and we'll tell you your score. Share it online through social media and challenge your friends! 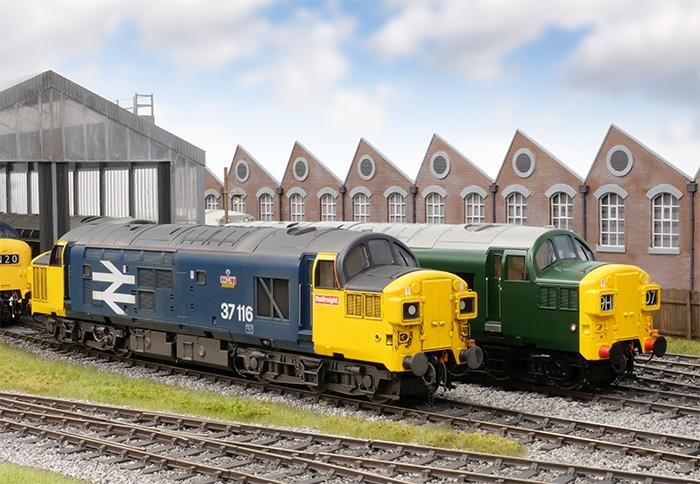 Which class of classic diesel traction are named 'Tractors'?

How many BR Class 50 Co-Co locomotives were originally built?

Under BR's TOPS system, what class was the Advanced Passenger Train (APT) designated?

Dapol's 'OO' and 'O' gauge bogie spoil wagons represent vehicles rebuilt from Bogie Bolster Es in the 1980s. What fishkind name are they better known as?

Which sub class of BR's Class 33 Bo-Bo diesels were used primarily on push-pull services between Bournemouth and Weymouth until the late 1980s?
Class 33/0
Class 33/1
Class 33/2
Class 33/3

British Rail's Trainload Freight operation was split into three in the run up to privatisation. Two were named Mainline and Transrail, what was the third company called?
Heavyhaul
Freighthaul
Overhaul
Loadhaul

What was the TOPS classification given to the prototype High Speed Train sets?
Class 252
Class 253
Class 254
Class 255

Not the best score... why don't you go back and read some of our online news and features?

Good score, but we still think you could do better! Why don't you go back and read some of our online news and features?

Good score! Someone knows their stuff when it comes to diesel traction!

Wow! Impressive score! Someone was paying attention to our exclusive content!