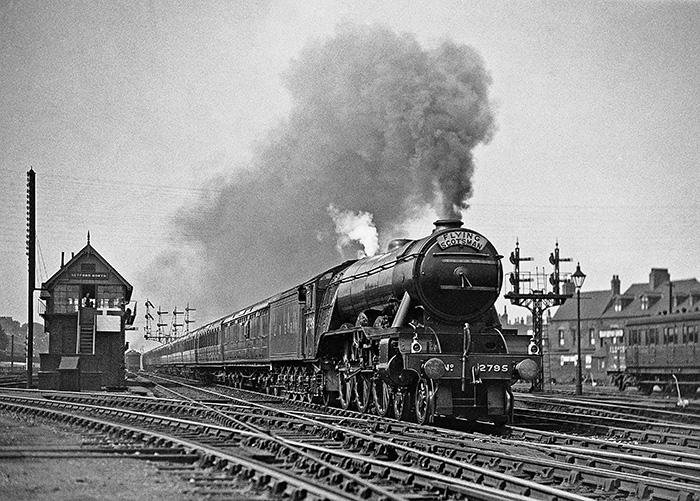 LNER ‘A3’ 4-6-2 2795 Call Boy recovers from a signal check as it passes Retford with the Up non-stop ‘Flying Scotsman’ in 1930. This 392-mile non-stop journey was one of the highlights of the ‘A3’ classes career. Rail Archive Stephenson.

THE YEARS FOLLOWING the Great War were interesting ones for the East Coast Main Line (ECML). Although the number of people wanting to travel was rising steadily, the time taken to travel from London to Scotland was still the same as in 1896, when agreement had been reached by the rival east and west routes to not run any services quicker than eight hours between London and Edinburgh or London and Glasgow. This was, in fact, the same schedule that had applied in 1889 and came about as a result of a number of accidents caused by trains being driven recklessly during the famous ‘Races to the North’.