As well as being offered singly, four-vehicle packs (apart from departmental colour schemes) will also be available. All coaches are being produced in standard (unlit) and illuminated forms. 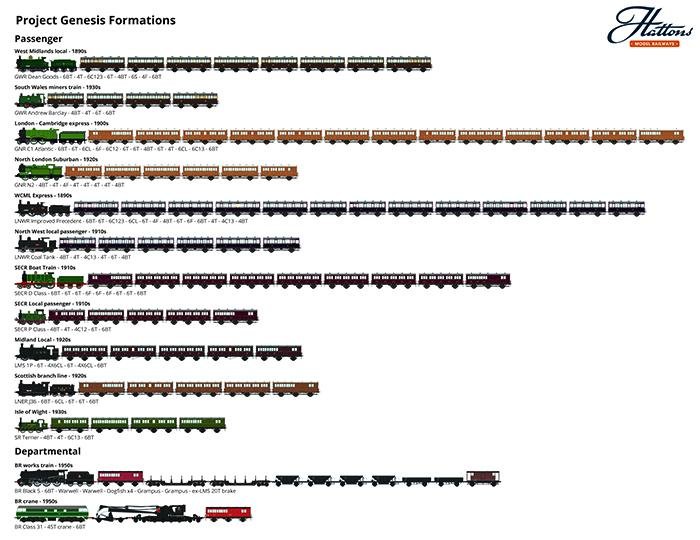