MOST YOUNGSTERS even these days have a particular place they congregate. For some it’s the local park, others the corner shop, but for me it was a busy windswept railway junction in West Yorkshire known as Heaton Lodge.

Situated about two miles west of Mirfield, Heaton Lodge Junction was where the Lancashire & Yorkshire Railway’s Calder Valley route and the London & North Western Railway lines converged. Even up to the mid-1980s this was a busy route with more than 130 trains a day in each direction, more than half of which were freight. 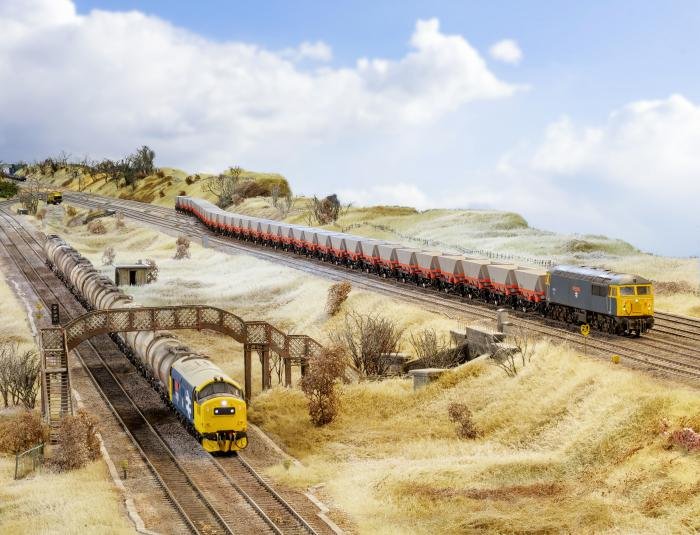 Above: A kit-built Class 56 leads a long rake of 35 HAA hoppers across the junctions at Heaton Lodge as a Class 37/0 takes a fuel train on the ‘dive under’ route towards Huddersfield. Simon is working his way through the mammoth process of weathering the long block trains for the layout.