HELJAN LAUNCHED a brand-new 'OO' gauge model of the BRCW Class 26 Bo-Bo diesels at Model Rail Scotland spearheaded by the introduction of a Class 26/1 with twin car-style headlights for working the Far North Lines in Scotland. 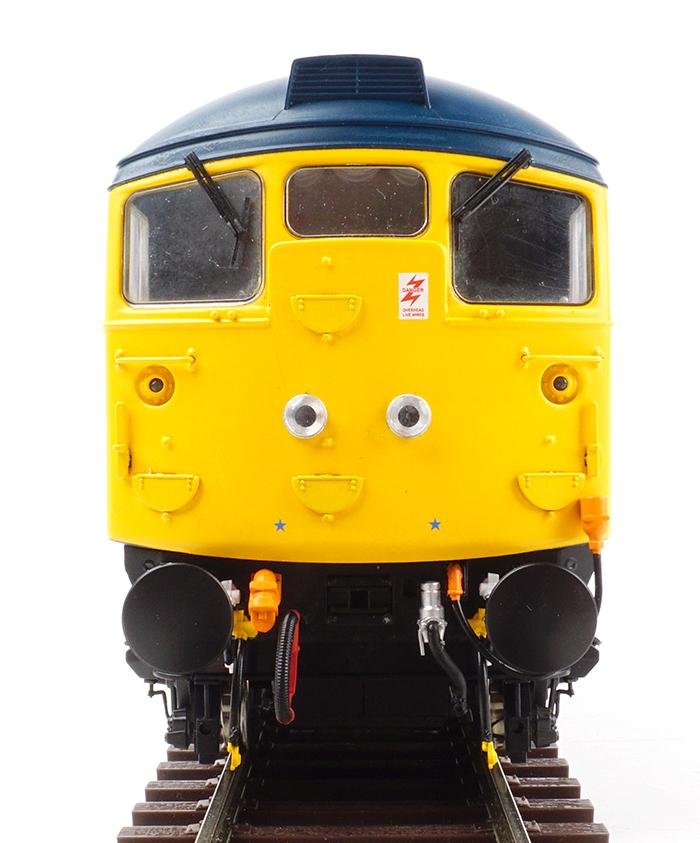 Above: Heljan is adding a new tooling for the Class 26 to its 'OO' gauge collection, launched by the car headlight locomotives. This is Heljan's 'O' gauge version which is in development.

The new announcement at Model Rail Scotland is the first step in a full revamp of the popular Heljan 'OO' gauge Class 26 and comes in response to demand since the announcement of the 'O' gauge Class 26/1 with car-style headlights. The distinctive lights were fitted to Class 26s allocated to Inverness depot for use on the Far North Lines in the early 1970s which they retained until the mid-1980s.

The new Class 26/1 specification will include separately switchable head, tail and cab lights plus engine room interior lights, a 21-pin DCC decoder socket with access through a removable hatch in the roof, plug and play DCC sound capability and brand-new tooling for the locomotive.

Above: The Class 26/1 for 'OO' gauge will have independent lighting control, a 21-pin decoder socket and more. This is the 'O' gauge version.

The Inverness locomotives are the first announcements and will model 26039 in BR blue with twin headlights (Cat No. 2635) and 26032 in BR blue with Highland Rail stag emblems (2626). Both locomotives will have early circular radio pods which were added to improve communications when operating on the Far North Lines from Inverness to Kyle of Lochalsh, Wick and Thurso.

Heljan has also said that a wide range of upgraded Class 26/1s will be revealed in the coming months modelling the class from introduction in the late 1950s through to withdrawal in 1993. In addition, an upgraded Class 26/0 is planned to follow later.

Prices and a release date were to be confirmed by Heljan.