Changing from ‘OO’ to ‘O’ gauge is much simpler than it used to be with an increasing range of motive power and greater consideration to digital control and sound. MIKE WILD opens up the Heljan Class 05 for ‘O’ gauge and shows how it can be enhanced with sound quickly and simply. 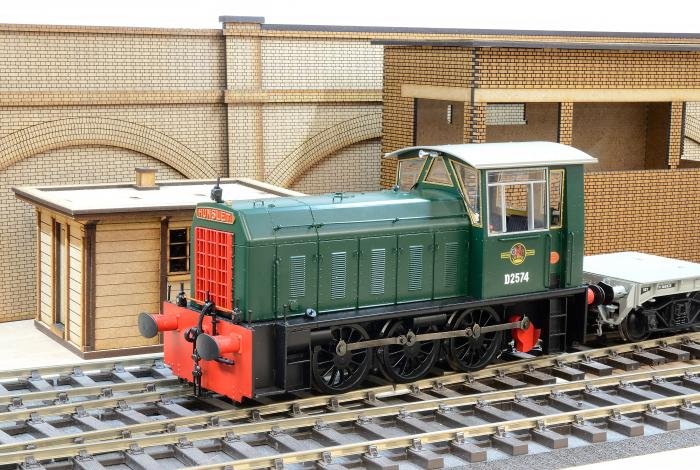 Above: Shunting locomotives and small main line engines make the ideal starting point for ‘O’ gauge, and all of the recent 0-6-0 chassis locomotives have either an 8-pin or 21-pin decoder socket – just like ‘OO’ gauge products. This Heljan Class 05 is the subject of our latest sound installation.

Compact locomotives make a great starting point for a first layout in ‘O’ gauge. Its tempting to get into main line locomotives – I should know! – but 0-6-0 steam locomotives and diesel shunters shouldn’t be overlooked for their potential. Moreover, if you have already been modelling in ‘OO’ gauge, the smaller ‘O’ gauge locomotives are closely related in terms of motor power requirements and the types of decoder interface you will find inside.

With all that in mind we decided to select one of the recent ‘O’ locomotives at the 0-6-0 end of the scale. There is plenty of choice with Dapol having produced the Class 08 shunters, LMS ‘Jinty’ 0-6-0T and GWR ‘57XX’ 0-6-0PT while Minerva has added the ‘57XX’ and ‘8750’ 0-6-0PTs to the pack. More are coming too including Dapol’s plans for the GWR ‘14XX’ 0-4-2T and Sentinel 4wVBT, Minerva Model Railway’s Manning Wardle ‘K’ 0-6-0ST, Little Loco Company’s Ruston 48DS and the Class 03 from Heljan. Add to that the 21-pin decoder socket equipped AC Cars Railbus and Class 128 DMUs which are already available from Heljan and the impending release of Dapol’s Class 121 and 122 single-car DMUs – which will also have 21-pin decoder sockets - and it really is the perfect time to be building in ‘O’ gauge.

Our subject choice though is Heljan’s Class 05 0-6-0 diesel shunter – a class of 69 locomotives built between 1955 and 1961 by Hunslet. They weren’t as widespread in their operation as the Class 03 – the subject of Heljan’s next shunting locomotive – but they had plenty of character and the same Gardner 8L3 engine as the Class 03.

The latter point might seem trivial, but when we are talking about sound, the aim is always to get the most realistic engine sound and while I’m not aware of a specific Class 05 sound decoder, Digitrains offers an Active Drive sound file for Zimo decoders with brake function which has been recorded from a Class 03. The only major difference (though there are other minor ones) is that the ‘03’ had a five-speed gearbox and the ‘05’ a four-speed.

Back to the project at hand. Heljan has done a good job in creating the ‘05’ for ‘O’ gauge. It looks the part, is simple to dismantle and runs beautifully too. It is also equipped with a 21-pin decoder socket which makes the process of conversion to Digital Command Control (DCC) simple – remove the decoder blank and install a 21-pin decoder of your choice in its place. Including removal of the body, this can be done in under five minutes.

Here we are going to the next level to install a sound decoder in the locomotive. The decoder fitting part of the process is identical - unplug the blank, plug in the decoder – but adding a speaker is a little bit more involved. Heljan has included a JST style socket on the circuit board to allow connection of a speaker, but unfortunately there is no cable included with the model to make this a simple case of plugging components together. Instead we have two choices: the first is to connect it directly to the pins at the base of 21-pin socket, but that is very difficult due to the proximity of components. Fortunately, option two is more feasible and that it is to carefully solder two leads to the back of the socket provided for the speaker and then solder those to the speaker. It takes a steady hand, but is doable even with a 2mm soldering nib if you are careful.

In terms of speakers, the model is designed to work with a 23mm round speaker – like those supplied on ESU sound decoders. However, our plan was always to install something with a better depth of tone and for this model we chose to take out the factory fitted speaker baffle and put in a Zimo 15mm x 11mm cube speaker. Black Tack – high strength Blu Tack – holds the speaker in place, but also allows for adjustment now and in the future should it be necessary. We’ve come across much more complex projects in ‘OO’ gauge before and it is pleasing to see that manufacturer’s of small ‘O’ gauge locomotives are thinking about the end user and what they will want to do. The step by step guide explains the full process involved in equipping a Class 05 with a Zimo MX644D 21-pin decoder and 15mm x 11mm ‘sugar cube’ speaker. Read on to learn more.

Heljan's 'O' gauge Class 05 diesel shunter gets a digital sound makeover in HM135 to show the simplicity of upgrading to 'O' gauge sound with this 21-pin decoder fitted locomotive. Our project uses a Zimo MX644D decoder and 'sugar cube' speaker to create all the right noises. Watch it here. 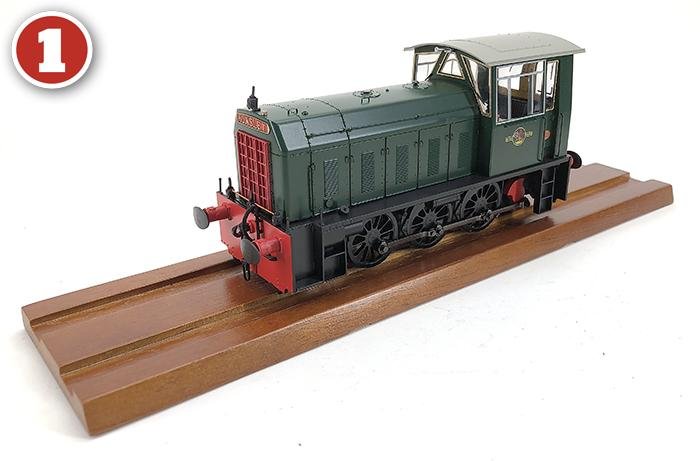 Heljan’s Class 05 debuted in September 2017 (HM125) offering a second ready-to-run ‘O’ gauge diesel shunter after Dapol’s Class 08. It comes packaged in a sturdy cardboard box and is secured to a wooden plinth. 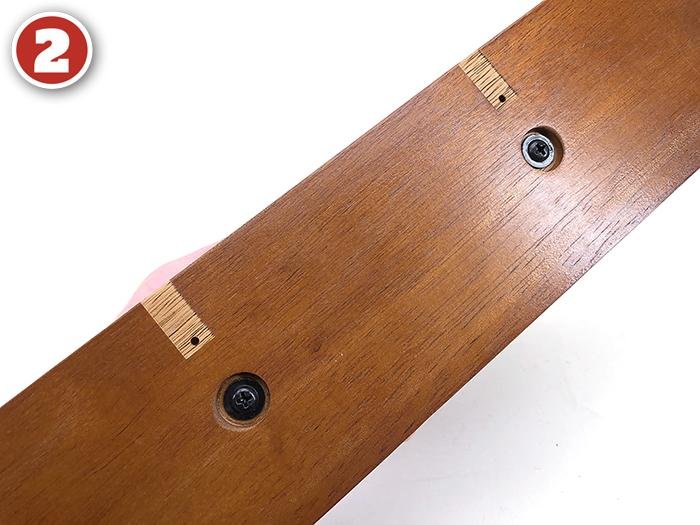 Two crosshead screws secure the locomotive to its plinth which keeps it secure in transit and also makes it attractive to display while you are building your layout. 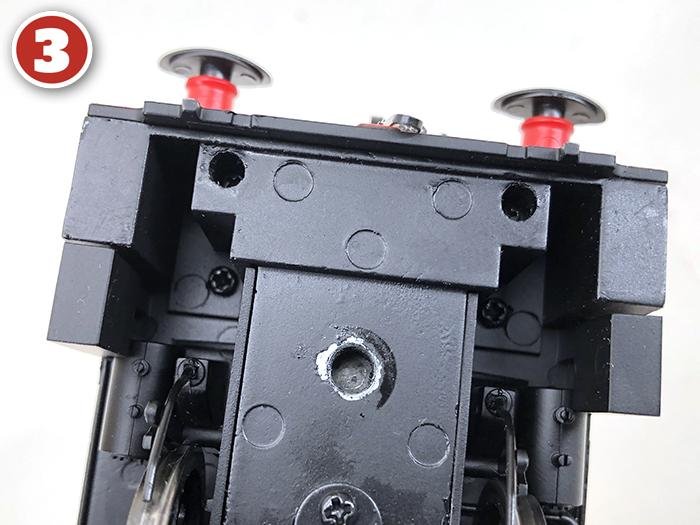 Access to the internal workings requires removal of six screws from the chassis. The first two are located either side of the front of the chassis block and screw up into the body. Use a crosshead modeller’s screwdriver to remove these. They have long shanks which makes them simple to refit at the end of the process. 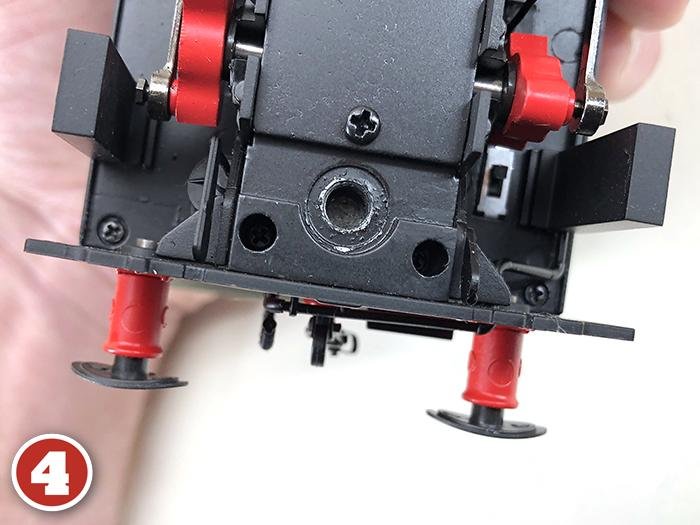 The remaining four screws are positioned at the four corners of the cab section. Two are at the rear at the outer edges. All are crosshead screws. 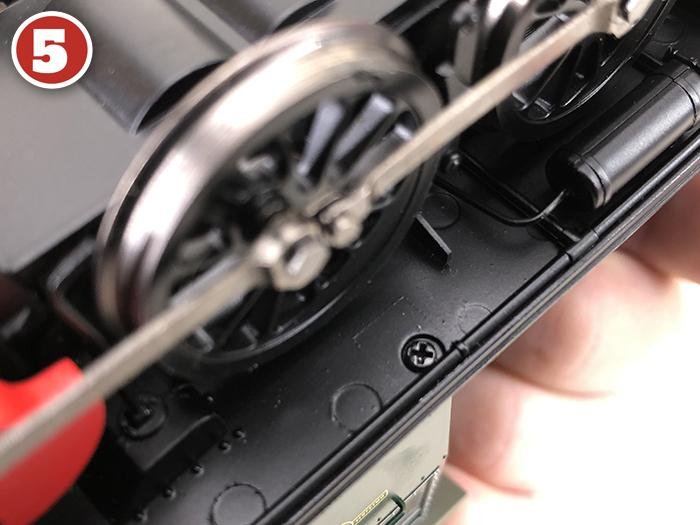 The final pair are located either side of the rear driving wheel and screw into the front corners of the cab. 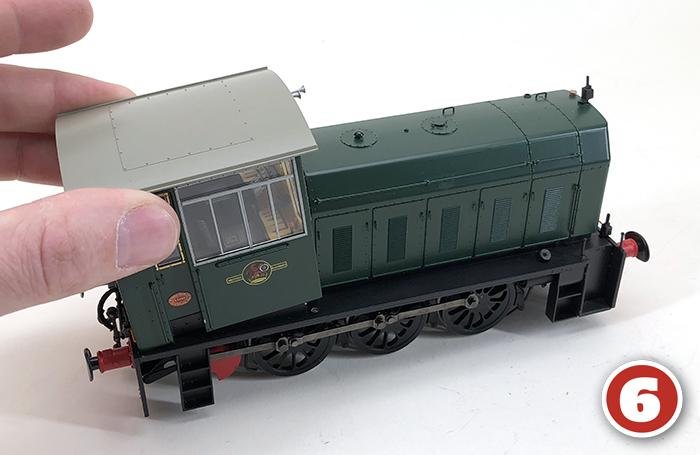 Once all the screws are out you can lift the cab section to allow the bonnet to be removed. Don’t try to remove the cab straight away as it is connected to the main Printed Circuit Board (PCB) by a pair of wires. 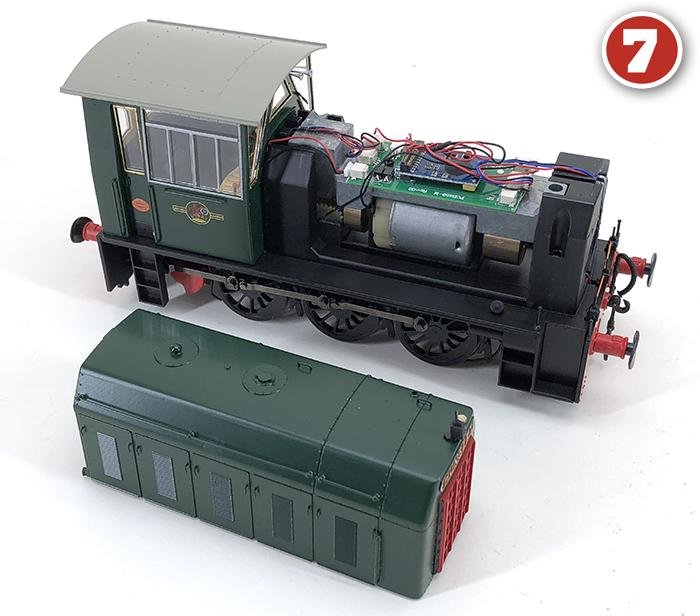 The bonnet section hooks underneath the lower corners of the cab, hence the need to tilt the cab back to extract it. Once removed it reveals the twin flywheel motor, 21-pin decoder socket and main PCB. 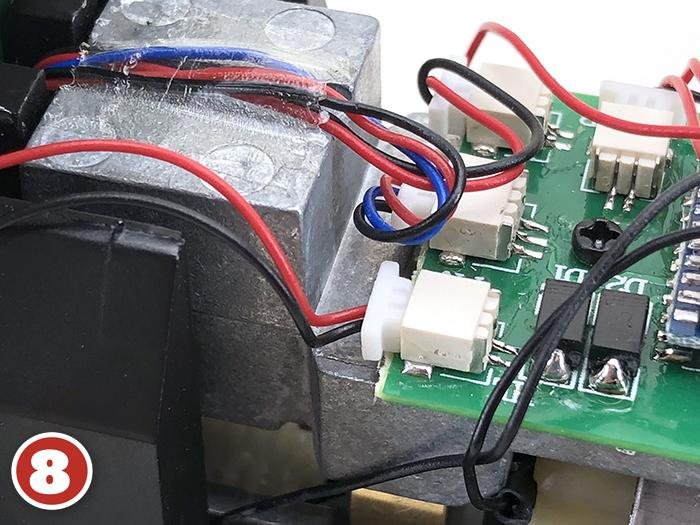 The connector nearest to the camera is the one from the cab – pop this out if you want to remove the cab completely during sound fitting. 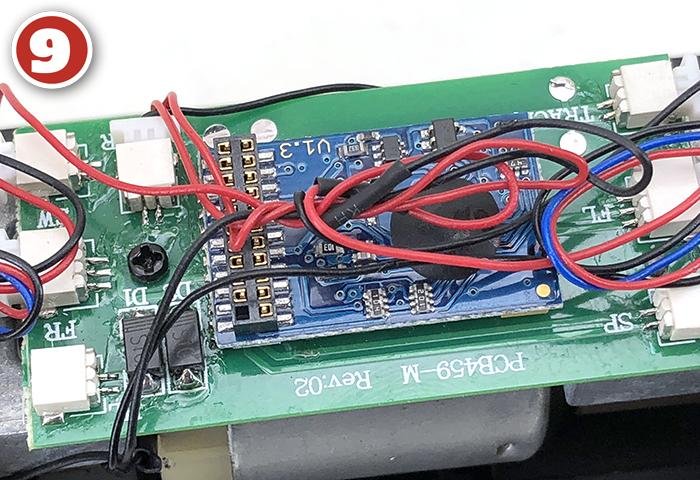 We had already placed a 21-pin motor control decoder into the Class 05 in place of the original blanking plug. It is a direct fit, but requires all the wires to be pulled to one side during installation. 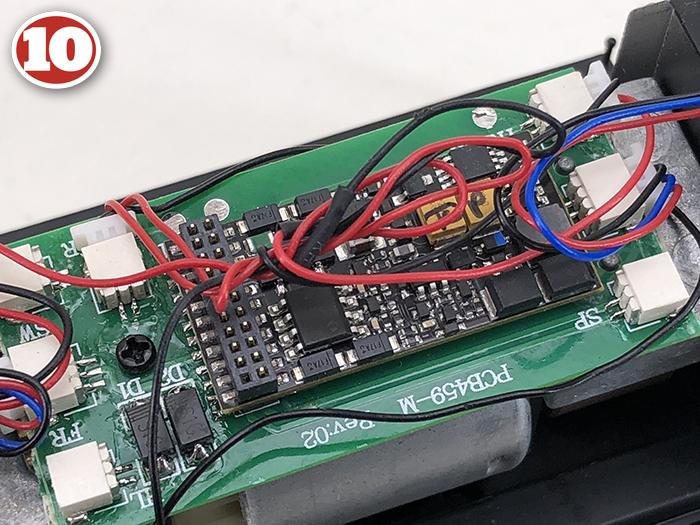 Changing over to the sound decoder couldn’t be simpler – unplug the decoder blank or previous motor control decoder and plug in the decoder. However, as Zimo 21-pin decoders don’t come with a speaker pre-soldered to them we need to find a means of connecting a speaker. 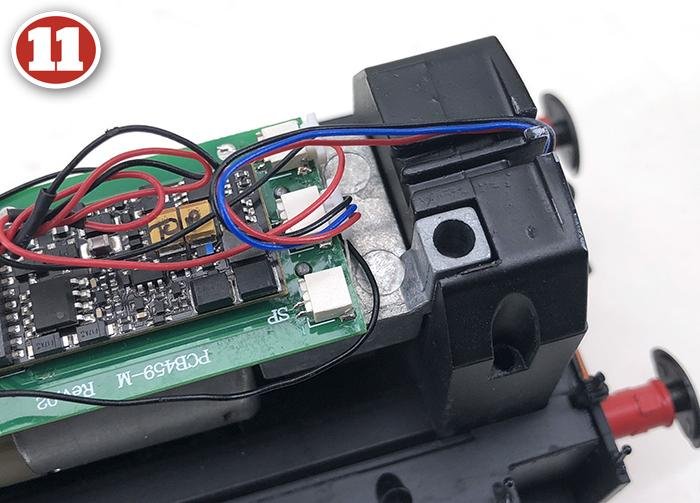 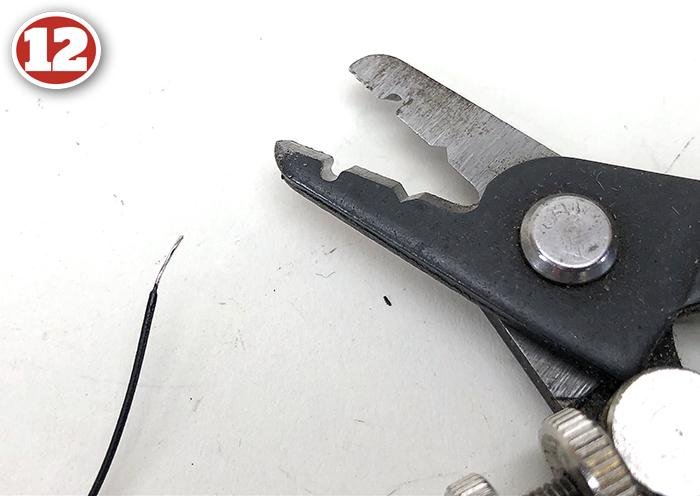 Instead we are going to solder a pair of leads to the connections on the back of the socket using decoder wire. First we stripped around 6mm of insulation from the end of the wire and then tinned it with a soldering iron and solder. Next we trimmed the length of the bare wire back to 2mm – as short as we felt comfortable with. 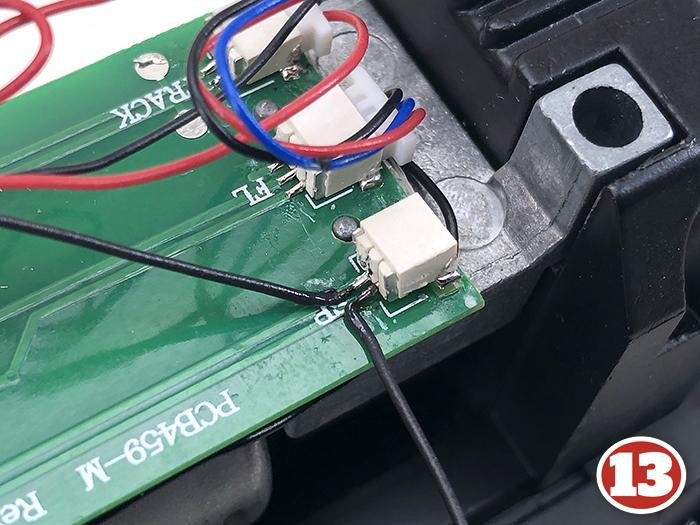 The reason we wanted the bare section of wire to be as short as possible is the close proximity of the connection points we are using. Here we have soldered the two speaker connection wires to the back of the socket provided by Heljan. To be sure of their insulation, nail varnish or enamel paint can be applied over the top once you have checked the connections work as planned. 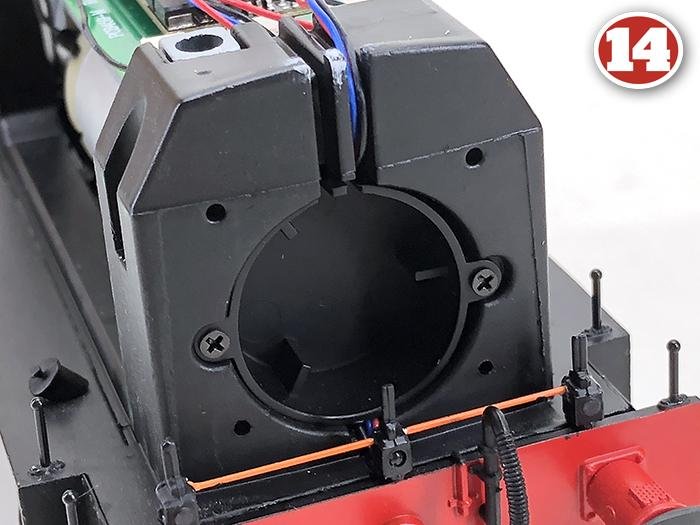 Turning to the speaker location, Heljan has made space for a 23mm round speaker in the front casing of the Class 05. There is very little alternative space and rather than cutting chunks of metal out or taking up space on the cab floor we decided to make the best of the space available. 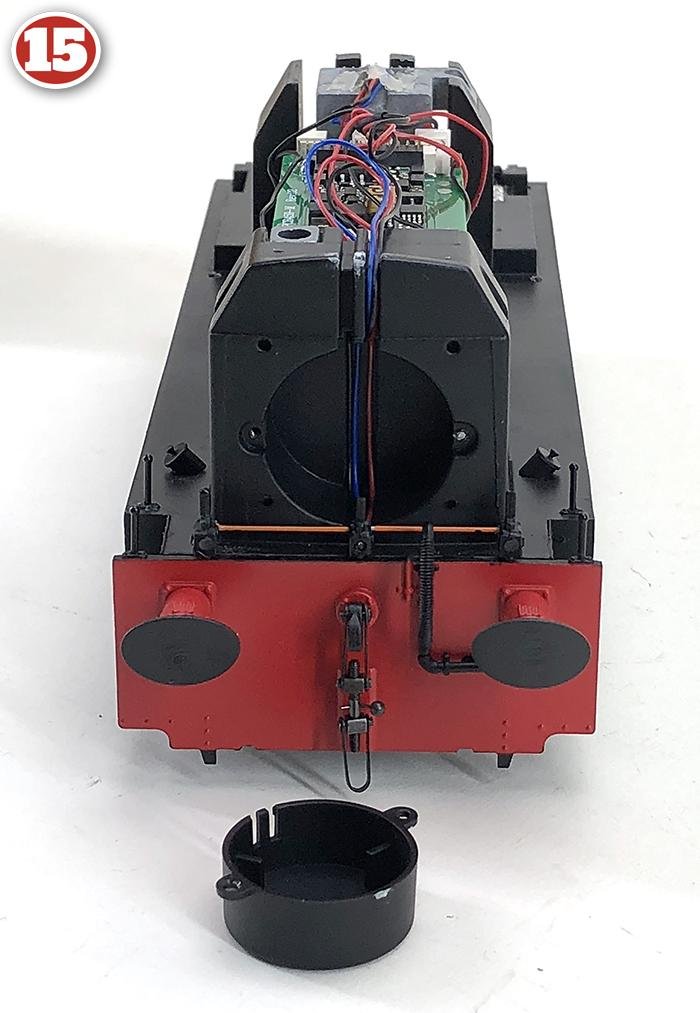 We removed the factory speaker baffle to maximise the space available in the metal casting. 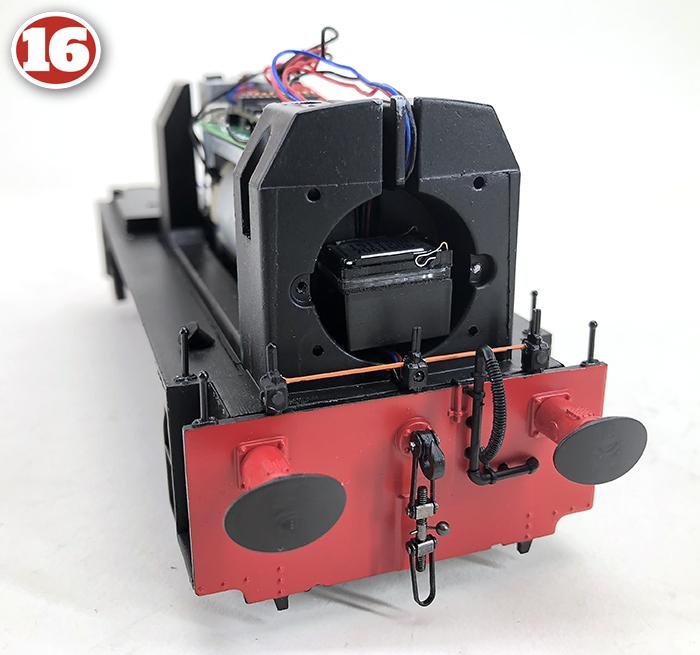 Having removed the baffle we found we could comfortably fit a Zimo 15mm x 11mm x 12mm cube speaker in without any modifications. 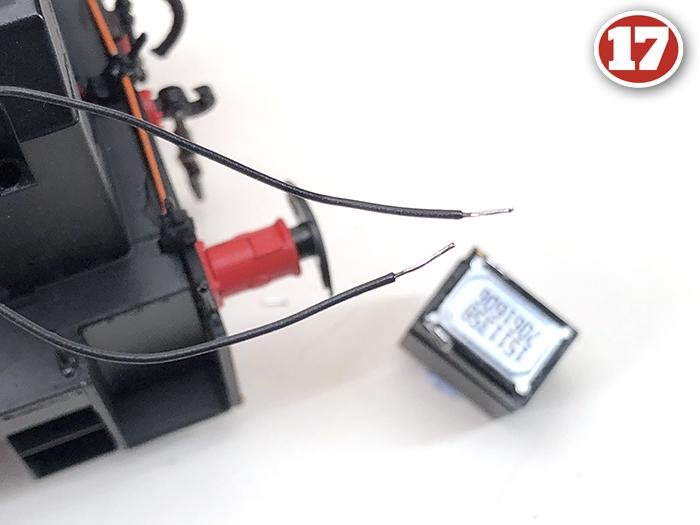 We then trimmed the speaker wires to the length required, removed around 6mm of the insulation again and tinned the bare wires to prepare them for soldering to the speaker connections. 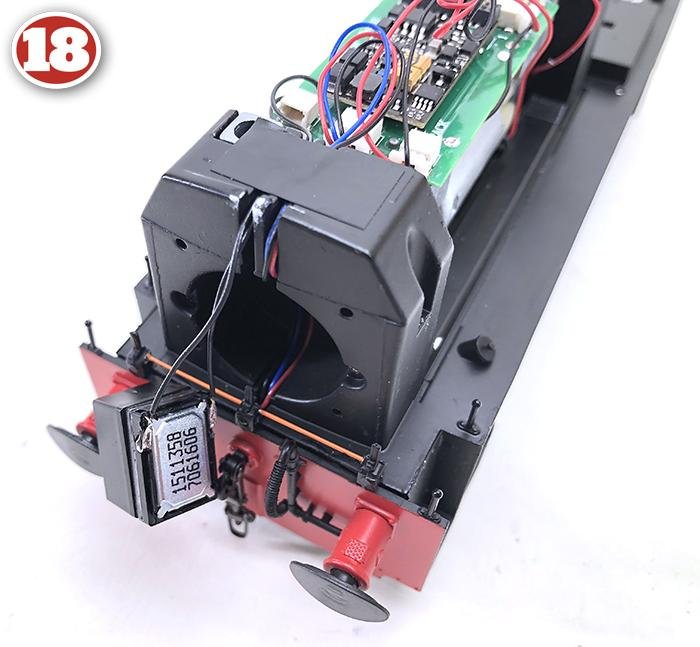 With the wires connected to the speaker we have almost completed the installation. To keep the wires in place through the pre-cut slots in the front casting a strip of insulation tape was applied over the top. 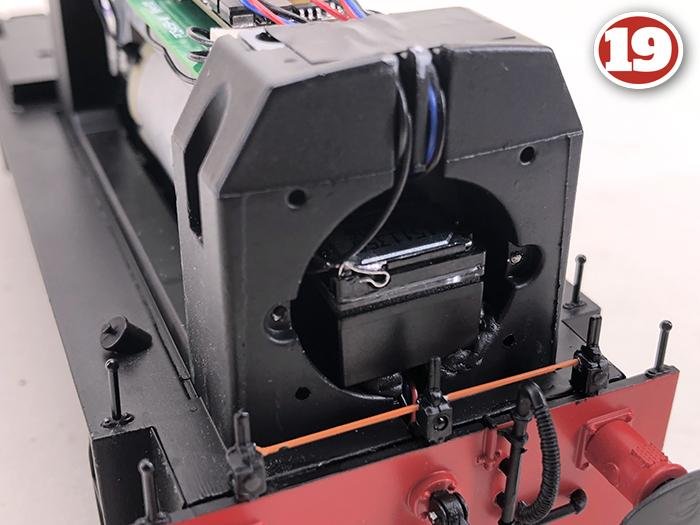 To provide a secure but flexible mounting for the speaker we used Black Tack – a high tack version of Blu Tack – to hold the speaker in place in the well. If you don’t have Black Tack the traditional high street Blu Tack will work just as well. 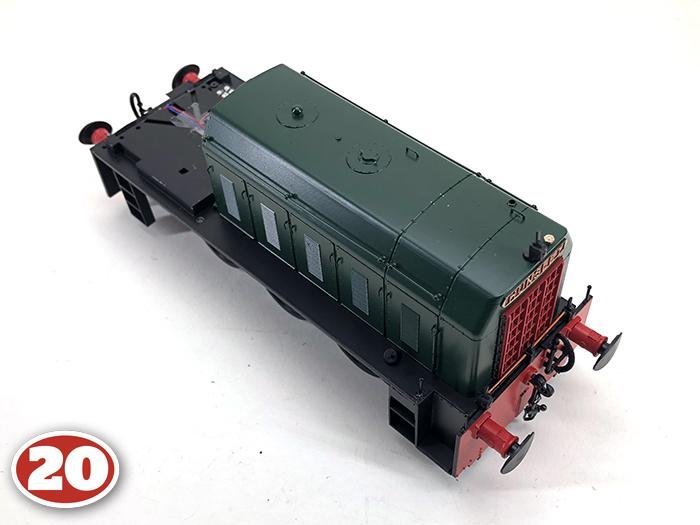 The bonnet can now be replaced over the front of the chassis to check that everything still fits within as planned. The etched brass grille at the front makes a perfect route for sound to escape from the speaker. 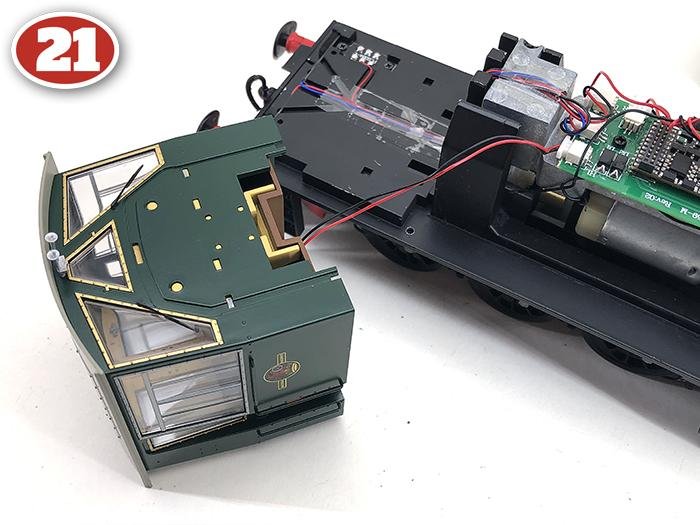 Lift the bonnet back off and the cab light wires can be reconnected to the main PCB prior to the body being reassembled and screwed back in place. 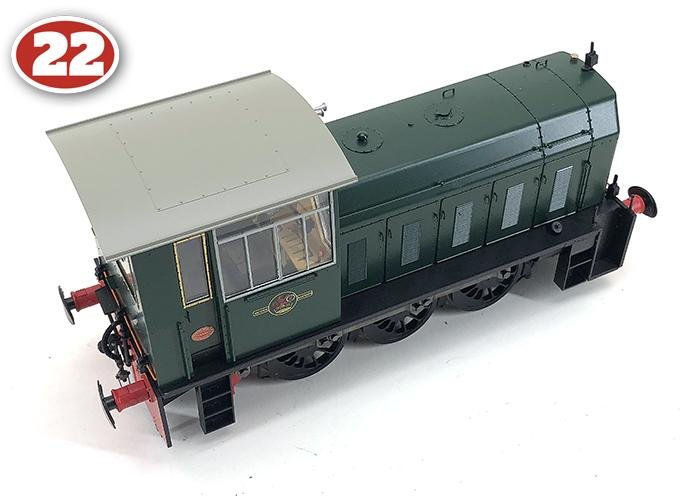 Once the model is fully assembled it is ready for testing and addressing to put it into service. All that remains is to give this locomotive an identity which we will do with Fox Transfers FRH7005 7mm scale early diesel era locomotive numbers. 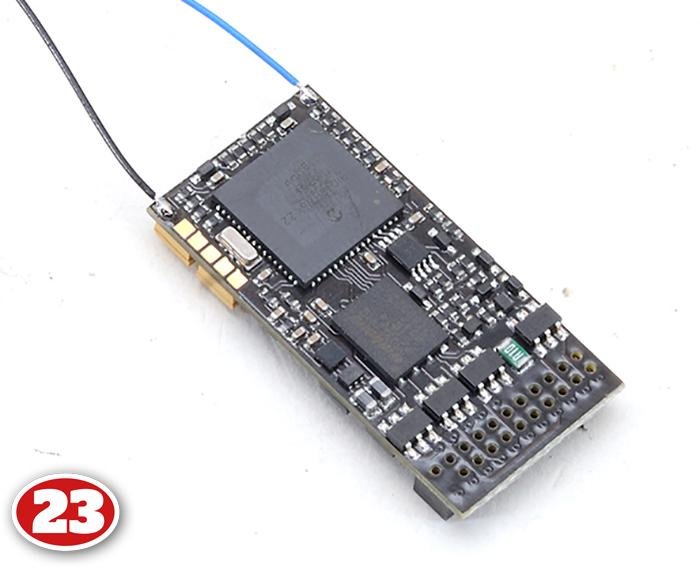 Subsequently we added a stay alive capacitor pack to the Class 05 for improved performance. The MX644D decoder has two solder pads on the rear, as detailed in the instruction sheet, which a stay alive pack can be soldered to. The packs are polarity sensative and the blue wire must be connected as shown in the image above. The black (or grey wire, depending on brand) goes to the other terminal. 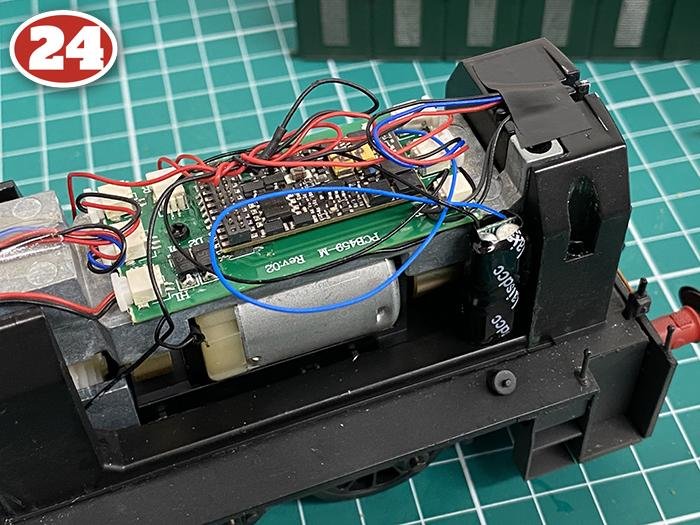 We used a Digitrains 870007 stay alive pack which offers five seconds of onboard energy storage. This pack neatly fits behind the front bulkhead on the chassis and is held in palce with Black Tack to complete the installation.