A hand-decorated early sample of Heljan's new 'OO' gauge model of the ETH equipped Class 45/1 has been shown by the manufacturer. Heljan states that the sample, finished as 45133, has incorrect parts for the identity and is not indicative of the final detail combination of any specific model. 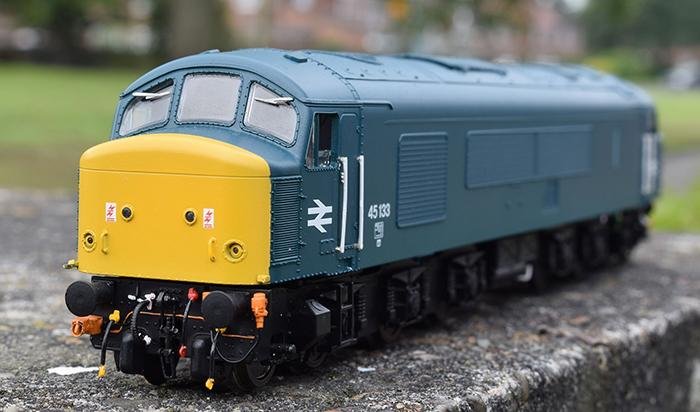 The Heljan Class 45/1 is the first dedicated ready-to-run model of the Electric Train Heat (ETH) equipped locomotives, but the manufacturer is also releasing model of the Class 45/0 for 'OO'. Heljan has also confirmed that livery artwork has now been approved and following tooling modifications decoration samples will be produced.