Heljan's 'OO' ETHEL on the horizon

Heljan's 'OO' ETHEL on the horizon 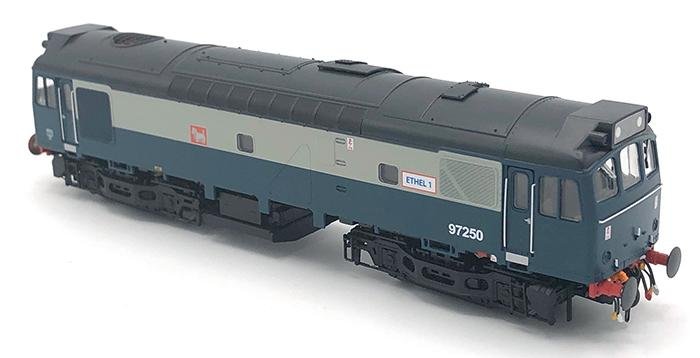 Amongst the raft of releases are two examples of the former Class 25 mobile electric train heating units converted by BR's Scottish Region, known as ETHELs (Electric Train Heating, Ex Loco), for use with BR's new Mk 3 sleeping carriages on the West Highland Line in the 1980s. They later went on to appear on charter trains hauled by steam locomotives, too. Three prototypes were converted and Heljan is releasing two models as 97250 ETHEL 1 in BR blue and grey (Cat No. 2540) and 97252 ETHEL 3 in InterCity Mainline livery (2541).

As with the prototypes, Heljan's 'OO' ETHELs will be ready-to-haul, as they will be supplied without motors, but will still feature pick-ups, lighting and a Digital Command Control (DCC) decoder socket for digital sound installations.