Eduard has added another 1/48 Weekend Edition kit to its range by offering the bare styrene parts from its Bf 109G/AS ProfiPACK. 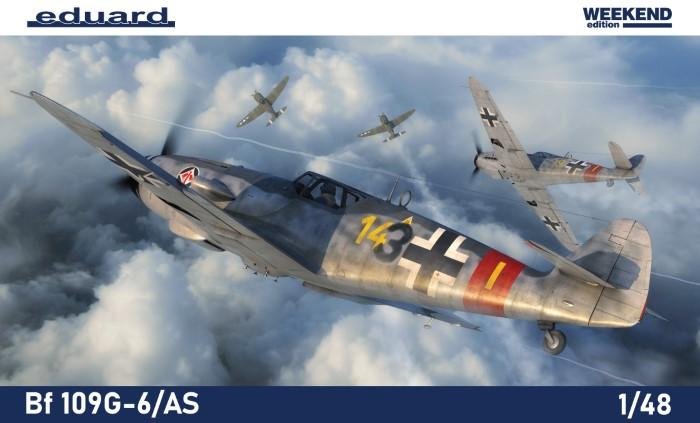 One of the many attempts to upgrade the Bf 109 during World War Two resulted in the G-6/AS sub-type, which eschewed the large ‘Beule’ gun breech covers on each side of the nose, for a refined cowling without the blisters  ̶  due to employing the DB605AS powerplant for high-altitude operations. These aircraft were often flown in clean condition during defence of the Reich missions, to reduce drag.

Eduard’s recent Weekend Edition kit uses the styrene components from its previous Bf 109G-6/AS ProfiPACK, which offers this variant's refined cowling via whole new fuselage halves. All the benefits of previous boxings are present, such as separate control surfaces, and a well-detailed cockpit... and there will also be plenty of spares for other builds. The AS airframes that can be built here all have the so-called Erla hood, tall tail and fixed tailwheel.

The other bonus of this Weekend Edition is that decals for five fresh liveries are included... three Luftwaffe and two from the Finnish Air Force (see below for Eduard’s colour scheme sheets). For further details on this package, which costs £11.71 direct from the company, visit: www.eduard.com 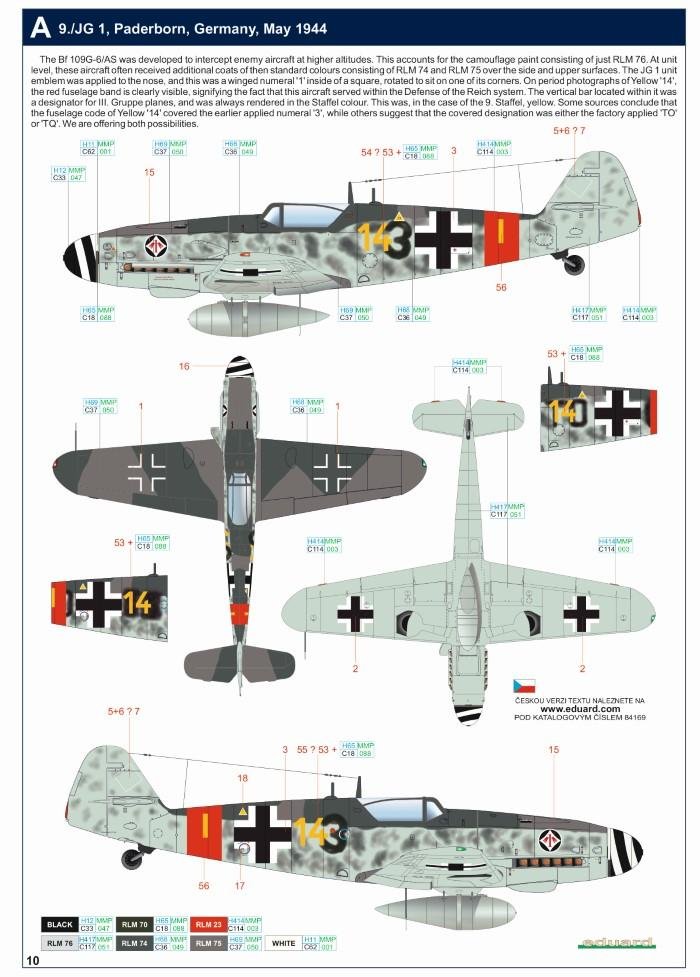 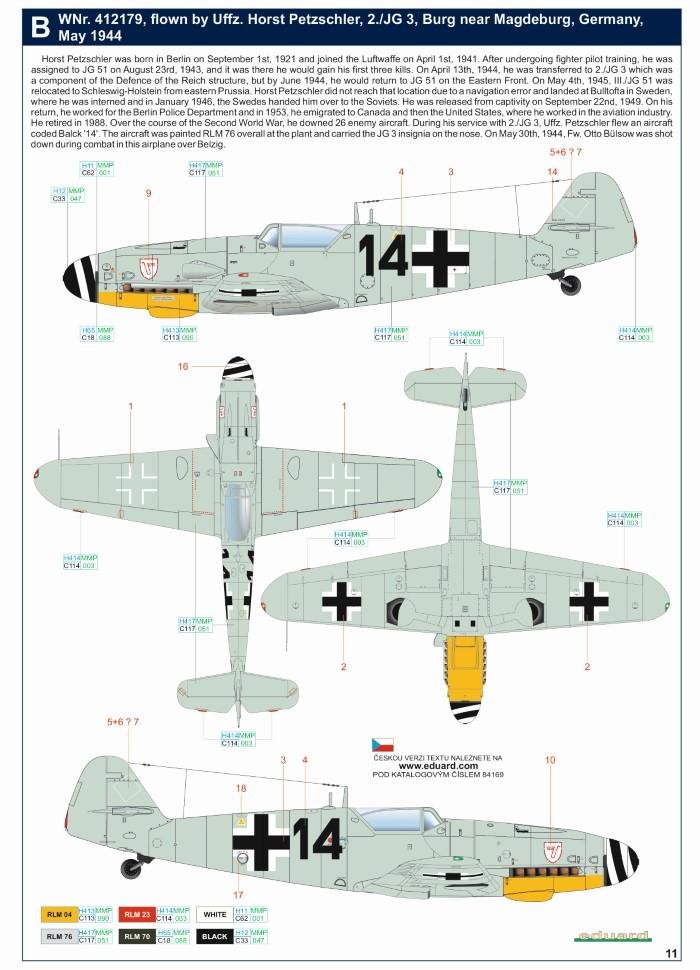 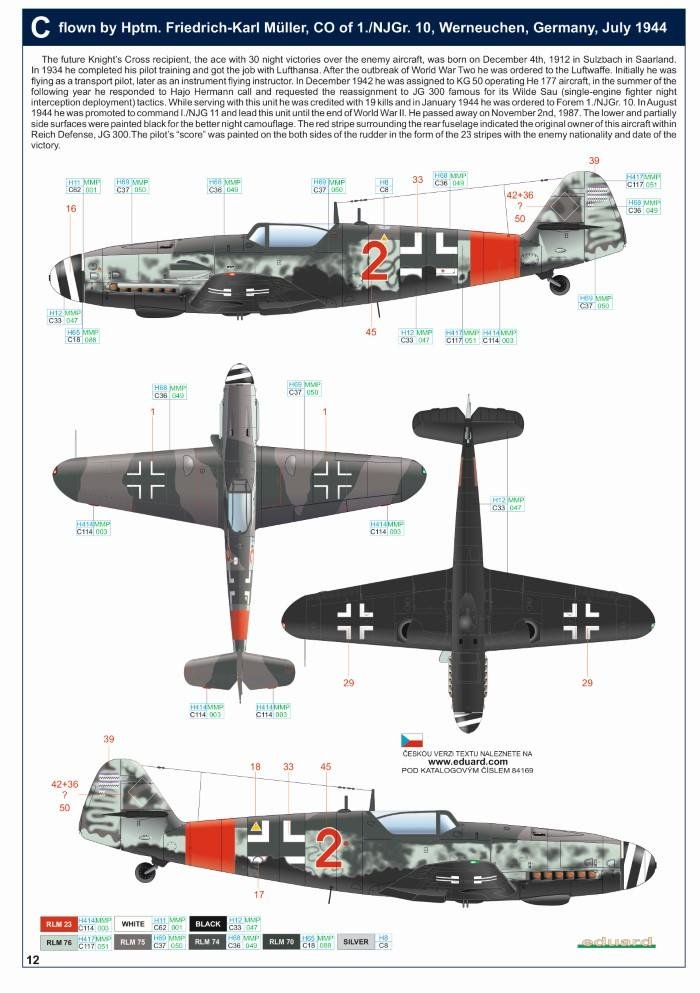 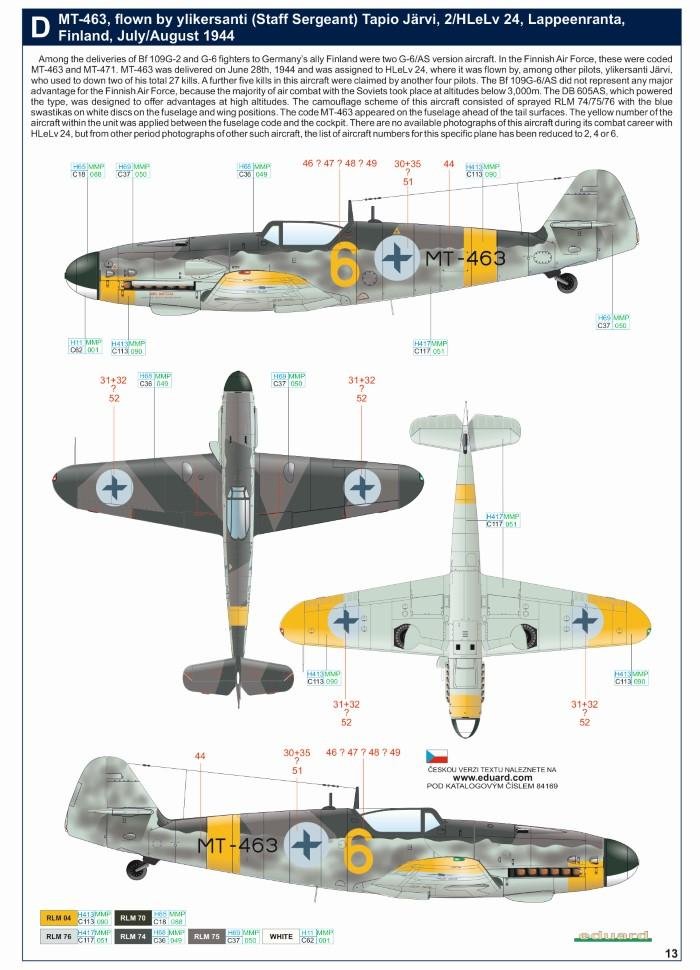 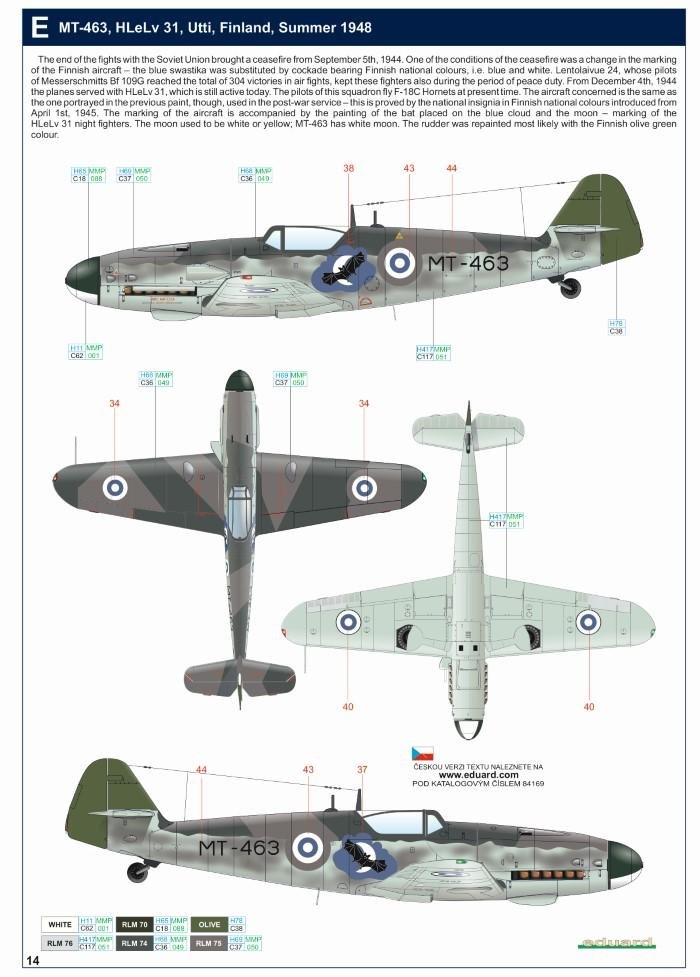