High End on a Hot Day 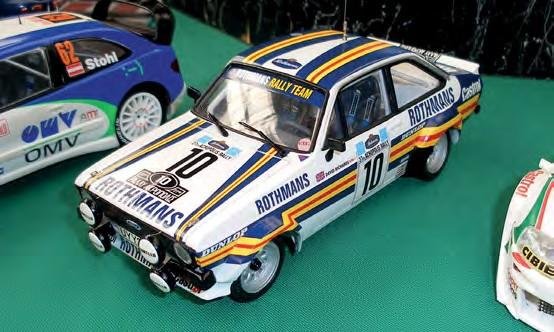 How’s this for a bit of retro racing? Kevin Leadley, of North Somerset Modellers, combined Revell’s 1/24 Escort kit with Studio 27 and Reji enhancements…the result being this 1980 Escort Mk.II Acropolis Rally car, as driven by David Richards.

Staging a truly great model show is a challenge, but the organisers were more than up to the task, as demonstrated on June 3. IPMS Salisbury’s event offered a wealth of club displays from far and wide, and a host of traders. Despite the hot temperatures in the sports hall (a result of the British weather defying usual expecation), modellers shuffled up and down the various isles, pausing to photograph a model on display, pounce on a bargain kit from under a club table or chat with an old friend; the event had the feel of a great model club meeting rather than a fullblown show.