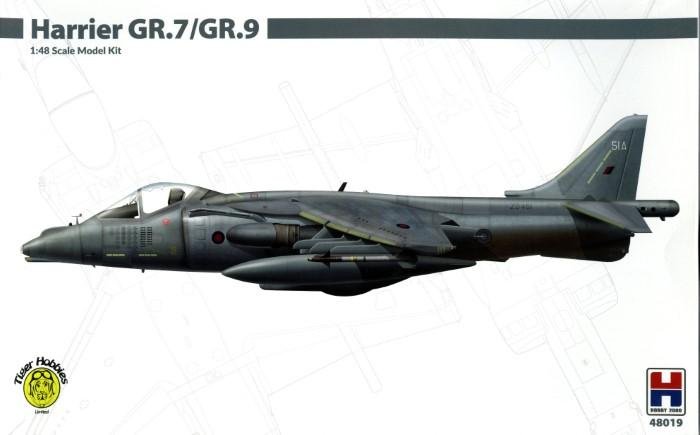 Hasegawa is the only company to have released a British Harrier GR.7/9 in 1/48 scale, and the parts have subsequently been re-boxed by Revell and Eduard. Now, though, the mouldings return through a special boxing by Hobby 2000 at the behest of Tiger Hobbies. Kit 48019 provides all the runners previously available in other boxings, but provides new decals for three RAF machines from 2003, 2008 and 2010.