Chris Jones builds Hobby 2000’s re-boxing of the Hasegawa-tooled 1/72 Beaufighter Mk.VIc, (almost) out of the box. 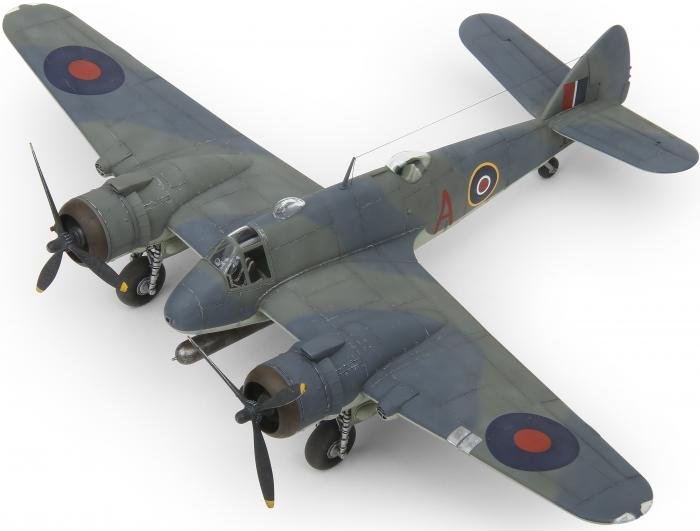 A rugged workhorse if ever there was one, Bristol’s Beaufighter served all over the globe during World War Two, from steaming Asian jungles to blistering North African deserts.

On the home front, Coastal Command needed to replace its somewhat vulnerable maritime attack aircraft, and the 'Beau' was the ideal candidate. Owing to its success and development potential, an almost bewildering array of different versions entered service – Mk.Is and VIs featured Bristol Hercules engines.

For the purposes of this article, the 'C' suffix denotes Coastal Command while ‘F' is for Fighter Command and 'ITF' stands for 'Interim Torpedo Fighter'. The last of these sub-types was an interim stop-gap variant that was eventually superseded by the more powerful Beaufighter Mk.X –a much-improved version of the famous 'Torbeau'.