2020 MARKS the 100th anniversary since the first Hornby clockwork train was launched by Frank Hornby and Meccano. The tinplate ‘O’ gauge locomotives were offered in a choice of colours with wagons, carriages and track.

To celebrate, Hornby has planned an ambitious range of commemorative models that celebrate milestones from across the years making use of appropriate packaging and logos from the past and its Centenary year logo.

Positioning the range as a lifetime’s journey, the models selected aim to represent significant releases from the many brand names associated with the Hornby name through the years, with a range of limited editions to celebrate each decade.

For the 1920s, Hornby has commissioned Electric Train Systems (ETS) to produce a series of ‘O’ gauge tinplate 0-4-0 locomotives. With a clear hark back to Frank Hornby’s first clockwork train set, each model will be three-rail electric and available in four colour schemes – London & North Western Railway black (R3814), Midland Railway maroon (R3815), Caledonian Railway blue (R3816) and Great Northern Railway green (R3817). Limited to just 100 examples of each, they will come with a limited-edition certificate and packaged in a stout box with branding from the period. Priced at £524.99 each, they will be spread evenly across the year in January, April, July and November. 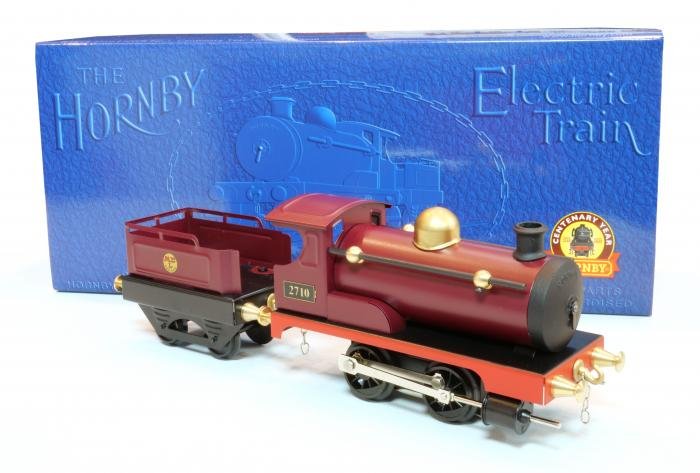 Hornby has commissioned a series of Hornby three-rail electric locomotives in ‘O’ gauge made by ETS. Each livery is limited to 100 pieces and they replicate the original Hornby tinplate locomotives of 1920. 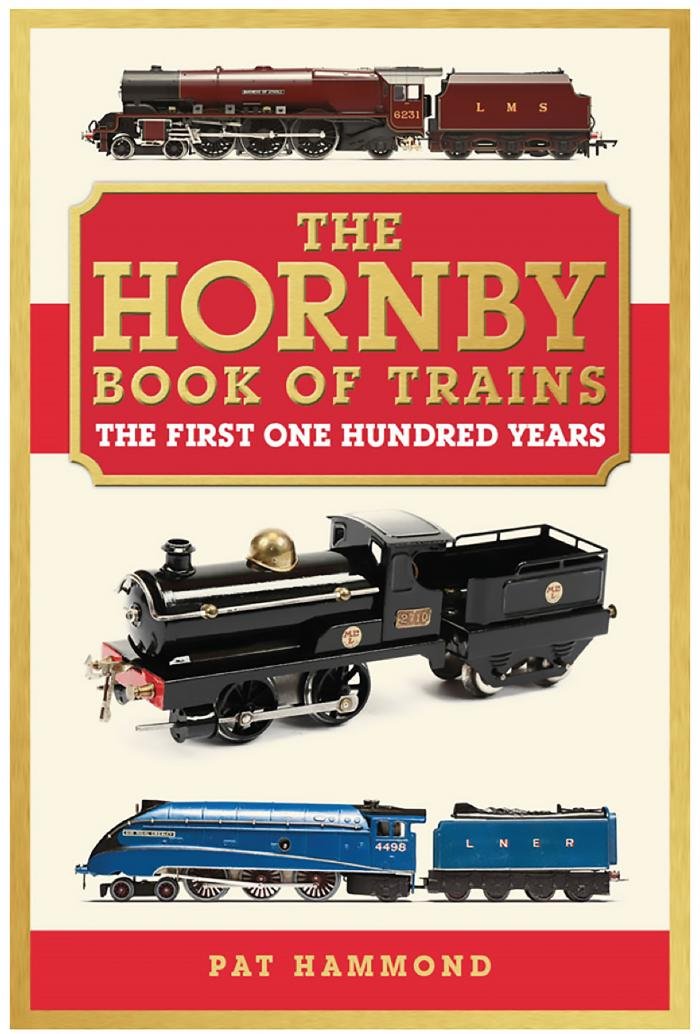 Hornby Hobbies has worked with renowned author Pat Hammond and Key Publishing to produce a brand-new Hornby Book of Trains for 2020. It will feature over 800 images and 488 pages.

In 1938, Hornby Dublo released two locomotives, the Gresley ‘A4’ 4-6-2 and an 0-6-2T which resembled an ‘N2’ Clockwork and 12volt electric models were released and both locomotives were packaged in a special set, along with LNER articulated carriages. To celebrate, a representative pack has been created containing Hornby’s top-of-the-range ‘A4’ 4498 Sir Nigel Gresley in LNER garter blue together with a pair of high-spec LNER teak coaches and a circuit of track (R1252M). Limited to just 1000 examples, the set box will be blue and feature Hornby Dublo’s distinctive branding from the period. Priced at £249.99, the set is due to be available in June this year.

With the Second World War disrupting production plans, Hornby Dublo eventually issued its new ‘OO’ LMS ‘Princess Coronation’ 4-6-2 in 1948. In celebration, Hornby is planning to issue a very special model of 6231 Duchess of Atholl (R3819) featuring an all-new diecast metal body allied to the manufacturer’s high-spec chassis and existing plastic tender body. Just 500 models will be produced and packaged in representative Hornby Dublo ‘candy stripe’ packaging, priced at £250 each. Delivery is anticipated during May 2020. 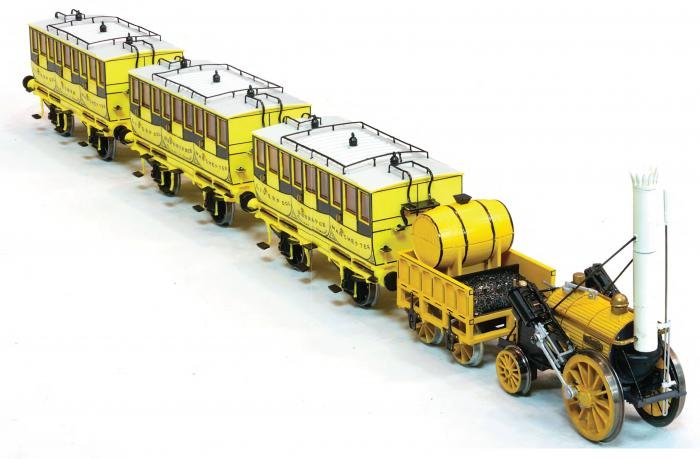 A highlight of Hornby’s centenary range is a brandnew version of the historic 0-2-2 Rocket. It will be issued in special edition packaging with three-carriages as part of the centenary range.

A special edition of Evening Star commemorates its place in history as the last BR built steam locomotive and Tri-ang Hornby’s last model before it became Hornby Railways.

In the 1950s, Meccano introduced a series of 1:76 scale road vehicles under the Dublo Dinky banner. To celebrate this chapter in history, Hornby is planning to introduce a new series of vehicles dubbed Dublo Diecast, which will be packaged in specially created cardboard boxes, similar to the originals. Each of the 1:76 scale vehicles pays homage to the Dublo Dinky equivalents and are taken from the Oxford Diecast range and » are being specially produced for

Hornby in bespoke colours/liveries including a MG TC, Morris J Van, Austin K8 van, Fordson tractor, VW T2 van and a Scammell mechanical horse and van trailer. Prices range from £9.99 for all but the Scammell, which retails at £14.99. Delivery is expected during May.

The 1990s ‘Top Link’ era is recalled with this modern day ‘Terrier’ in classic packaging. 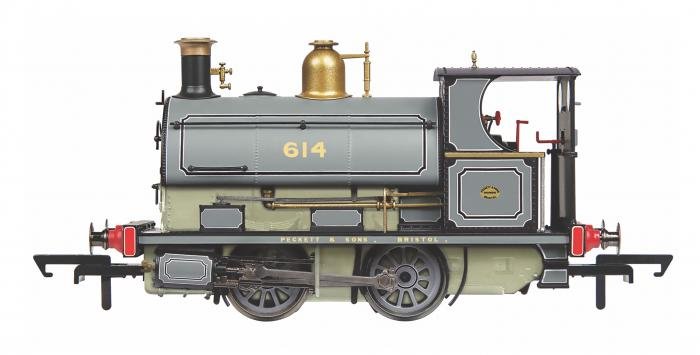 A photographic grey version of the Peckett ‘W4’ 0-4-0ST is being released as a special edition. 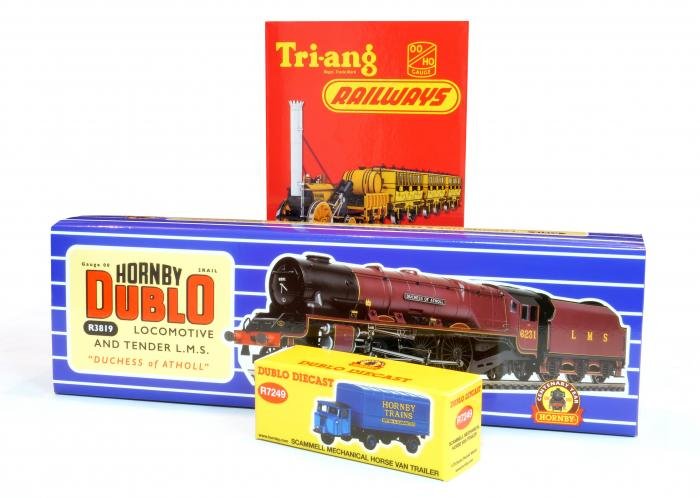 Retro style packaging and products are key to Hornby’s 2020 centenary range. Marking the start of Hornby Dublo in 1938 is this train set (Cat No. R1252M) featuring the current Gresley ‘A4’ as 4498 Sir Nigel Gresley and a pair of high-detail Gresley teak carriages.

The 1960s were a chequered period for Hornby Dublo, with the collapse of Meccano Ltd. and its subsequent acquisition by Lines Brothers. To commemorate this period in the company’s history, a totally new ‘OO’ gauge model of Stephenson’s Rocket (R3809) is planned. This diminutive locomotive, celebrating its win at the Rainhill Trials in the 1800s, was a firm favourite in the 1960s and again in the 1980s when it was re-issued. This new limited-edition model will feature the 0-2-2 locomotive, tender and three carriages – Despatch, Times and Experience – in their distinctive colour scheme. Presented in special Tri-ang branded book style packaging, this all-new model features plenty of separately fitted parts including etched brass details and is DCC ready. Priced at £189.99, just 1,500 centenary special examples will be produced. Delivery is expected in February. 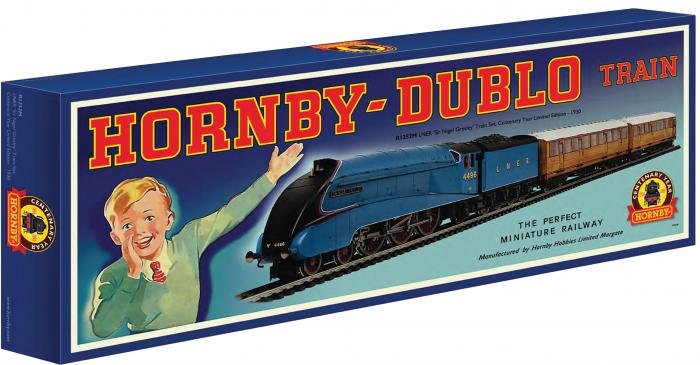 Unique packaging has been designed for Hornby’s 2020 products reviving iconic artwork from its history. The model of 6231 Duchess of Atholl will even feature a brand new tooling for the locomotive with a die-cast body.

A high-profile release in the 1970s was Tri-ang Hornby’s BR ‘9F’ 2-10-0 92220 Evening Star with a Silver Seal motor. Whilst this was the last steam locomotive built for British Railways, it also proved to be the last new tooling for Tri-ang Hornby at the time too. To commemorate this release from the period, Hornby’s latest locomotive drive ‘9F’ will be finished in BR lined green with late crests and issued in specially branded Tri-ang Hornby packaging (R3821) and will also feature a special commemorative resin cast plaque and certificate. Just 1,000 models are being produced, priced at £149.99 with delivery anticipated during September.

The 1980s were a period of consolidation for Hornby under new owners Dunbee Combex Marx, with a remit to reduce costs where possible. One measure was to produce a new model for under £10 – enter the Smokey Joe 0-4-0T ‘Pug’ (R3822). This diminutive model has never been out of the catalogue since its introduction and to celebrate the longest serving locomotive in the range, it receives a modest makeover with added detail parts including metal handrails and a high degree of decoration. Priced at £39.99, 2,000 units will be produced in Hornby’s 1980s blue belt packaging, with delivery expected in June. 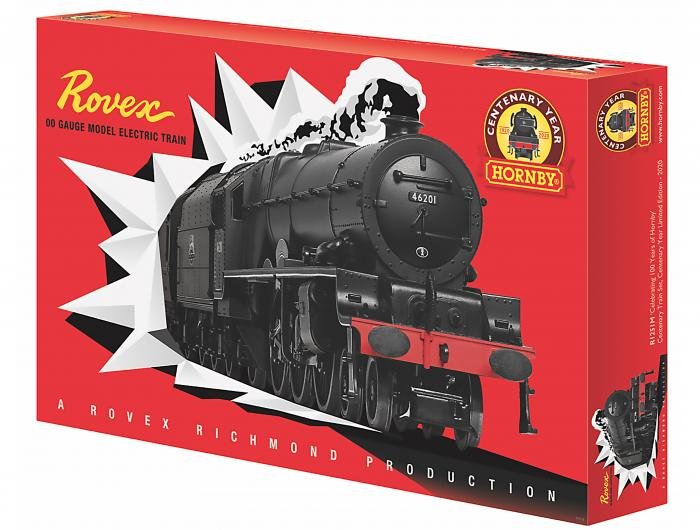 The 1990s saw Hornby acquire tooling from other manufacturers to add to its repertoire, including Dapol. One of the models that it purchased as part of the deal was the London Brighton & South Coast Railway (LBSCR) ‘Terrier’ 0-6-0T. Now utilising the very latest version of this model, Hornby plans to release 45 Merton in LBSCR improved engine green (R3823). Given Tri-ang’s factory was also once in Merton, this release ticks another box for the centenary celebrations. Packaged with Hornby’s Top Link branding from the ‘90s and limited-edition certificate, the ‘Terrier’ is priced at £104.99 with delivery expected during August.

At the turn of the millennium, there were many changes at Hornby including the movement of production to China. Considered by many to have been the turning point for the company, Hornby’s Bulleid rebuilt ‘Merchant Navy’ 4-6-2 offered a step change in detail and running characteristics. To celebrate, 35028 Clan Line (R3824) will appear in 18 carat gold-plated form (handrails/motion/tyres) together with a wooden display plinth, etched metal plate, length of 18carat gold-plated track and limited-edition certificate. Just 1,000 models will be produced, priced at £224.99, with delivery due during August.

Well and truly into the 2000s, Hornby’s diminutive ‘OO’ gauge Peckett ‘B4’ 0-4-0ST proved very popular at the time of its release – and still is. In recognition, it will appear as Peckett 614 in lined photographic grey (R3825) together with a brass effect makers plate and limited-edition certificate. Priced at £109.99, 2,000 are being produced with delivery expected during September.

Finally, a lavishly illustrated 488-page Hornby Book of Trains authored by model railway historian Pat Hammond is due to be published during February, priced at £24.99, looking back over a century of Hornby trains – see advert on page 128.