Hornby‘s ‘OO’ gauge Class 87 electric is set to gain a new identity this autumn finished as 87009 City of Birmingham in InterCity Executive livery (R30031), as carried by the prototype in the 1980s.

87009 is one of two new versions of the popular 'OO' gauge electric locomotives due for release later this year – the other being 87006 City of Glasgow in BR large logo grey (R30030). 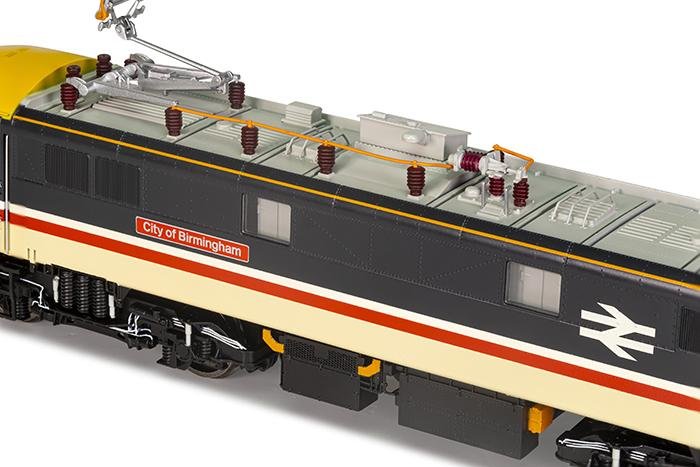 Above: Hornby’s ‘OO’ gauge Class 87 will carry InterCity Executive livery for its next appearance, finished as 87009 City of Birmingham.

In addition to the overall decoration, these forthcoming releases are also notable as the first examples of Hornby’s Class 87 to receive 21-pin Digital Command Control (DCC) decoder sockets.

Priced at £217.99 each, release is expected later this autumn.