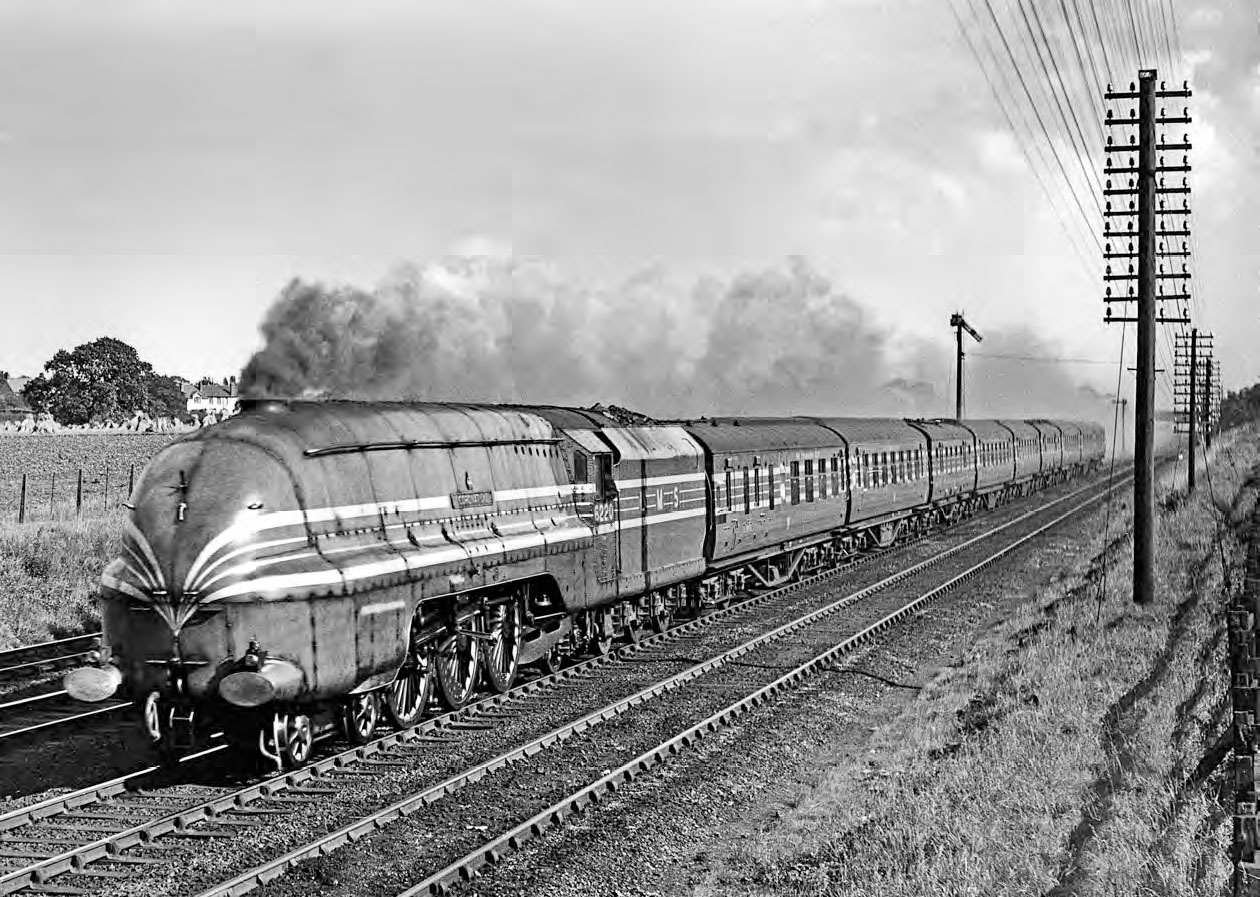 The sought after LMS ‘Coronation’ carriages are to be made for ‘OO’ by Hornby. In 1938 LMS ‘Princess Coronation’ 4-6-2 6220 Coronation hurries north with the down ‘Coronation Scot’ from Euston to Glasgow Central near Acton Bridge.
Rail Archive Stephenson.