The winners of the second annual Hornby Magazine Model Railway Awards were revealed at a special evening event attended by exhibitors, retailers and manufacturers at the Great Electric Train Show in Milton Keynes on October 12. With more than double the number of votes over the 2018 awards, MARK CHIVERS rounds up the 12 winners selected by Hornby Magazine readers.

MANUFACTURER OF THE YEAR 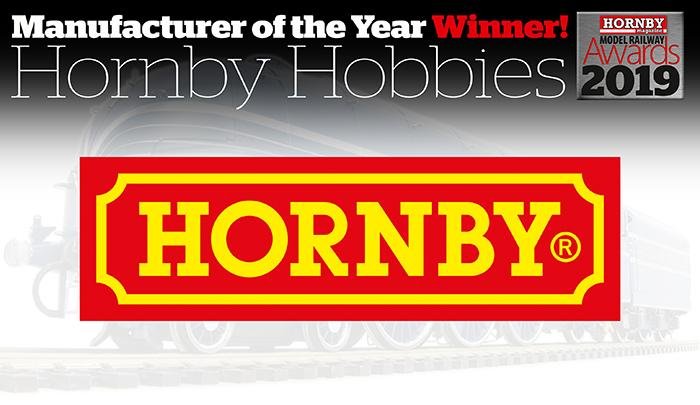 The headline award for Hornby Magazine Manufacturer of the Year went to Hornby Hobbies. Each brand that delivered brand-new items during the year were included in the vote, with Hornby receiving more than 25% of the share.

Runners-up were Bachmann Europe in second place and Hatton’s Originals in third position. 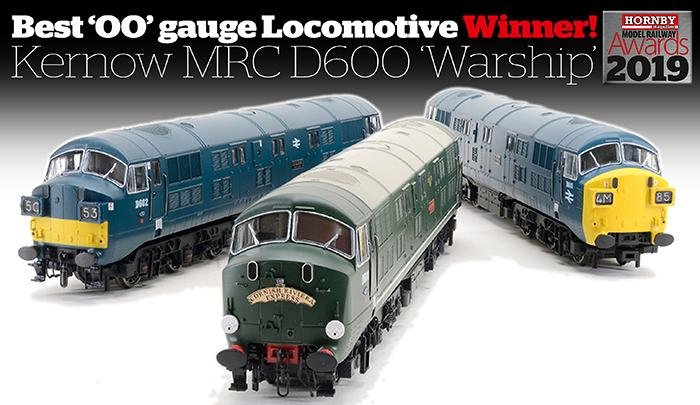 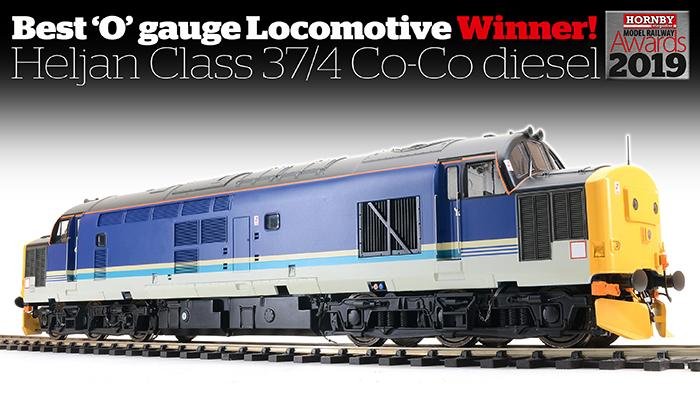 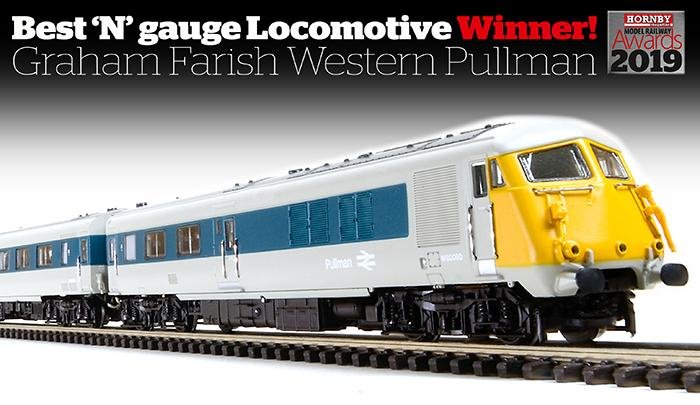 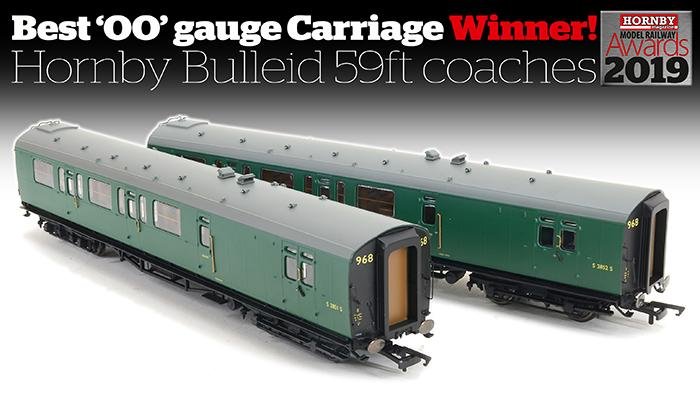 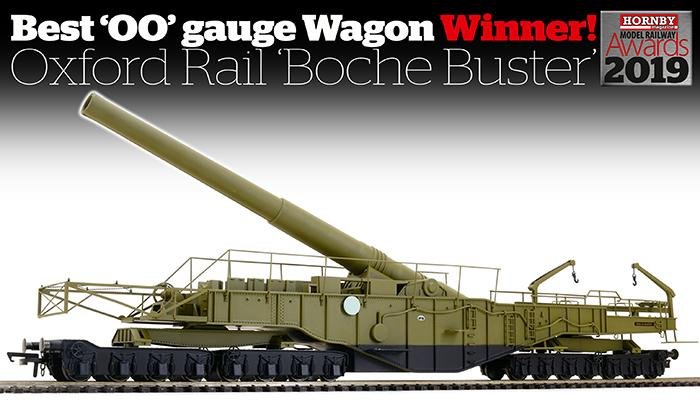 With fifteen wagons to choose from, the voting in this category was intense with Oxford Rail’s ‘Boche Buster’ rail-mounted gun (HM143) taking the title of Best ‘OO’ Gauge Wagon.

This stand-out model debuted in March 2019 and offered something quite different to what has gone before with its large Howitzer rail-mounted gun and seemingly endless number of axles. It has been released singly and in a pack with a Railway Operating Department (ROD) liveried ‘Dean Goods’ 0-6-0. A version with a sound fitted ‘Dean Goods’ is also due soon. 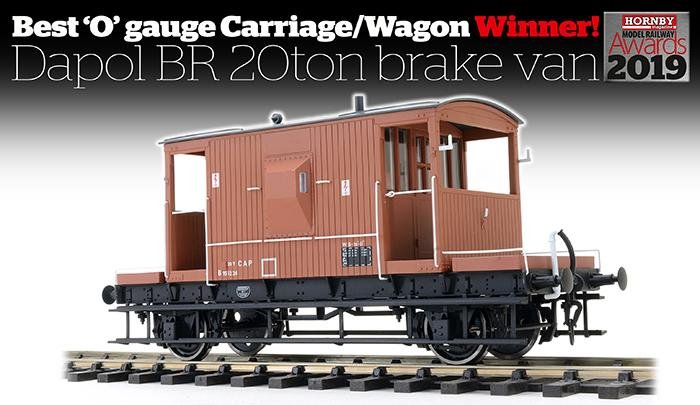 Voting in this category was keenly contested, with Darstaed’s BR Mk 1 57ft Gangway Brake (HM148) coming a very close second - the only carriage type to appear during the year prior to the voting for the 2019 awards going live. Accurascale’s superbly detailed BR 24.5ton HUO hopper wagon (HM142) was hot-onthe- heels in third position. 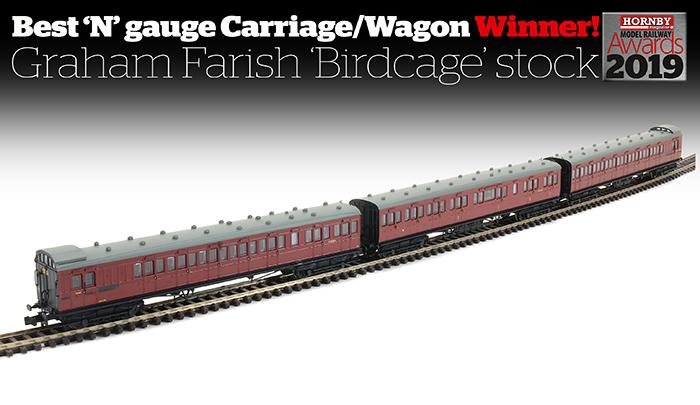 LAYOUT OF THE YEAR 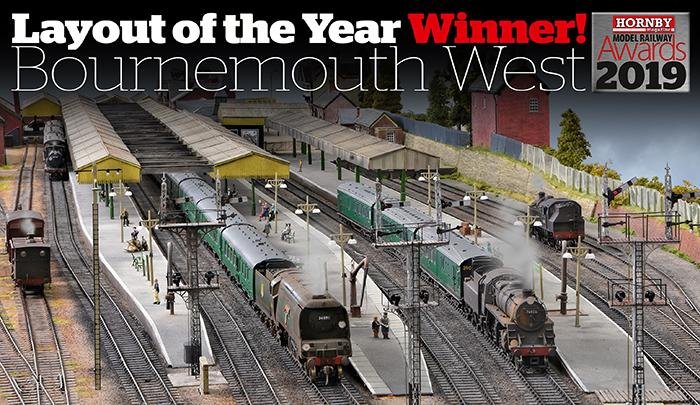 Bournemouth West (HM146) was awarded Hornby Magazine’s Layout of the Year award from a choice of twelve main feature layouts that have appeared within and on the cover of Hornby Magazine during the previous twelve months. Built by the South Coast Model Railway Development Group, this stunning 33ft x 15ft ‘OO’ finescale layout models the southern terminus of the Somerset and Dorset Joint Railway in the 1959-1962 period. It also attended the 2019 Great Electric Train Show.

INNOVATION OF THE YEAR 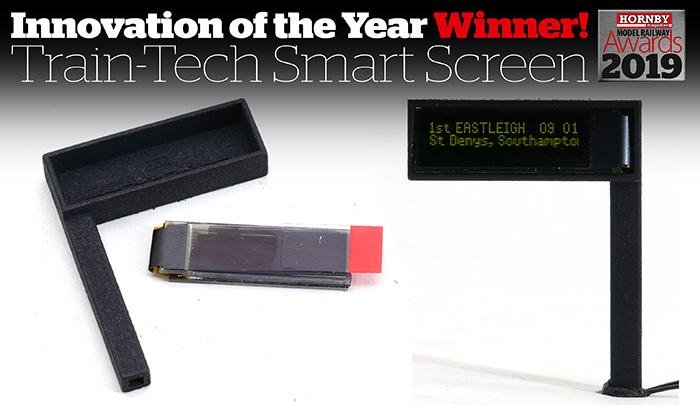 Each year we consider products that go that extra mile to come up with something special and this year’s winner was Train-Tech’s Smart Screen display board, receiving 40% of the overall votes. Primarily intended for ‘OO’ gauge use as a station platform indicator board, it could equally be installed in a modern multiple unit or used for road gantries, bus stations and the like. With an ethos to keep model technology simple, the Smart Screen is straightforward to set up and can be controlled using buttons, Digital Command Control (DCC), the manufacturer’s own track sensor system and more.

RETAILER OF THE YEAR 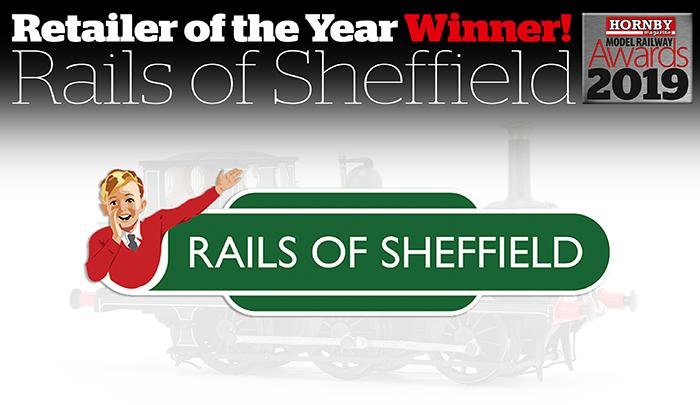 This year, the retailer awards were revised to offer a more clearly defined short list, with Rails of Sheffield being awarded Hornby Magazine Retailer of the Year 2019 for the second year running by the public vote.

Established in the 1970s, this family run business is now one of the UK’s largest suppliers of new and pre-owned model railway equipment, as well as venturing into manufacturing its own products such as the forthcoming Stroudley ‘Terrier’ 0-6-0T with Dapol and SECR D’ 4-4-0 with Locomotion Models and Dapol. It also took delivery of the first of its new SECR box vans as Hornby Magazine closed for press.

SPECIALIST RETAILER OF THE YEAR 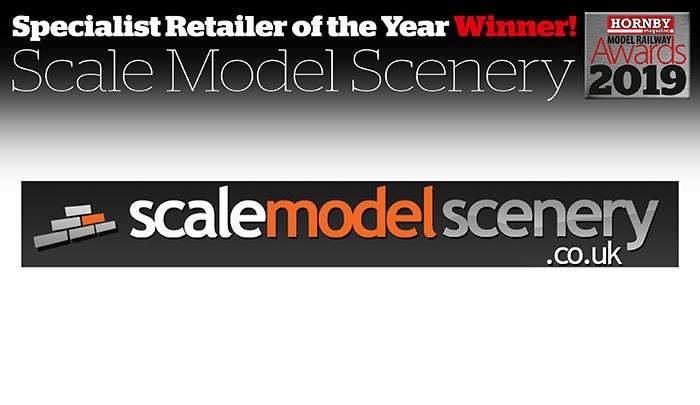 Scale Model Scenery took the award for Hornby Magazine Specialist Retailer of the Year. Based in Leicestershire, Scale Model Scenery designs and manufactures its own range of downloadable, laser-cut and 3D-printed accessories and building kits as well as stocking a wide range of modelling materials from other suppliers too. Recently developed products include laser-cut galvanised steel field gates, sash-style window frames, temporary road signs, 3D-printed pallet stacks and more.

Runners-up were DCC Concepts in second place and Train-Tech in third place.