Hornby has announced that it is working on a 'OO' gauge model of the Open Third carriages hauled by Rocket on the Liverpool and Manchester Railway for release in September this year! 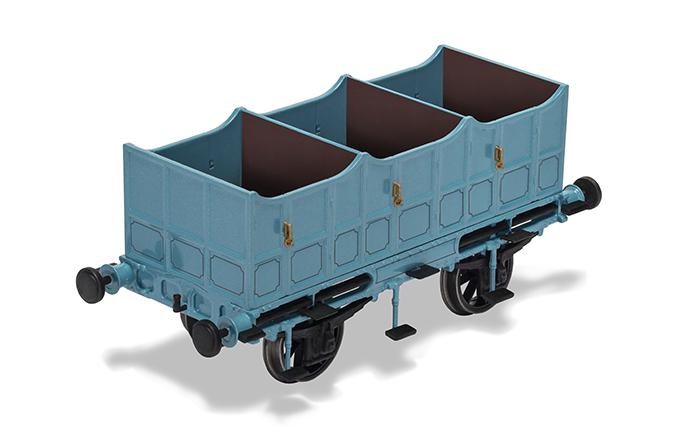 The new 'OO' gauge model will be priced at £16.99 (Cat No. R40141) and was designed and tooled at the same time as Hornby's centenary model of Stephenson's Rocket. The new Open Third will feature etched brass components and separately fitted parts as well as turned metal wheels with spoked centres. It will employ the same coupling system as the closed carriages includes in Hornby's Rocket train packs which are currently entering the market.

In a press release Hornby said that the carriage was originally planned for announcement in September, but the date has been brought forward to coincide with Hornby's 100 year celebrations during July. "The best laid plans of mice and men", quipped Simon Kohler, Marketing and Product Development Director, "but as it happens and linked with the undoubted success of our Stephenson's Rocket packs, the timing is just about right, especially as the final production run of the Rocket and coaches is about to enter the market."

Hornby is expecting high demand for the new LMR open coach due to manufacturing restraints.