The Gresley ‘W1’ 4-6-4 is one of the highlights of Hornby impressive plans for its centenary year. MARK CHIVERS reveals all. 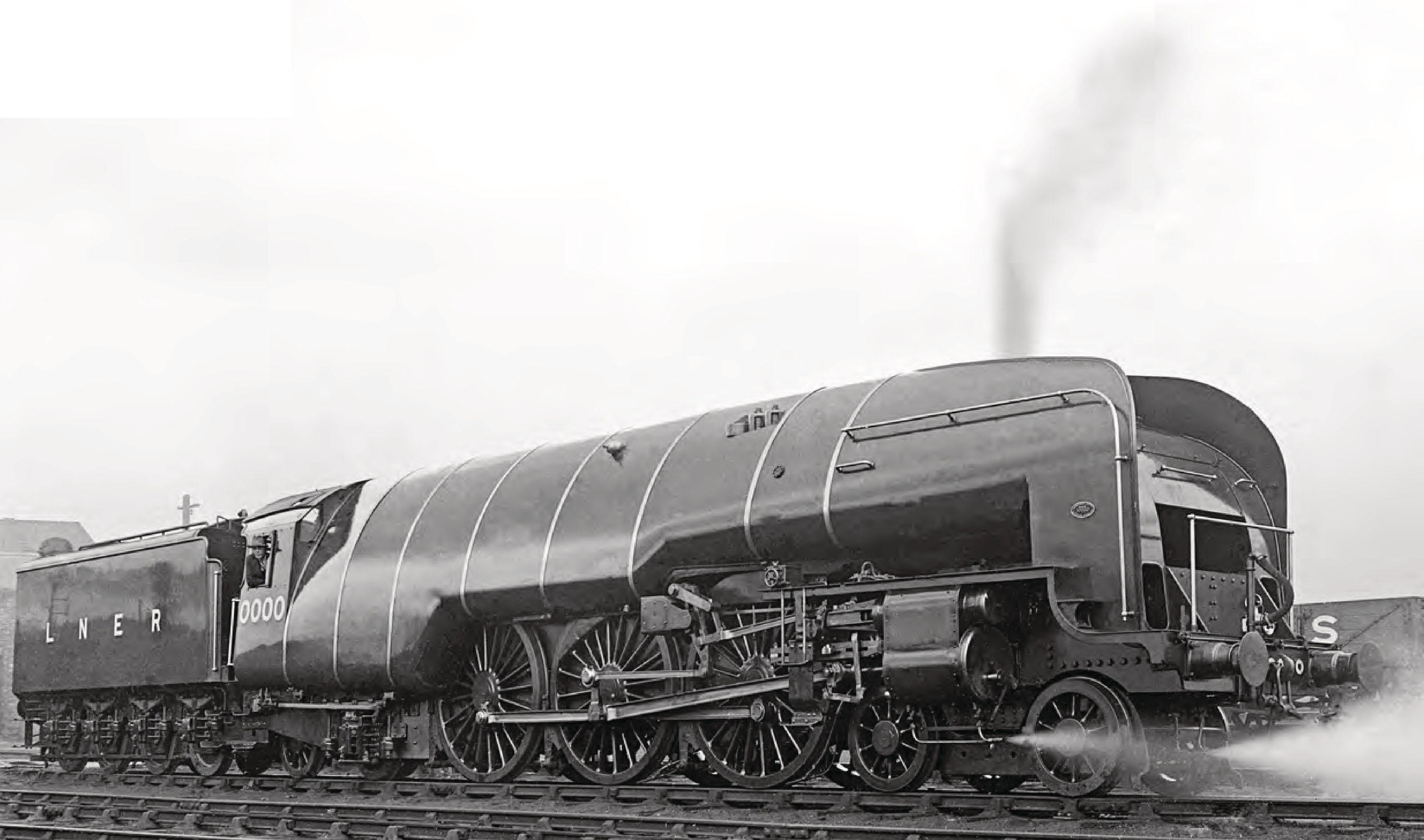 Gresley’s ‘Hush Hush’ 4-6-4 10000 poses for its portrait. It was built with an experimental high-pressure 1929 and ran for eight years in this condition before being rebuilt.
Railphotoprints.uk

LNER ‘W1’ 10000 – or ‘Hush Hush’ was an experimental design built at Darlington Works in 1929 and was the only 4-6-4 tender locomotive to have operated on the UK mainline. It initially featured a distinctive bulbous looking body casing which subsequently gave way to streamlined ‘A4’ styling by the mid-1930s when rebuilt at Doncaster Works. Three versions of the newly-tooled model in original form are planned as 10000 in LNER grey (Cat No. R3840), LNER grey with optional British Enterprise etched brass nameplates, which were mooted but never carried by the prototype (R3841) and a ‘what-could-havebeen’ LNER apple green colour scheme (R3842) – the latter model limited to just 500 examples.

In rebuilt form, two versions are planned as 10000 in LNER garter blue with valances (R3843) and 60700 in BR lined green with early crests, without valances (R3844). Each will feature locomotive drive, separately fitted detail parts, 8-pin Digital Command Control (DCC) decoder socket and NEM couplings. Priced at £199.99 each, delivery is expected in December 2020.

Continuing the LNER theme, Hornby is to produce Thompson’s ‘A2/2’ and ‘A2/3’ 4-6-2s for ‘OO’ The mixed traffic ‘A2/2s’ comprised six engines rebuilt at Doncaster Works from Gresley ‘P2’ 2-8-2s in the mid-1940s, while the ‘A2/3s’ were based on the ‘A2/2’ design with increased boiler pressure and new additions such as electric lighting and selfcleaning smokeboxes. The first ‘A2/3’ to emerge from Doncaster was 500 Edward Thompson, the 2,000th locomotive to be built at the Works.

The Riddles-designed BR ‘2MT’ 2-6-0s were built at Darlington Works in the 1950s, with 65 constructed between 1952 and 1956. Partnered to a BR3 tender, these mixed traffic locomotives were intended for light passenger and freight duties. 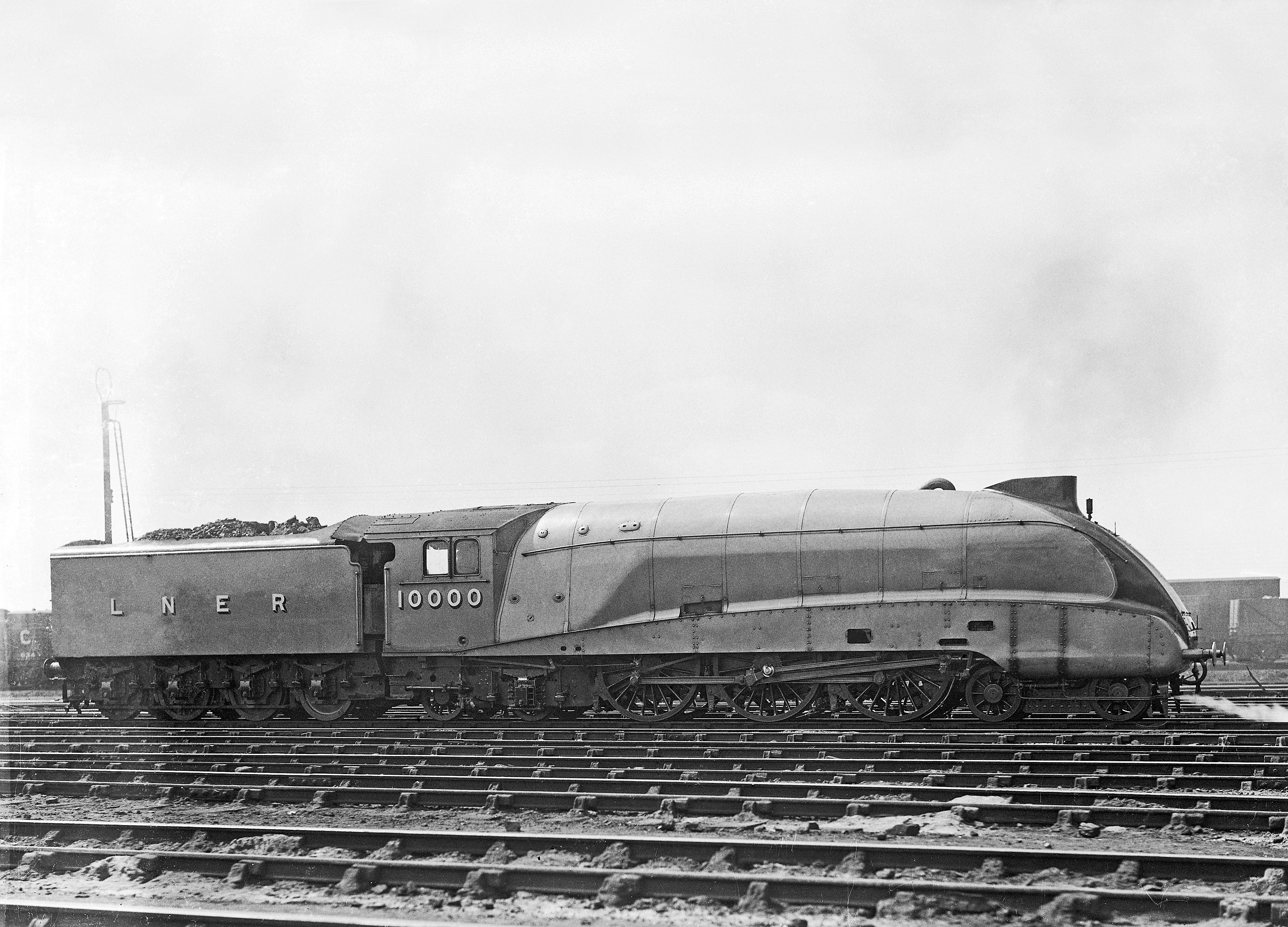 This side portrait of the rebuilt ‘W1’ 4-6-4 10000 at King’s Cross shed in 1938 shows the length of its cab over the rear bogie. Hornby is producing the locomotive in both original and rebuilt forms for ‘OO’ gauge in 2020.
Railphotoprints.uk.

Hornby’s fifth newly tooled ‘OO’ gauge steam locomotive for 2020 is Stephenson’s Rocket (R3810), the famous 0-2-2 locomotive built for the Liverpool and Manchester Railway’s Rainhill Trials of 1829. During the trials Rocket achieved a top speed of 24mph. 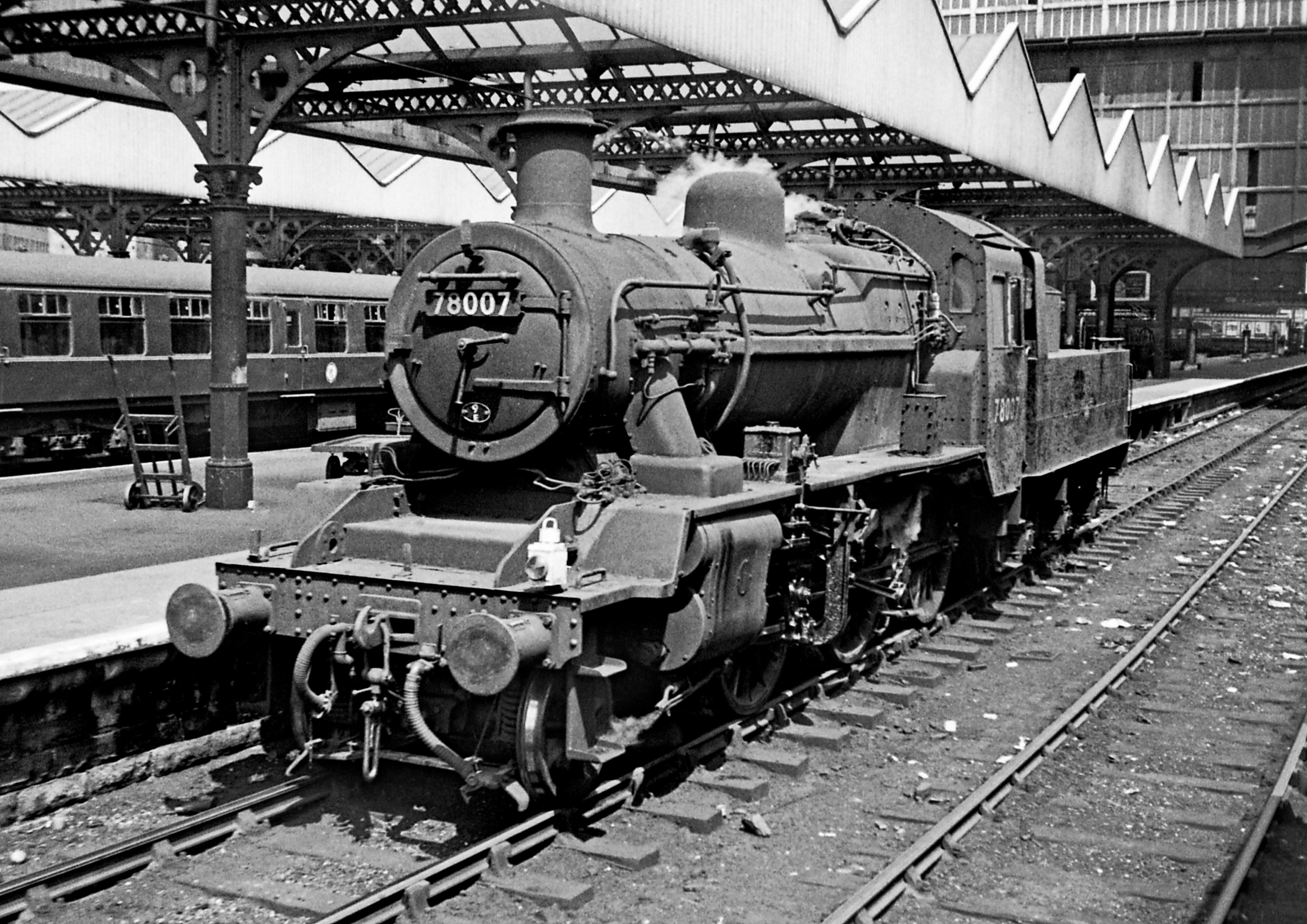 Riddles ‘2MT’ 2-6-0 78007 stands at Manchester Central in September 1965 while on station pilot duty. These compact 2-6-0s are being produced for ‘OO’ by Hornby.
Colin Whitfield/Railphotoprints.uk.

This latest ‘OO’ gauge incarnation features all-new tooling with a highly detailed locomotive and tender, plus three four-wheeled coaches in a special book-style presentation pack (R3810). A special Hornby Centenary pack (see separate story) in Tri-ang branded packaging (R3809) with limited edition certificate will also be available. To differentiate between the two versions, the carriages in both packs will be different.

Close inspection of preproduction samples revealed many separately fitted etched metal parts, plus each pack will also include two decorated footplate crew. DCC ready, Hornby’s new ‘OO’ gauge Rocket is priced at £179.99 for the standard pack and £189.99 for the Tri-ang branded limited edition pack, with delivery expected during February. 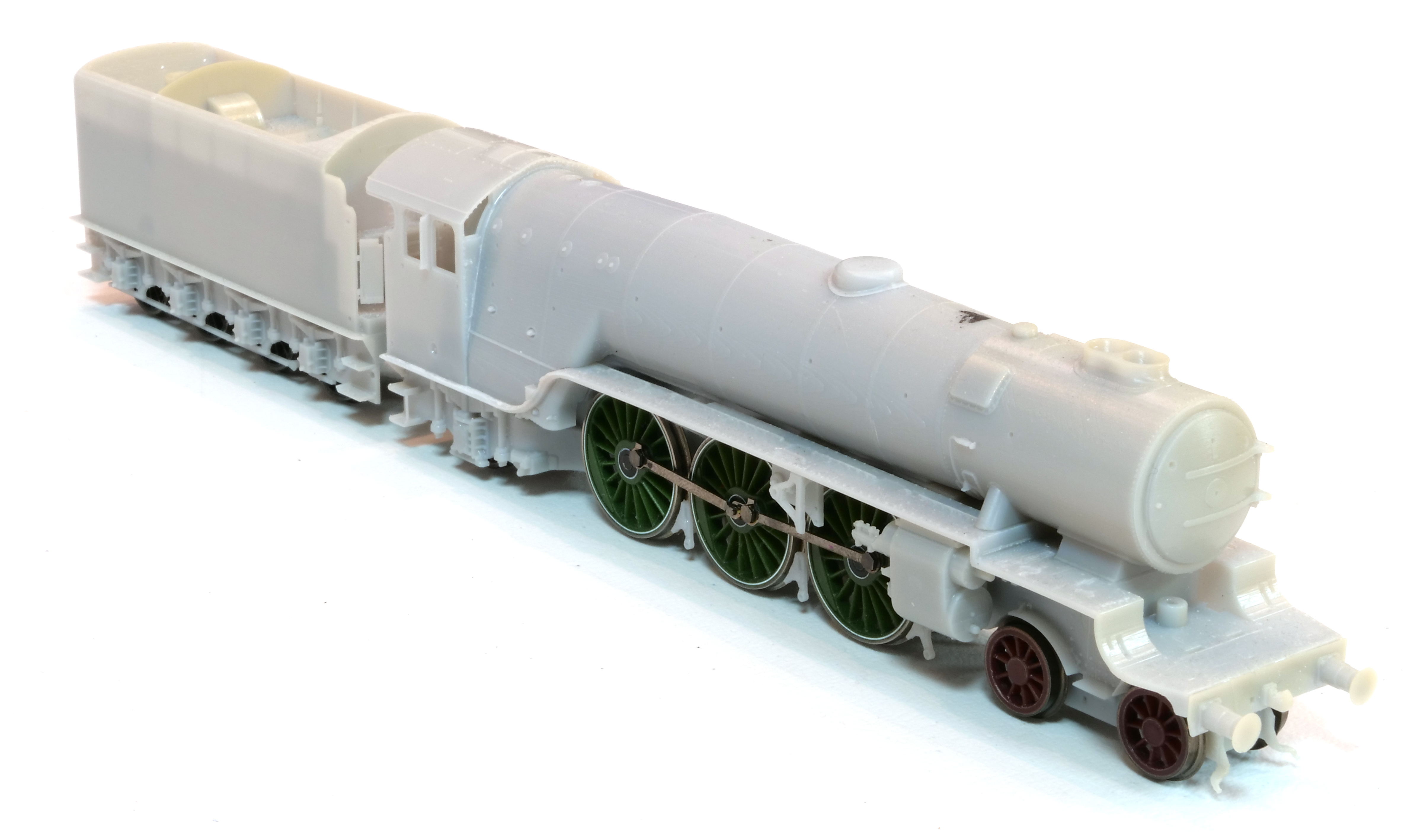 In addition to the newly-tooled models, Hornby’s standard 2020 range will be expanded by 19 further steam locomotives from its repertoire including four new versions of its London Brighton & South Coast Railway (LBSCR) ‘Terrier’ 0-6-0T, an SECR ‘H’ 0-4-4T, LSWR ‘T9’ 4-4-0 and SR ‘Lord Nelson’ 4-6-0 with a Southern theme. Also joining the roster are a further pair of new LMS ‘Princess Royal’ 4-6-2s, both of which feature firebox flicker. There will be a further streamlined ‘Princess Coronation’ 4-6-2, a GWR ‘Star’ more Pecketts in 0-4-0ST and 0-6-0ST form and more. 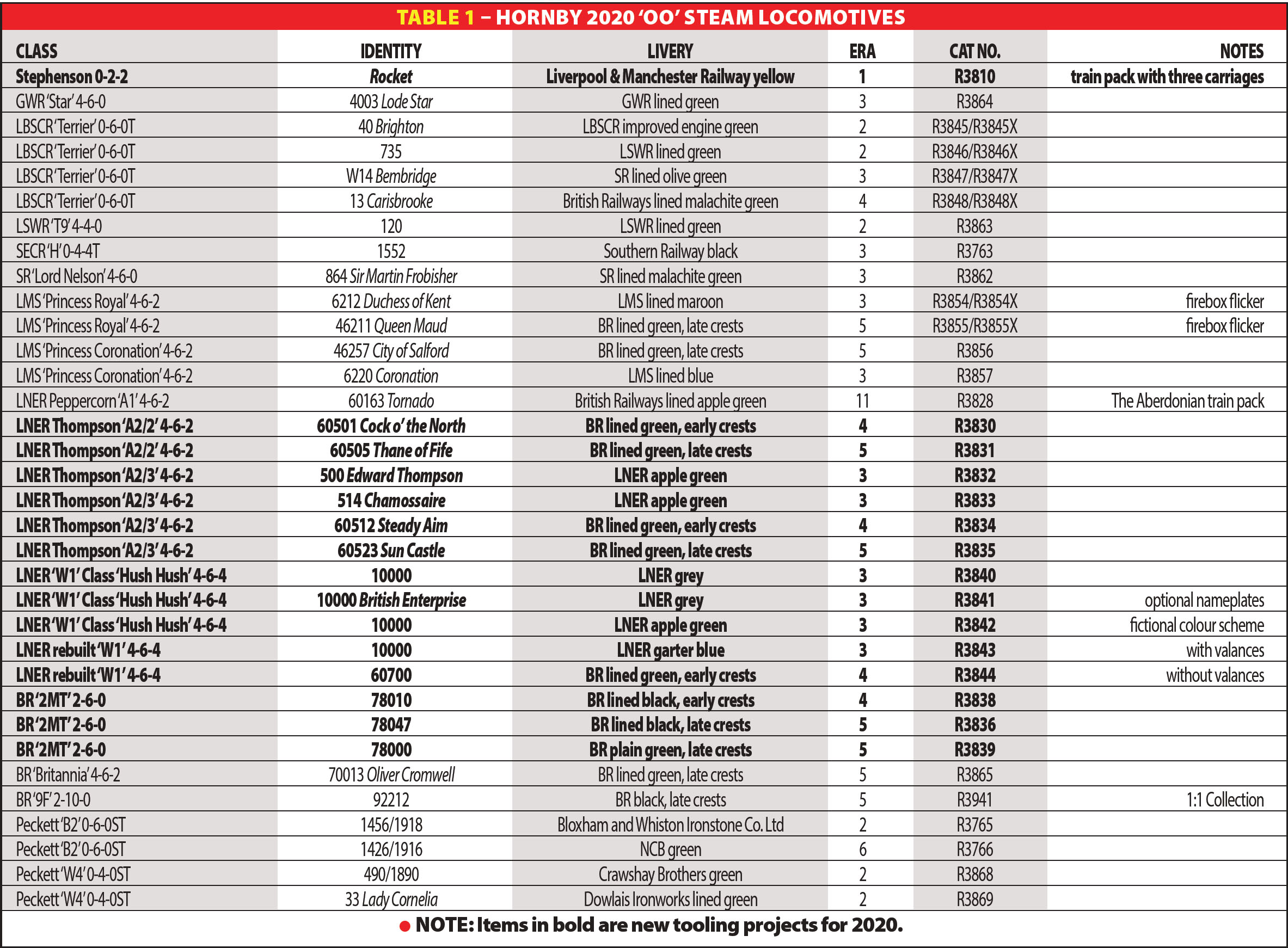