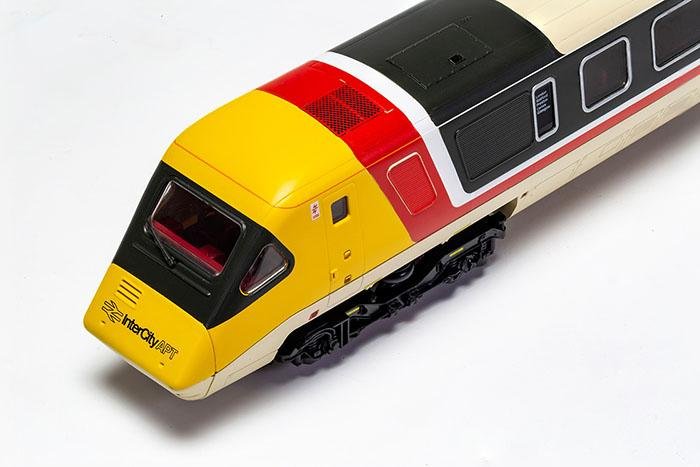 First announced in 2020, two APT models are planned as 370003/004 in a five car train pack (Cat No. R3873) carrying original InterCity Executive colours, while 370001/002 will be offered as a seven-car train pack (R3874) in the revised colour scheme with black cab window surrounds, as demonstrated in the accompanying photographs. Hornby is also tooling sufficient vehicles to reproduce prototypical APT formations – up to 14 vehicles in total. 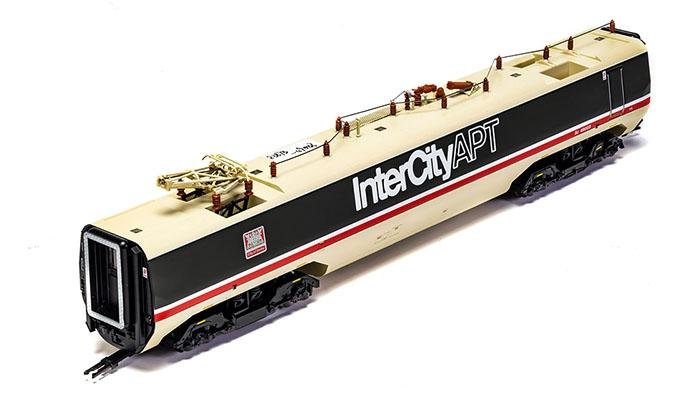 As with the real thing, Hornby's model has been designed to tilt on corners, will feature articulated bogies and even the power car's pantograph follows prototypical practice of being attached to the bogies (rather than the body), enabling it to maintain better contact with the overhead live wires while travelling at high speed.