Hornby has completed the CAD drawing work for its models of the unique Gresley ‘W1’ 4-6-4 for ‘OO’ gauge as well as confirming the livery specifications for each version.

Announced as part of the Hornby 2020 catalogue, the ‘W1’ is being produced in original ‘Hush-Hush’ condition as it was between 1929 and 1935 as well as in the rebuilt form with a conventional boiler and ‘A4’ style streamlined casing that it carried from 1937.

Above: CAD drawing for the Hornby 'OO' gauge model of the rebuilt 'W1' 4-6-4 in LNER Garter blue.

As with the prototype, the two models share common components where possible, but there were significant changes with the rebuilding of the original locomotive which include shortening of the frames by 1ft 6in, a replacement front bogie and ‘A4’ style streamlined casing.

With the CAD drawings now complete, Hornby’s ‘W1’ is now advancing to the tooling stage. A delivery date is to be confirmed, with release currently anticipated in winter 2020-2021. The price per model is £199.99 and each will have a five-pole motor, 8-pin decoder socket and space for a 28mm round speaker in the tender. 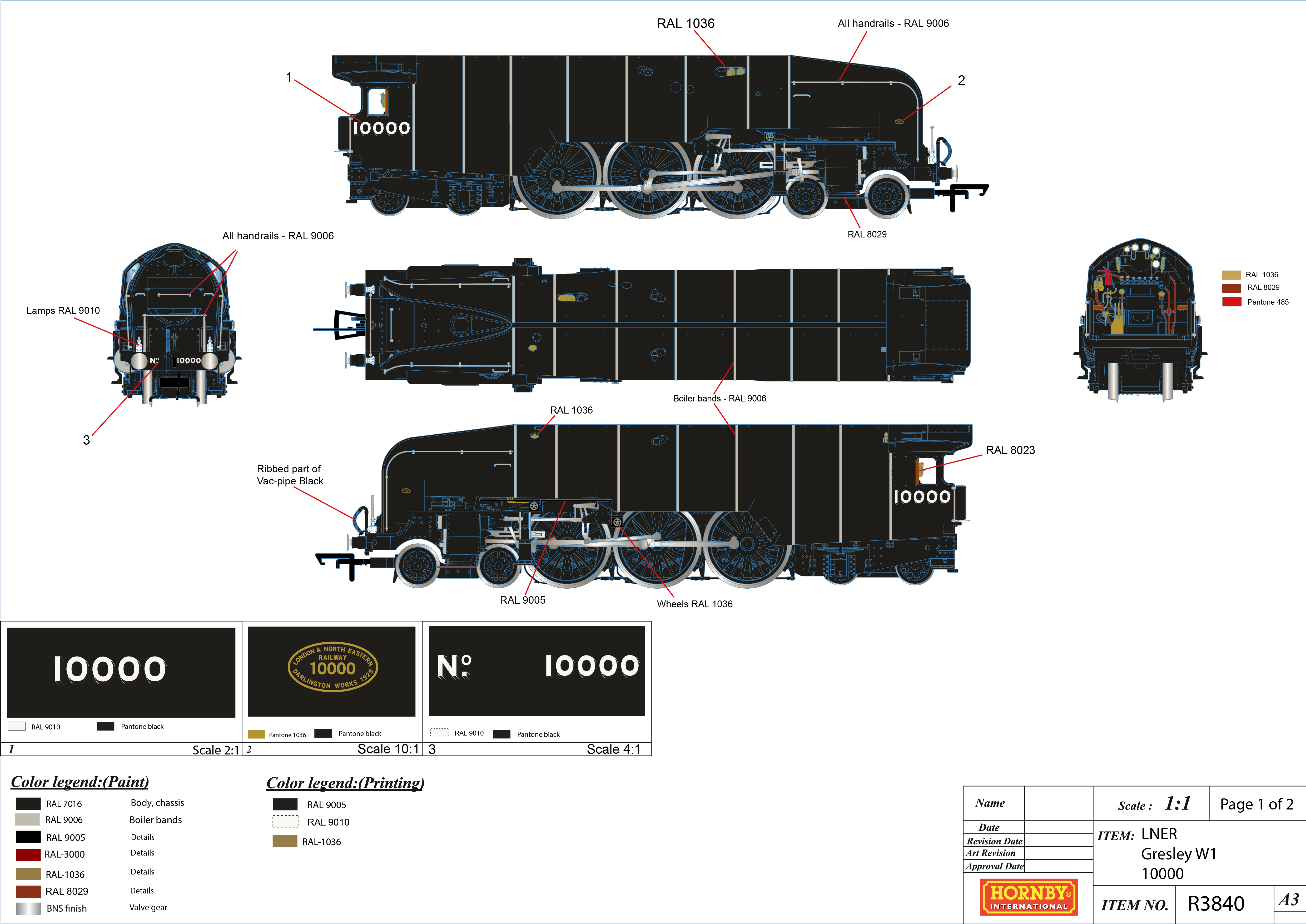