Having recently released 1/48 markings for Luftwaffe F-4Fs, House of Phantoms now has a same-scale sheet for USAFE F-4Es. 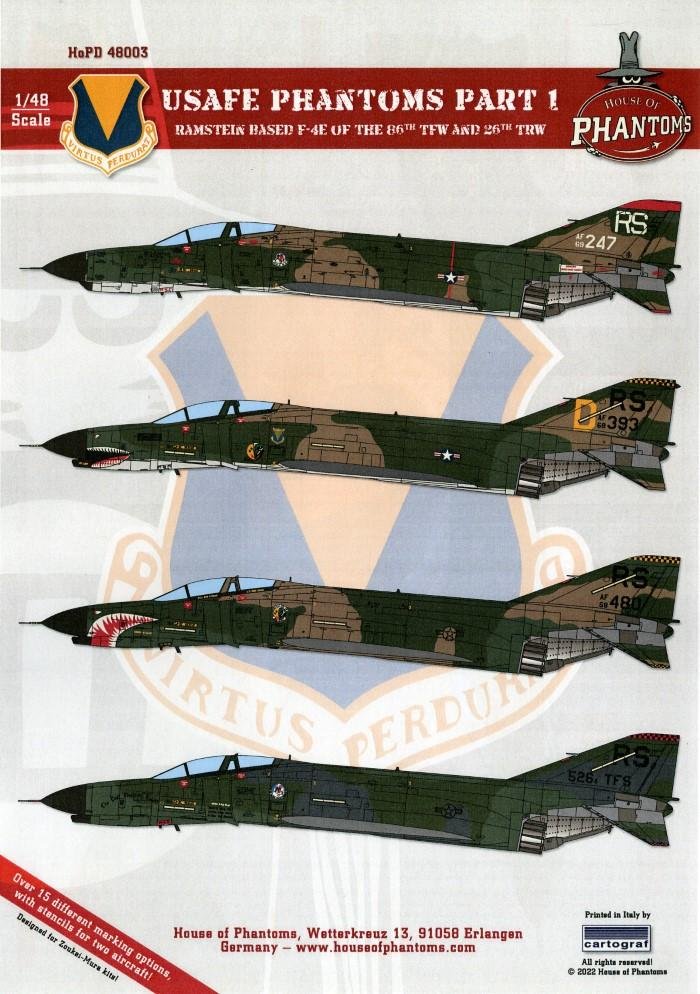 Anyone interested in building 1/48 F-4 Phantoms may want to consider this new decal package from House of Phantoms. You can replicate 20 different F-4Es flown by the United States Air Forces in Europe with sheet HoPD 48003 USAFE Phantoms Part 1, representing airframes with both short and long under-nose gun fairings in the 1970s and ‘80s, flying with the Ramstein, Germany-based 86th Tactical Fighter Wing/26th Tactical Reconnaissance Wing.

The F-4E camouflage options include classic South East Asia tones of FS 34102, 30479 and 30219 over 36622, the successor wraparound pattern comprising the first three of those shades, and the later European 1 wraparound comprising FS 34102, 34079 and 36118 (the latter hue being Gunship Gray, replacing the 30219 of the previous livery). Several of the schemes provided have extra interest, such as sharkmouths and exercise markings. And it’s particularly notable how well the unit badges and fin-top flashes are printed, adding vivid colouring to drab camouflage. House of Phantoms states that the markings are sized to fit Zoukei-Mura’s F-4E, but most, if not all would work on Hasegawa or other iterations. Example schemes include the following: 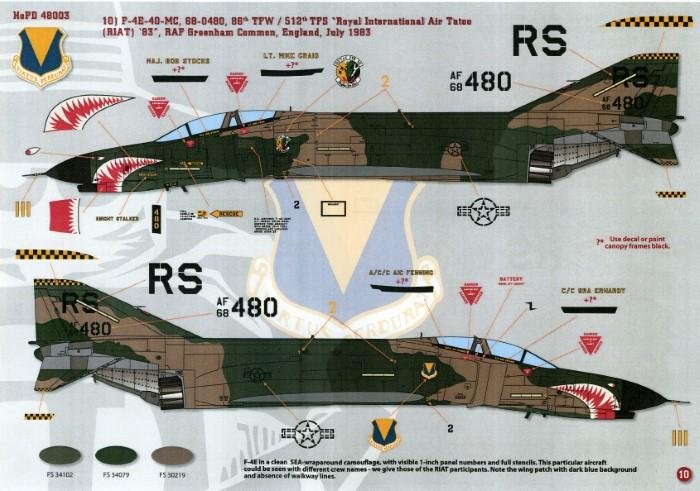 House of Phantoms’ instructions are superb, providing port and starboard colour profiles for each jet, with more general plan views to show the remaining camouflage patter and markings placement. All Federal Standard paint codes are quoted, and there is enough national insignia and stencils for two whole aircraft. The sheet is great value at €25.17 considering you get 20 schemes and it’s available direct from the HoP website. 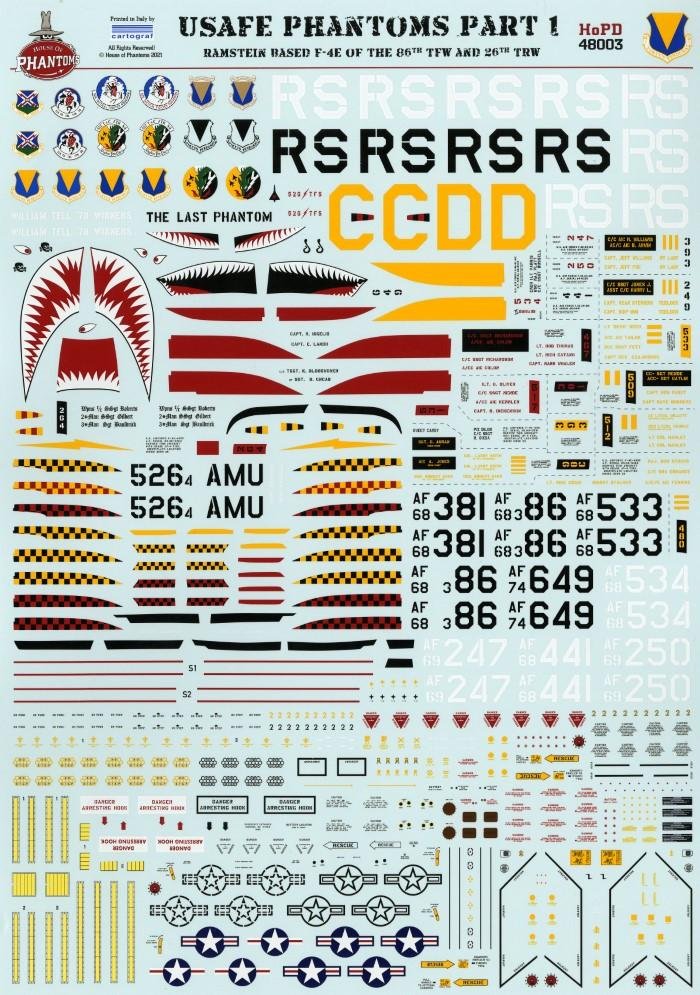