SNAKE IN A COLD CLIMATE 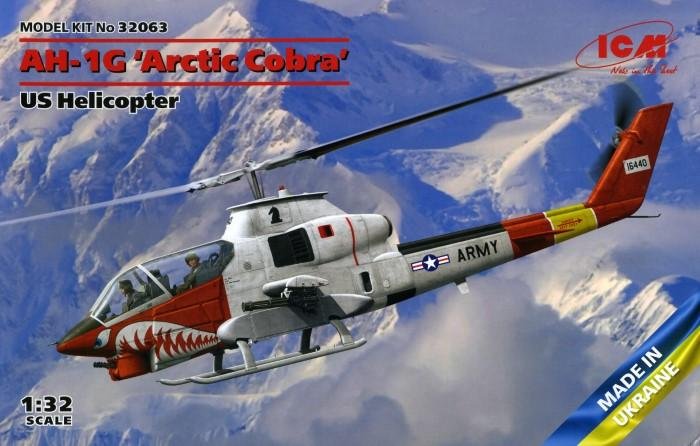 Fans of rotary-wing flying machines rejoiced last year when ICM released its new-tool AH-1G Cobra gunship. It has also been packaged since with accompanying figures, but now the parts have been re-boxed again, this time with new decals for machines based in Alaska… the so-called Arctic Cobras.

These AH-1Gs sported white paint, with high-visibility Arctic Red applied below the cockpit and on the tail. Here, with kit 32063, ICM provides the same runners that are packed with airframe parts and weaponry. The latter includes three types of rocket pod, and a gun pod.

Other treats are a ground-handling dolly and wheels, a full engine (the panels can be posed open or closed), an entire minigun and ammunition system that mounts under the stub wings, alternative tail boom fins, and tail tops, and a superb nose turret, which can be fitted with two minigun barrel arrangements, or one minigun and a 40mm grenade launcher. 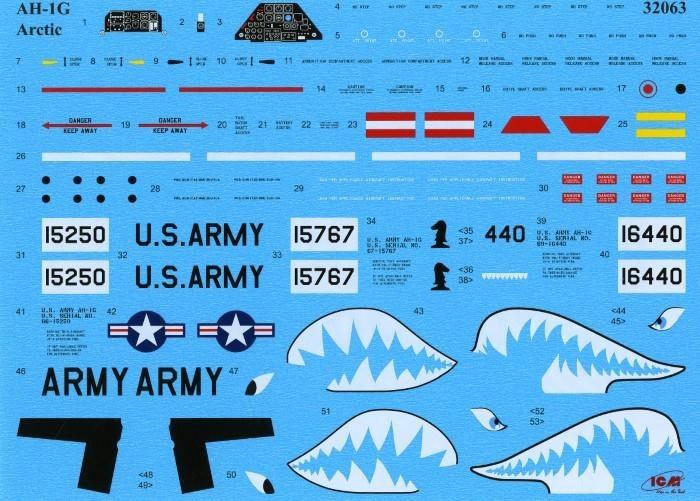 This kit costs £58.17 and is available from UK importer Hannants: www.hannants.co.uk