CESSNA’S O-2A Skymaster was one of several military types developed from civil aircraft, and ICM’s newly tooled 1/48 kit is easily the best available. 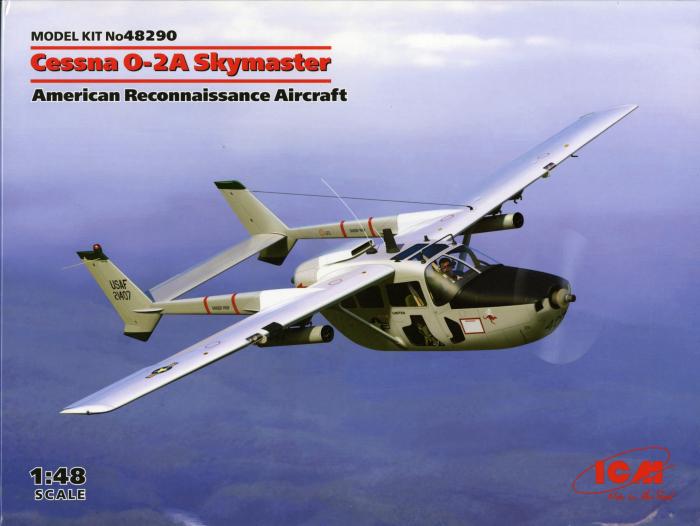 This first boxing (48290) depicts the US Air Force’s forward air controller (FAC) version and the 196 parts – presented on three styrene runners – are moulded to the firm’s typically high standards. The exterior features fine engraved panel lines, while a full interior is also supplied, much of which will be visible through the extensive glazing. There is even a choice of weaponry for the underwing pylons, with four examples each of rocket launchers and gun pods. Markings for three overall grey FAC airframes and a night-reconnaissance machine are provided, with decals also included for the instrument panel.

More on this and other ICM releases are available at: www.icm.com.ua and www.hannants.co.uk