Decal specialist Two Bobs continues its love affair with the A-10 via new 1/48 markings for Indiana Air National Guard airframes. 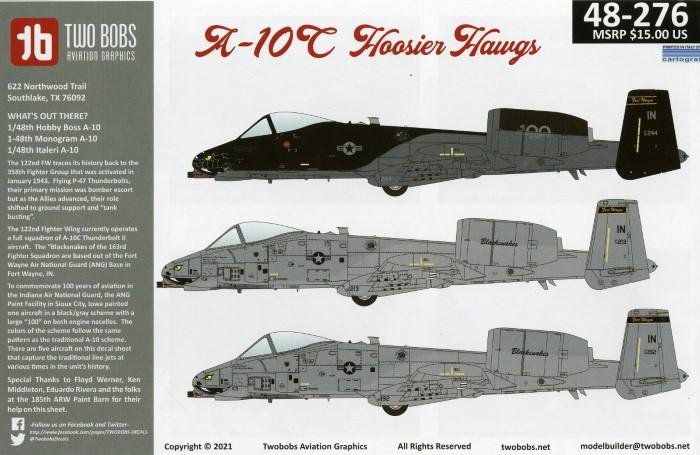 Two Bobs has forged a solid reputation for offering USAF and Air National Guard markings, with excellent research always being a key factor. The mighty A-10 has attracted the firm’s attention on various occasions, and it does so again here with the news of sheet 48-276 A-10C Hoosier Hawgs.

Suitable for use on the kits by Hobby Boss, Monogram and Italeri (although not straight from the box – they all need ‘tweaks’), five schemes are offered for aircraft flown by the Indiana Air National Guard’s 163rd Fighter Squadron ‘Blacksnakes’, a component of the 122nd Fighter Wing . The latter has form for ‘tank-busting’, as its origins lie in the P-47-equipped 358th Fighter Group, which carried out close-support missions during the Allied advance across mainland Europe in World War Two. 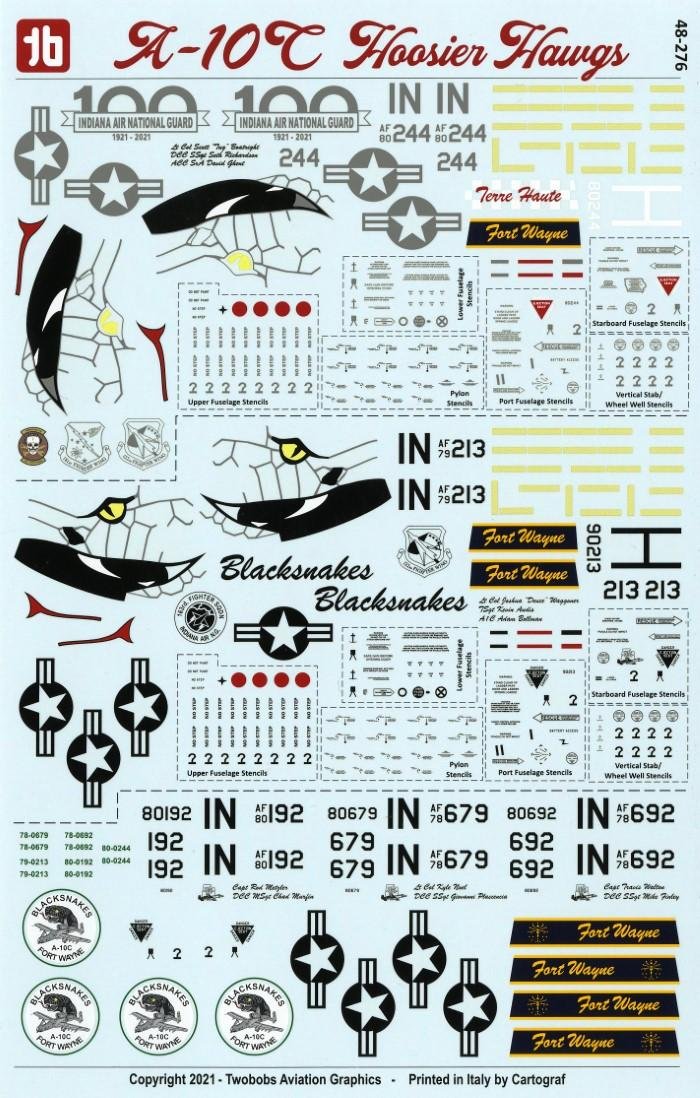 Four of the ‘Warthogs’ here sport standard low-vis grey camouflage, ‘IN’ tailcodes and ‘Blacksnakes’ legends. The fifth, however, wears a special scheme to mark 100 years of aviation in the Indiana Air National Guard… it’s a cool spin on the Olive Drab and Neutral Gray garb that covered wartime P-47s, and there’s also dedicated anniversary artwork on the engine nacelles.

Two Bobs’ instructions are as detail-packed as ever, with superb colour artwork, photos of the real aircraft, and paint code direction for Federal Standard, AK, Hataka, Mr Color and Mr Paint. The company’s decals do usually sell quickly, so don’t dally in ordering. This sheet costs US $15 and is available via: www.twobobs.net