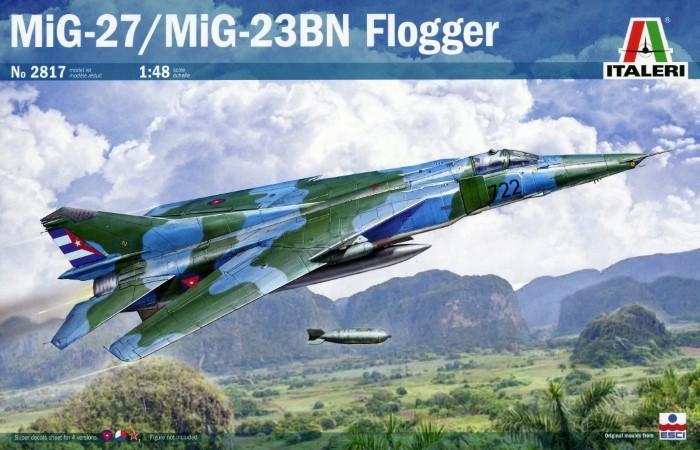 A lot happened in 1979… the Three Mile Island nuclear accident, the Soviet invasion of Afghanistan, the US hostage crisis in Tehran, and Margaret Thatcher was elected Prime Minister. Beyond the geopolitical arena, I was very much still wearing flares, and Italian manufacturer ESCI released its 1/48 Mikoyan-Gurevich MiG-27 kit.

The product has enjoyed many re-issues since, both as the MiG-27, and MiG-23. In 2019, Italeri released components (having acquired many ESCI moulds by then) for a combined MiG-23MF/MiG-23BN. Now, the firm has selected the appropriate runners to provide us with a MiG-23BN/MiG-27 package (kit 2817) – both these sub-types replicating so-called ‘duck-nose’ ground-attack airframes.