No sooner had Trumpeter’s Titanic been released than news arrived of a multimedia aftermarket detailing/ upgrade set from renowned South Korean accessory company KA Models, via its MK1 Designs range. 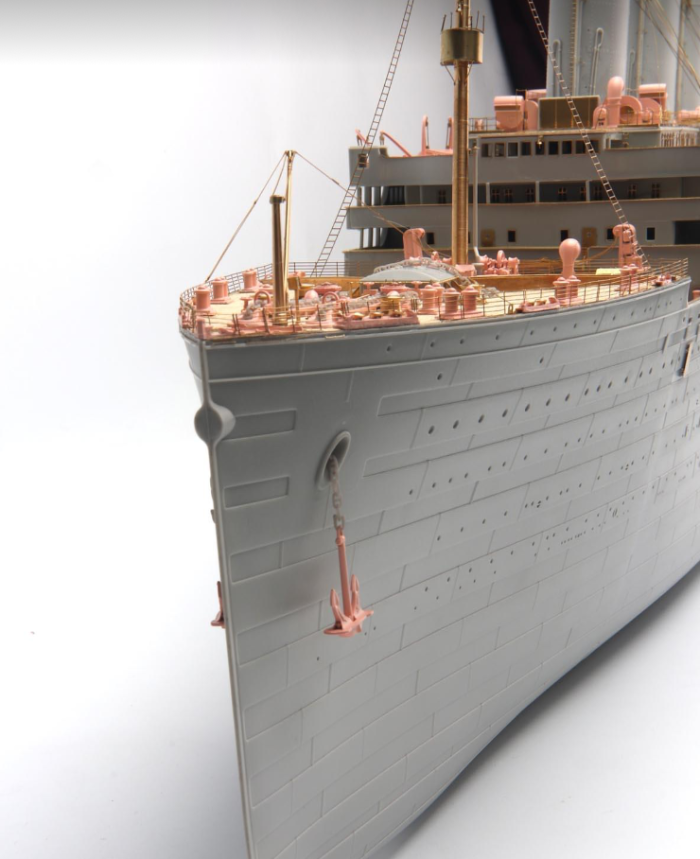 Its 1/200 RMS Titanic Detail-Up Set DX Pack (MD-20020) follows a similar format to previous offerings, containing 111 turned-metal parts, 20 unpainted and one painted PE metal fret and more than 300 3D-printed resin components. These are complemented by a colour-printed acetate sheet for the ship’s ornate public room windows, lengths of 0.5, 0.8 and 1.3mm diameter brass rods and a complete suite of wooden deck coverings – when combined these will enhance the model to museum standard. Resin cowl ventilators and Sirocco fan units (which crowd the open decks) are notable inclusions, replacing Trumpeter’s comparatively crude styrene parts, while the bridge has benefited from pre-painted telegraphs, steering wheels, warning signs and wheelhouse instruments. The superior laser-cut wooden deck overlays include cut-outs for various fittings such as cowl and fan units, mounted on a concrete layer rather than directly on the deck. A neat touch is a contingent of passengers and crew in period costume of the day – including Rose and Jack from the 1997 Titanic film by James Cameron. 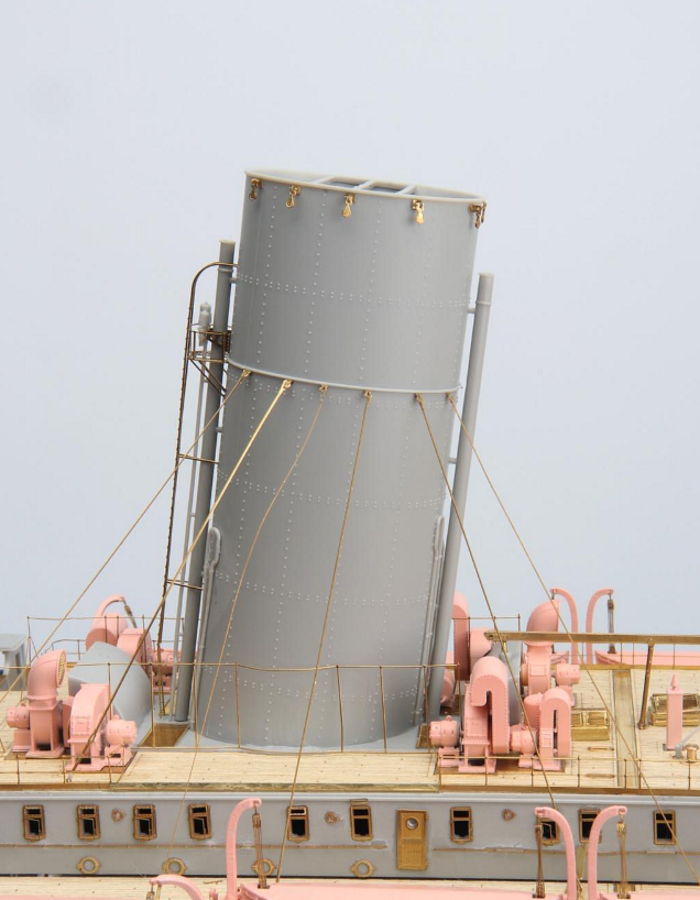 This set also corrects the lifeboat complement, with 20 new resin craft: 14 are 30ft 64-man boats, plus four 28ft 40-man collapsible boats – all depicted with realistic stretched canvas covers – and two 25ft 33-man rescue cutters, which were usually rigged for emergency launching. There’s a resin jig to assist assembly of the 40 PE passenger benches, while the ship’s propellers are furnished in 3D-printed resin. One big disappointment with the kit concerns the watertight doors, which are moulded integrally with the walls and are devoid of detail; MK1’s solution is to provide these as separate PE items, with handrails and bulkhead-mounted lights treated in a similar fashion. 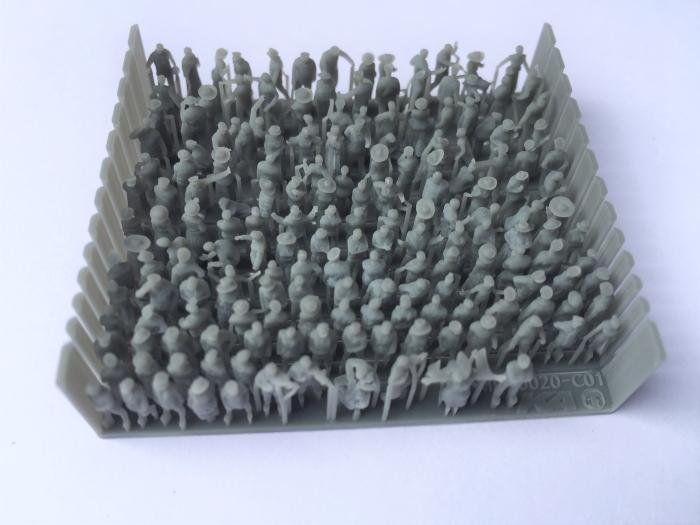 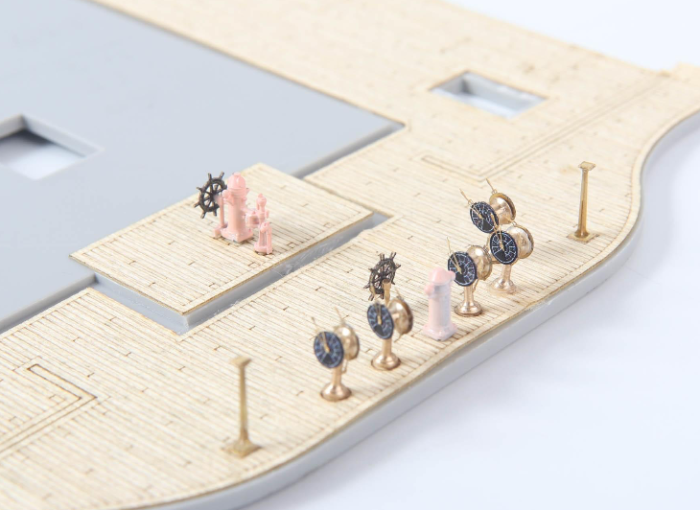 MK1’s Titanic set is a comprehensive and well-rounded upgrade – the resin parts enable complex items to be replicated accurately without undue effort by the modeller. It is available direct from KA Models (www.ka-models.com) and retails for US$330. Stephen Payne: Naval Architect - Designer Queen Mary 2