As CHRIS CLIFFORD discovers, the all-new 1/48 Me 163B Komet from GasPatch Models is a mixed-media delight. 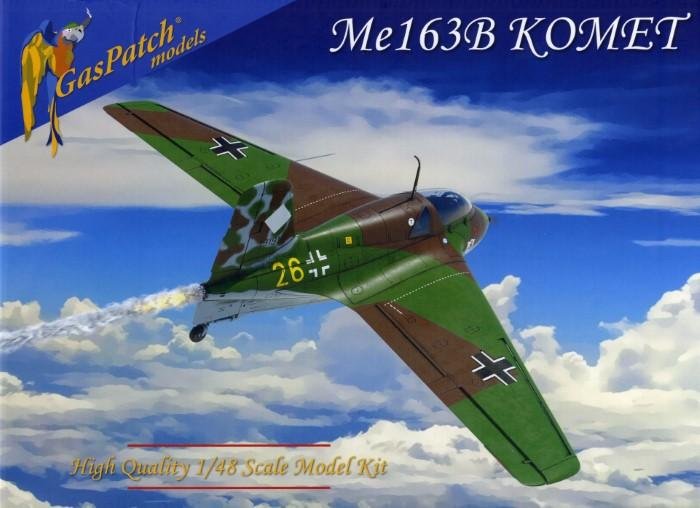 Messerschmitt’s Me 163 rocket-powered fighter has always been a fascinating and popular subject for modellers, and many kits have been released over the years. The new 1/48 offering from GasPatch Models, though, now arguably rules the roost in this scale due to its stunning detail.

Above: The standard of panel line moulding and reproduction of other details on this new Me 163 is exemplary. Note the gun bay features where the wing meets the fuselage. 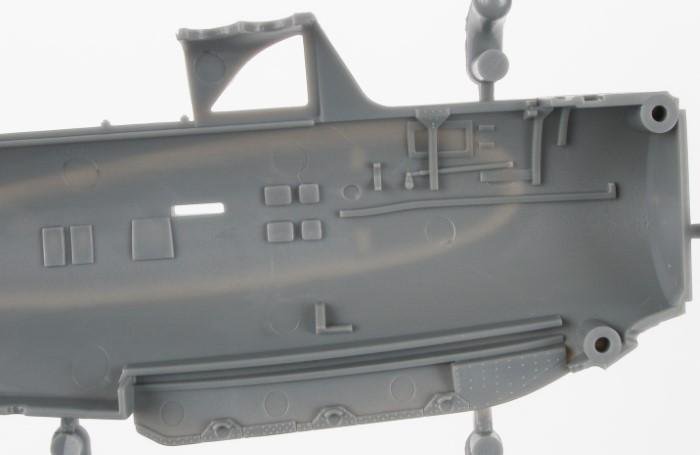 Above: Moulded detail adorns the inner fuselage halves... even in the landing skid bay.

Comprising 123 styrene parts, 23 photo-etched (PE) brass components, four 3D-printed pieces, and masks, this kit (48236) is pure class. The cockpit is particularly pleasing; despite the transparent rear bulkhead having ejector-pin marks, once these are dealt with the part’s detail will duly pop out once covered in paint. Moulding it in clear plastic more easily allows the presence of the two ‘quarter-panel’ windows each side of the upper seat. Another clear part replicates the type’s armoured glass in front of the gun sight. 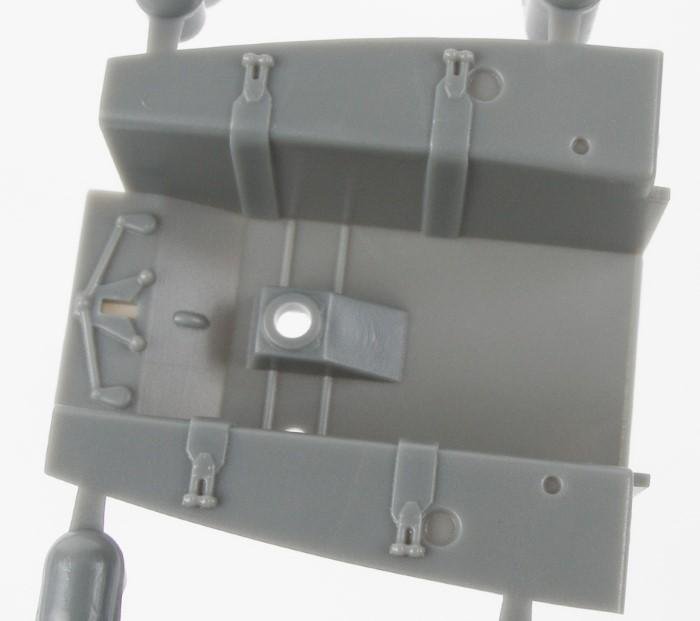 Above: Here’s the main cockpit tub.

PE seat mounts are provided, as well as seatbelts, rudder pedal straps, canopy jettison and instrument panel control levers also being provided in that medium. Items such as the oxygen regulator are also present, and the hose for this is produced very finely in styrene. 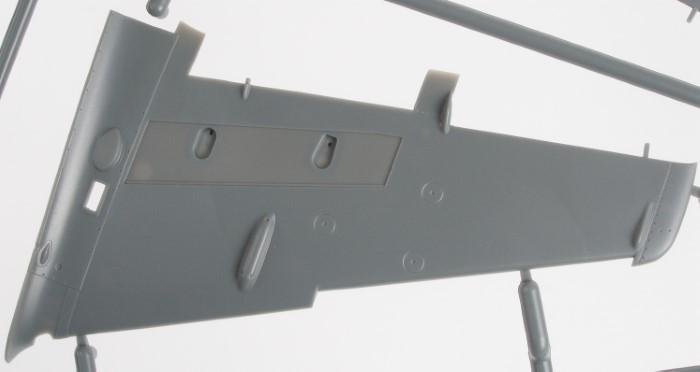 Above: Photo-etched brass flaps are provided to fit the recesses on the lower wings, and they can be posed open or closed.

GasPatch’s moulding prowess also excels with the ammunition compartment assembly, which benefits from small but exquisitely rendered lengths of 30mm cartridges. Regarding the guns themselves, the type’s Mk 108 cannon are also well-moulded items, and they come with 3D-printed resin jigs to ensure proper alignment when they are attached to the gun bay areas on the fuselage sides (each muzzle must meet the gun port in the wing leading edge). You can also choose to pose the gun bay panels open or closed. 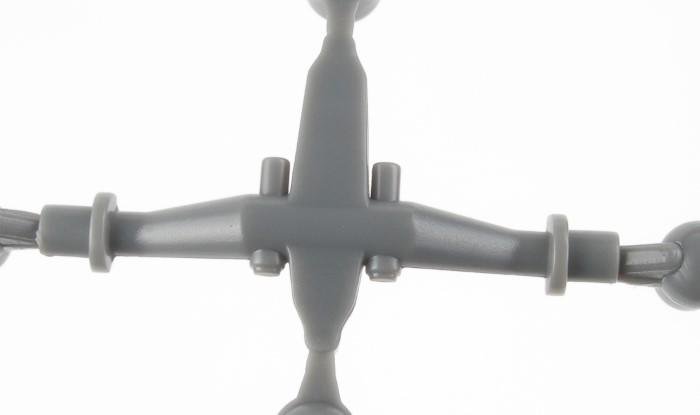 Above: The ground handling/take-off dolly unit, shown here, can be fitted with standard wheels, or those with a weighted effect. 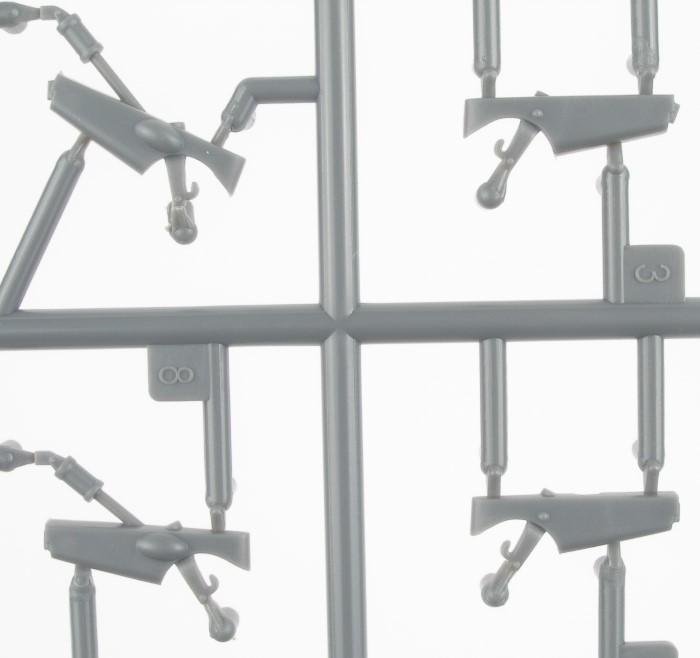 Above: The tailwheel unit can be displayed raised or lowered, and with its fairing fitted (as shown here) or without.

Above and below: Separate wheel hubs fit into the tyre parts.

There’s the option of having lowered flaps, the wings’ fixed leading-edge slats are separate, and you can also model the landing skid raised for flight mode, or retracted for landing. The full shock-absorption/retraction mechanism is provided, but so is the trademark wheeled take-off dolly – to which you can fit standard or weighted tyres. Another useful provision centres on the tailwheel unit, which can be shown in retracted or extended format, with or without its fairing. 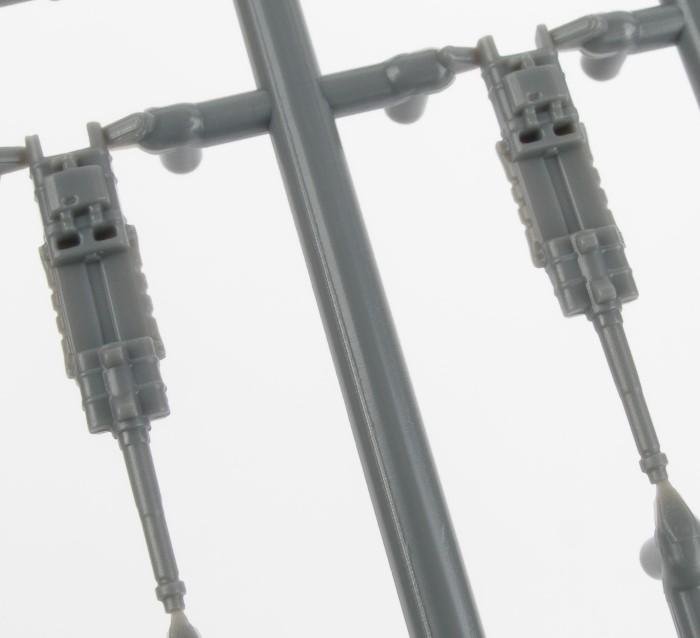 Above: Barrel-equipped halves of the MK 108 cannon.

Other parts on the PE fret include details for the landing skid mechanism, gun bays, flaps, tailwheel, exhaust, canopy, among other items, and also present are vinyl masks to cover the glazing during painting/airbrushing.

The decal sheet is excellent, displaying spot-on register and rich colouring, and offering markings for six airframes (with differing camouflage), including two machines captured by the Allies. They are: 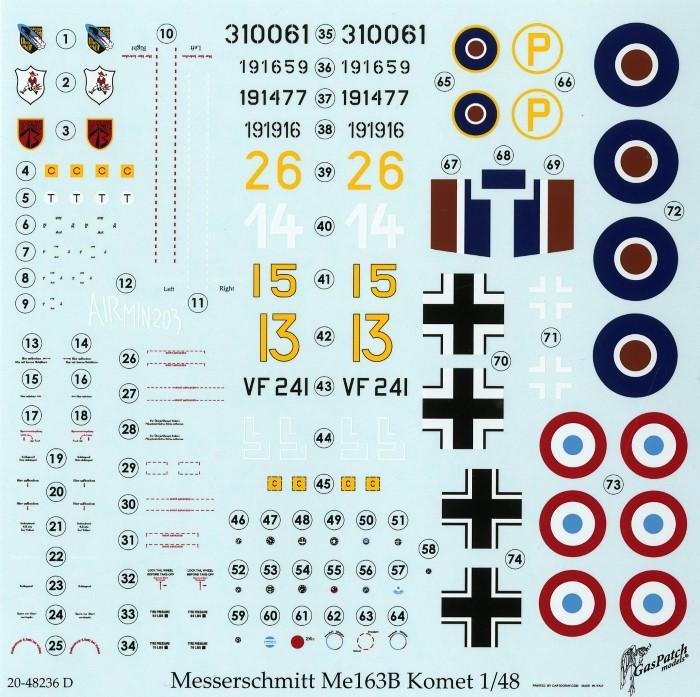 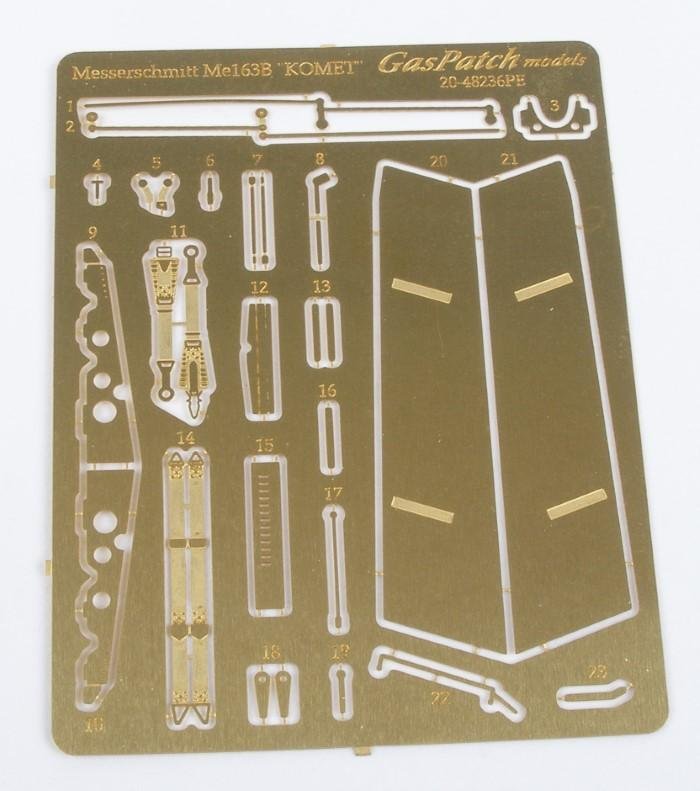 GasPatch really has nailed it with this kit, offering experienced modellers (and those who particularly favour Luftwaffe types) a sublime rendition of the famous rocket fighter. The finesse on some of the smaller styrene components has to be seen to be believed, but the moulding overall is admirable. Arguably, this is now the best Komet available in 1/48 scale. It costs 36€ and is available from: www.gaspatchmodels.com 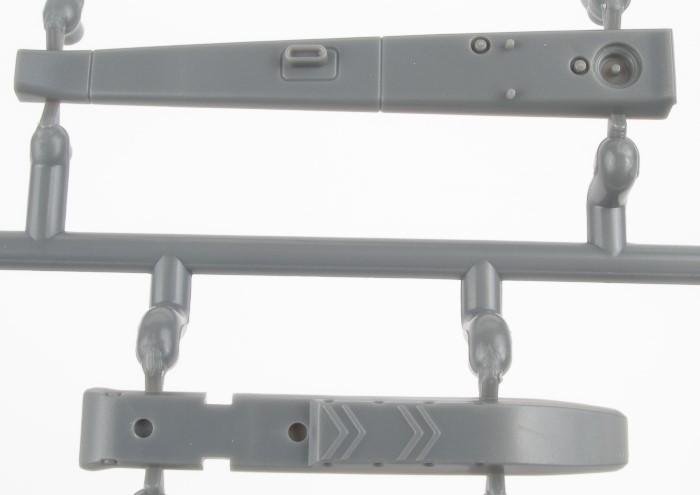 Note that the firm offers a separately available mask set in vinyl (below - Swastika portion not shown), and another in tape, for its Me 163B and these include masks for the camouflage, code numbers, national insignia and even the circled ‘P’ marking for the captured airframe VF241. Also released is a 3D-printed detail package comprising more refined cockpit parts, plus a pilot figure. 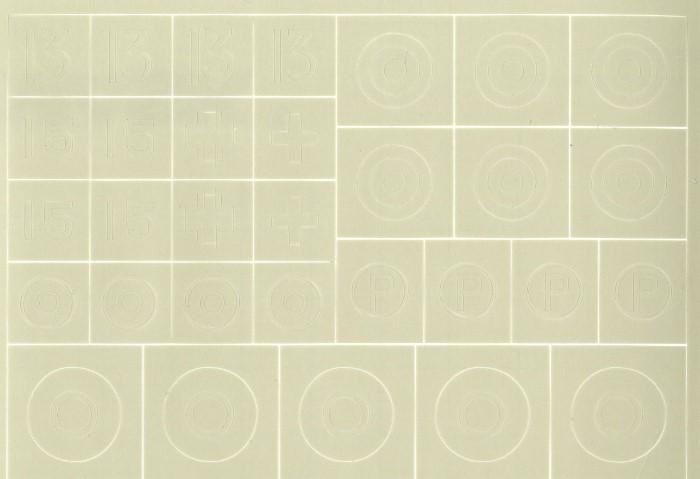 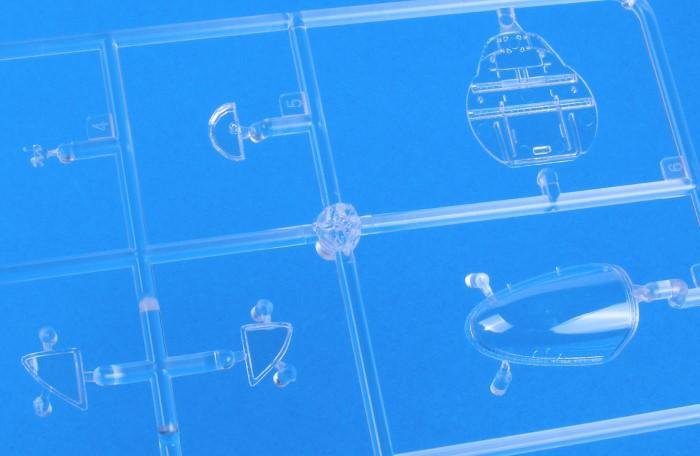