Sixth in Kinetic’s line of kits depicting the Mirage III and its derivatives is a new iteration containing new parts for the Atlas Cheetah D – the two-seat variant of airframes updated and operated by the South African Air Force (SAAF). 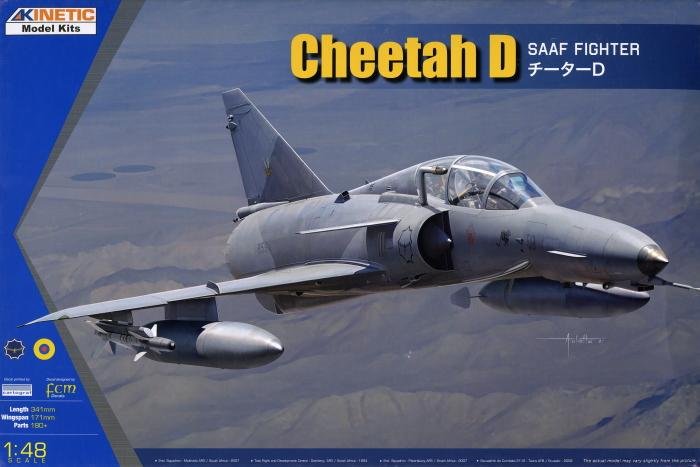 Click here to see a full-build of Kinetic's first Mirage III kit - upon which this new version is based.

This kit (K48081) is the first addition to the range since the IAI Nesher in 2020, so it’s something of a surprise there’s considerable carryover from previous boxings. However, Kinetic has been rather clever with its development of this range, as each set of additions has tended to lead into the next sub-type or variant. Here, the Cheetah’s canards are derived from the Mirage IIIE/V boxing, while fuel tanks are supplied on runner from its 1/48 IAI Kfir.

Why not join our community of modellers? Along with selected articles you will also receive our newsletter packed with in-depth articles, videos and quizzes you won't find anywhere else.