DECALS FOR THE LEGENDARY ‘CHIPPIE’

British aftermarket producer Kits-World has issued a decal package with Airfix’s new-tool 1/48 DHC Chipmunk in mind… and the possibilities are myriad. 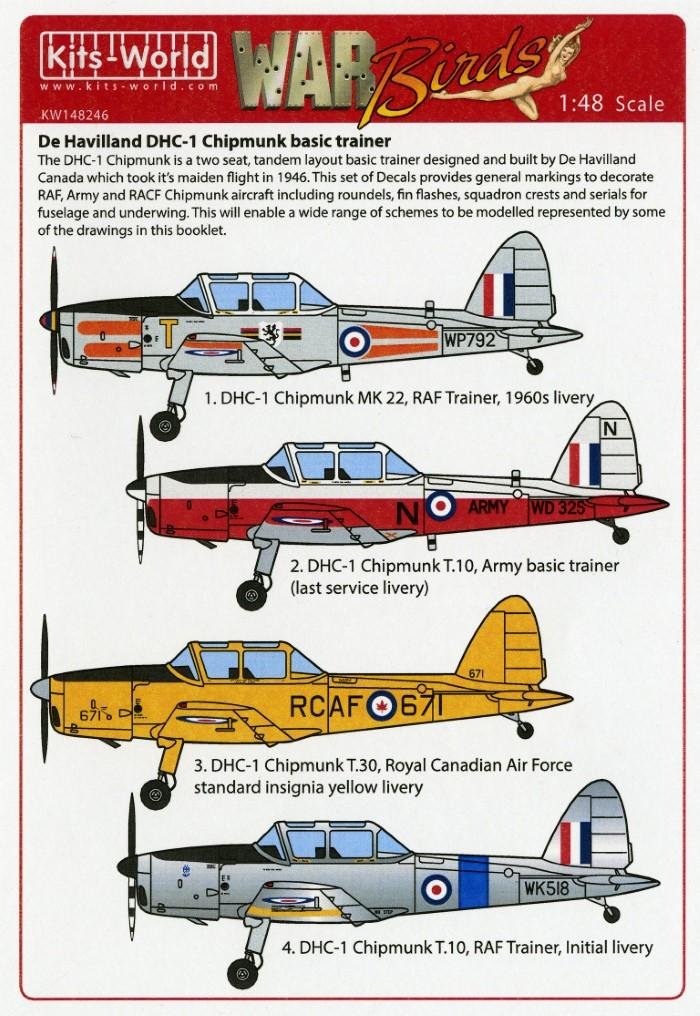 Some aircraft make simply excellent modelling subjects if you like colour, and the Chipmunk trainer is an ideal example. It wore a plethora of schemes and was employed by many countries. Kits-World has recognised the variety exhibited by the humble ‘Chippie’ with its new two-sheet decal package, which provides a wealth of markings and serials. 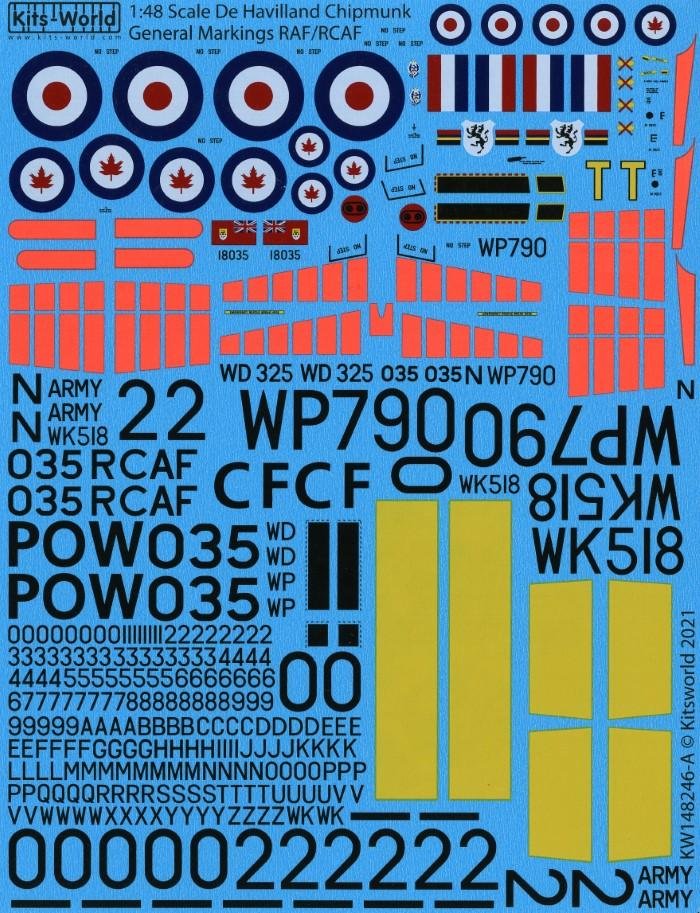 While the instructions with item KW148246 ‘de Havilland DHC-1 Chipmunk basic trainer’ suggest four individual schemes, all with different colours, those willing to do the research can replicate many other airframes, due to the large number of extra serial decals supplied. Besides these, you get British and Canadian roundels/fin flashes, one set of squadron motifs and Trainer Yellow wing stripes. RCAF and ARMY legends are also present, as well as Day-Glo high-visibility panels, wing-walks and other stencilling. Note, though, that Canadian Chipmunks had a bubble canopy rather than the more traditional framed version fitted to almost all other airframes, but the Canadian livery suggested here was in fact worn by a framed-canopy example, in homage. The four options on the instructions are: 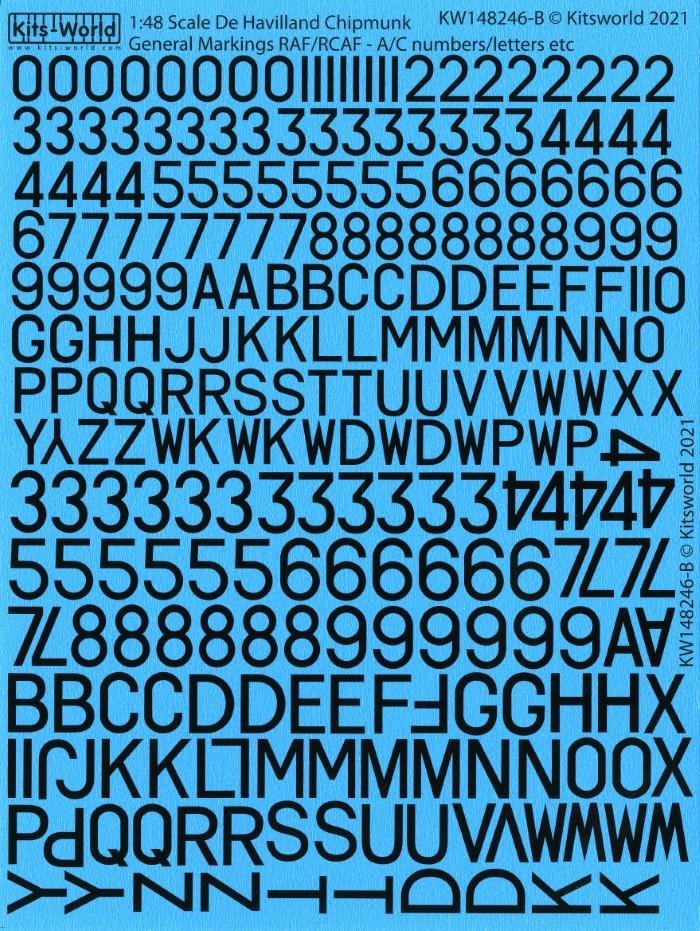 If you a real Chipmunk fan and wish to build various airframes in different schemes, you can have a field day here with all the markings supplied, although the provision of more squadron markings would have been appreciated. The set costs £19.99.

Also released for Airfix’s Chipmunk by Kits-World is a set of 3D-printed decals replicating seat cushions, harnesses and instrument panels, as item KW3D1481020, costing £9.99. Both are available from: www.kitsworld.co.uk 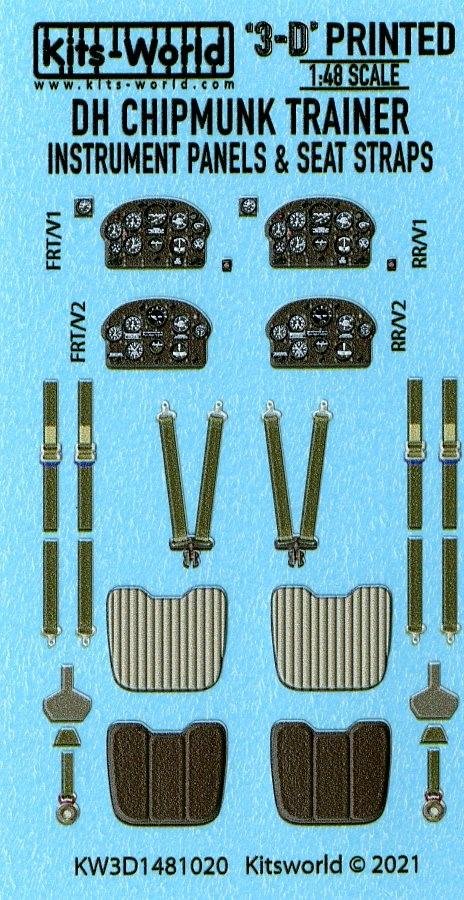