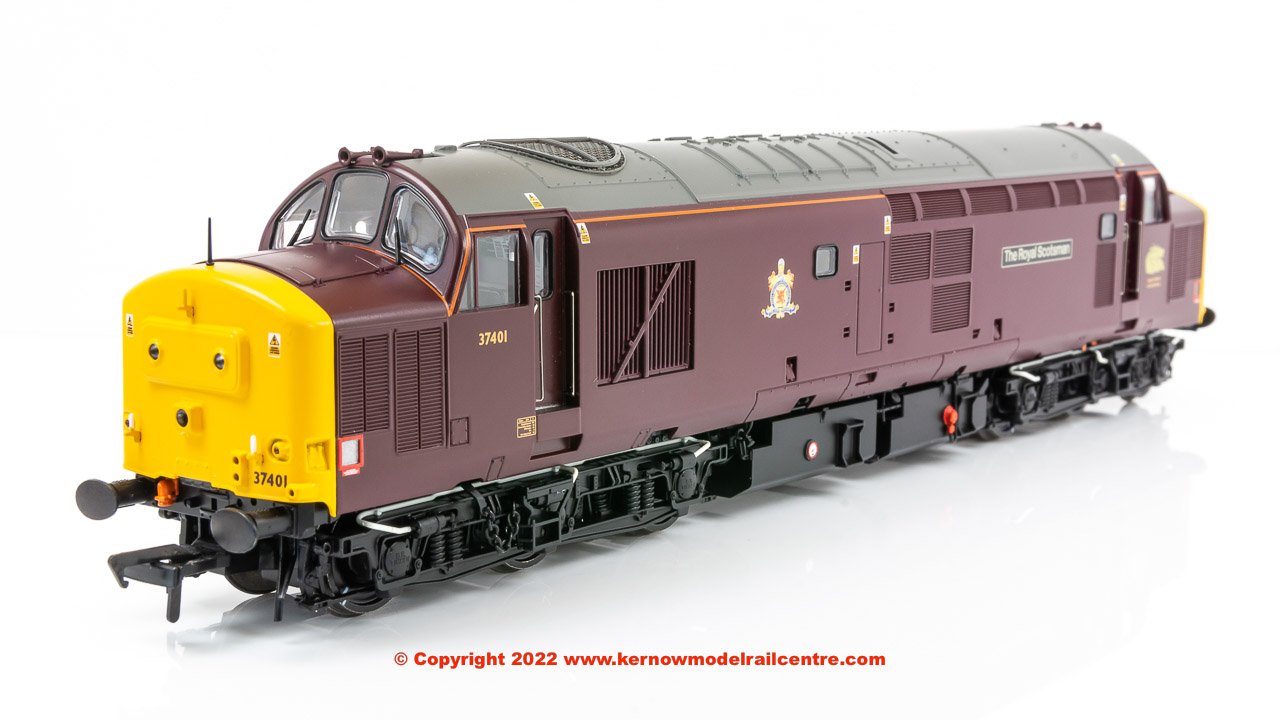 Originally named Mary Queen of Scots, 37401 enjoyed a long association with Scotland, especially on locomotive hauled passenger and freight trains on West Highland routes, as well as charter and sleeper trains. In 2001, it was repainted in EWS Royal Claret and named Royal Scotsman, for use on the luxury train of the same name. 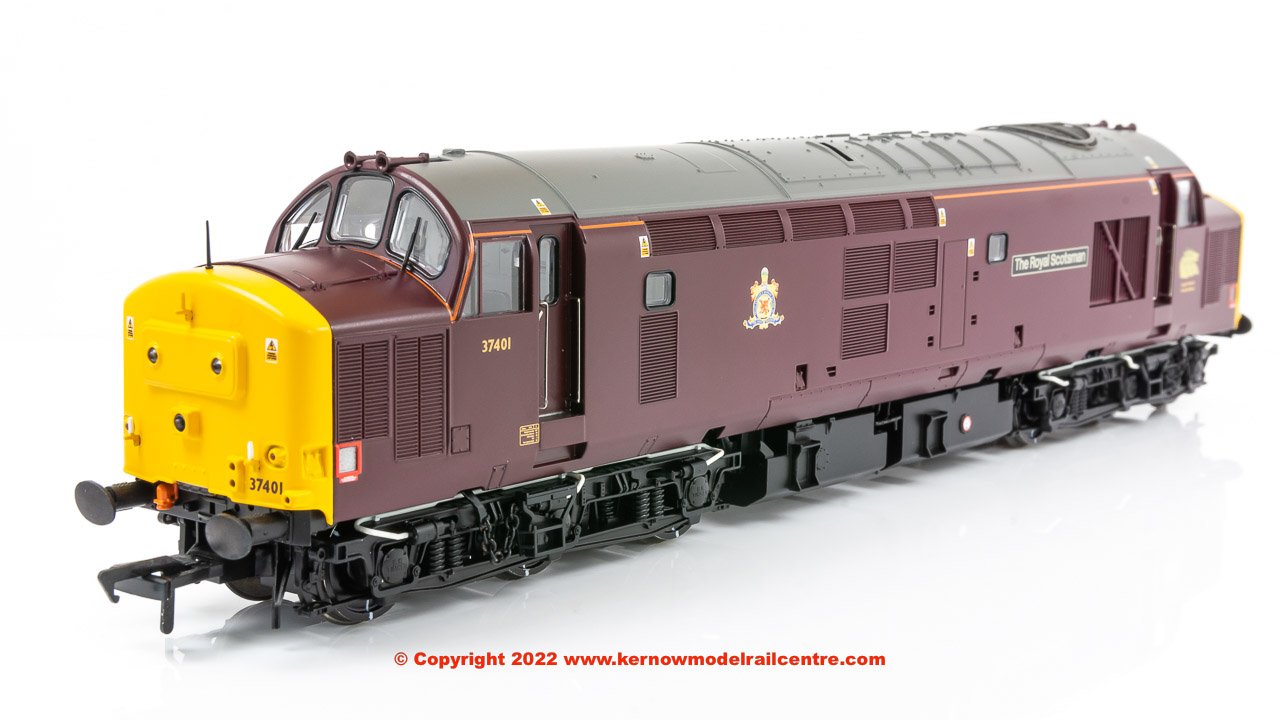