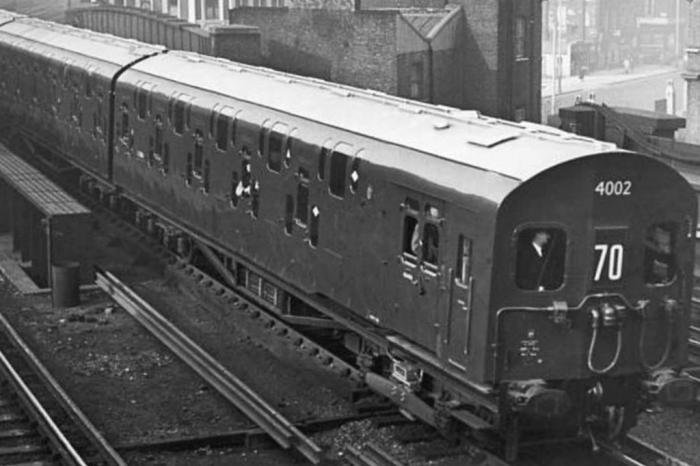 Built at Eastleigh Works in 1949, two four-car double-decker EMUs were developed for use on the Southern Region’s Eastern Section. Each was formed with Motor Third Brake vehicles at each end, sandwiching two Trailer Thirds. Designed by O.V.S. Bulleid, they were an experiment to find ways of reducing overcrowding on commuter services to/from London termini such as Charing Cross during the peaks.

Numbered 4001 and 4002, both units featured seating on two levels with a notably different appearance to a standard 4-SUB unit, particularly the bodyside profile with exterior doors and curved windows along the roofline, which added to their cramped appearance. The two four-car units could each seat 552 passengers, compared with 386 in a standard 4-SUB unit.

Whilst their capacity was impressive, their loading capabilities were not as dwell times at stations took longer while passengers boarded and alighted - standard units could stop and restart much quicker. No further units were built, although the two 4-DDs continued in regular use for just over 20 years.

Prices start from £350 for Digital Command Control (DCC) ready units, while DCC fitted and DCC sound-fitted (ESU LokSound V5.0) examples will also be available. An anticipated release date has yet to be confirmed.