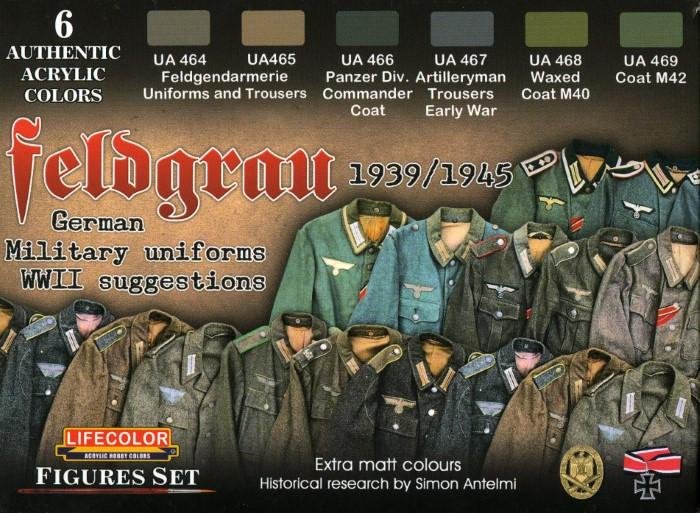 Novice military and figure painters can be forgiven for thinking that the German Field Grey – Feldgrau – was a single colour. However, many variances in shade appeared on German uniforms, according to the user unit, and different dies employed by material manufacturers. Of course, modellers should also consider general wear and tear, fading and the like.

Italian company Lifecolor has produced a new paint set that will make life much more interesting for anyone painting the relevant figures, regardless of scale, with its six-bottle Feldgrau 1939/1945 German Military Uniforms WWII Suggestions (item CS55).

The package provides plenty of variety for German figure finishing, via the following shades: 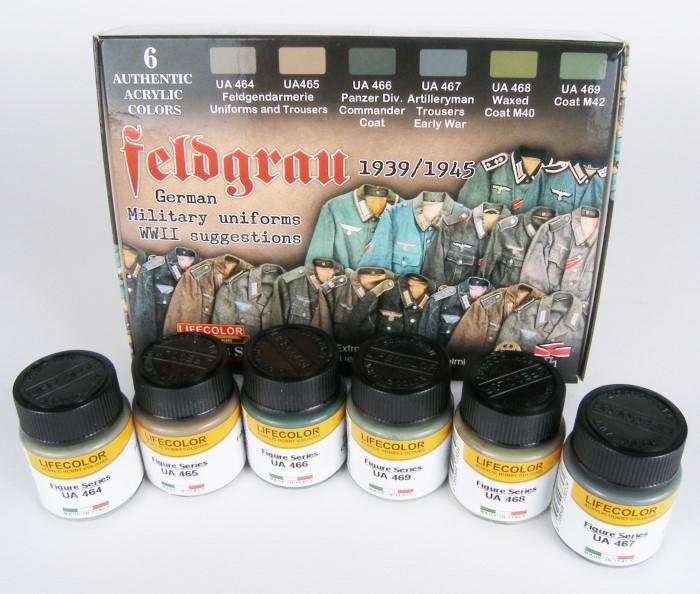 Colours range from what most know as the traditional Feldgrau, a ‘proper grey’ tone, to green-grey, solid green notes and even brown. Of course, these can be mixed to gain further versatility and change the effect. The extra-matt shades come in 22ml bottles and proprietary thinner/cleaner is recommended. Set CS55 is available from The airbrush Company (www.airbrushes.com) for £17.99.