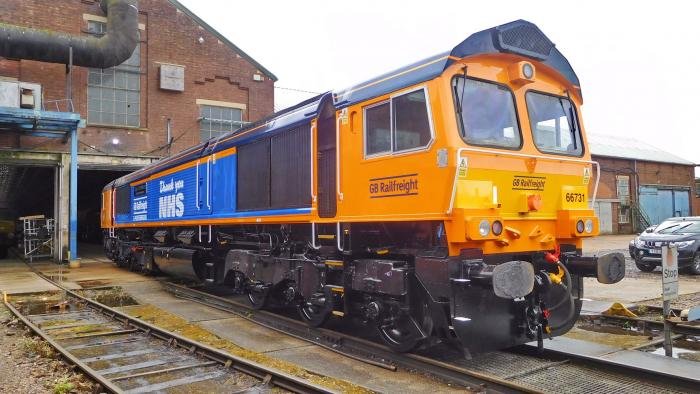 The limited edition models the special livery created by GB Railfreight, Porterbrook and Neil Booth of Railwayana Auctions for 66731 which was revealed on April 29. It was originally restricted to 500 pieces, but high demand for the model saw Hornby increase that figure to 1,000, then 1,500, and ultimately to 3,500 pieces. The Class 66 will be sold exclusively through Hornby's website and Hornby has said that the sale of the model will result in £140,000 being donated to the NHS.

In a press release on May 5, Hornby said: "As a company we were astounded by the kindness and generosity of those who had ordered the model, especially as we had originally stated it as a limited edition of 500. It became clear very quickly that the model will still be a limited edition but limited to 3,500, due to the kindness shown by those purchasing the model and therefore contributing to the NHS Charities Together."

It is available to order now from www.hornby.com.