Throughout the Victorian era there was a requirement for sturdy goods locomotives of the 0-6-0 wheel arrangement, with one of the most successful and long-lived designs being the North British ‘J36’, a type which gave no less than 79 years’ continuous service, as EVAN GREEN-HUGHES discovers. 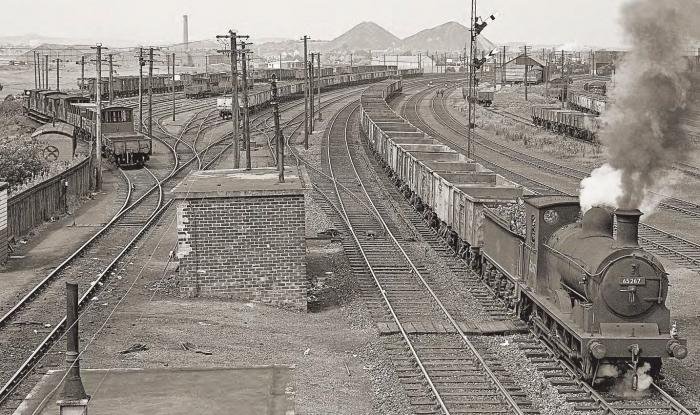 The ‘J36’ 0-6-0s could be tasked with substantial trains, as well as the more typical light branch traffic. In 1965 65267 heads a train of coal empties past Bathgate shed.
W.J. Verden Anderson/ Rail Archive Stephenson.

IN THE LATTER part of the 19th century the North British Railway (NBR) was one of the premier railway companies operating in Scotland. As well as owning the East Coast Main Line (ECML) north of the border the company had extensive tracks stretching as far as Perth, Dundee and Fort William. The Border Counties route gave the company access to Tyneside, it could run to Carlisle via the Waverley Route and it also had a complex network of lines around east Scotland, with all of these routes generating considerable levels of goods traffic.