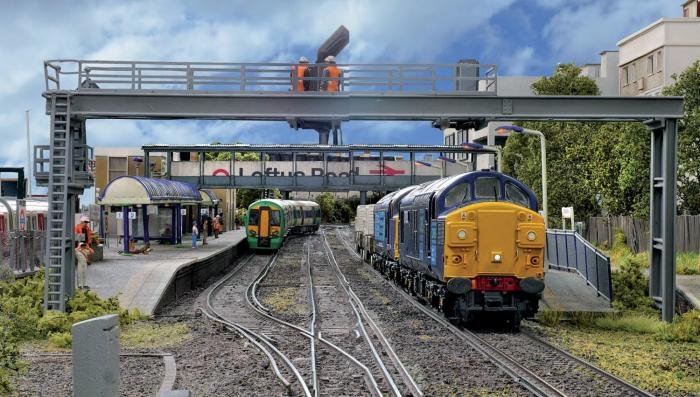 A pair of DRS Class 37s hurry through Loftus Road with nuclear flasks whilst in the background a Southern Class 377 Electrostar departs for Harrow & Wealdstone. The famous half-painted lettering on the bridge is inspired by the appearance of the real station footbridge at Kensington Olympia for many years during the early 2000s.

LOFTUS Road dates back to the heady days of summer 2005 when a small gang of Worthing Model Railway Club members, led by protagonist Pete Hollman, joined forces with the goal of modelling contemporary Kensington Olympia. The location was an exciting West London thoroughfare offering an unusually wide variety of freight services, mingling alongside passenger trains and even at one point regularly witnessing the glamourous Eurostars.