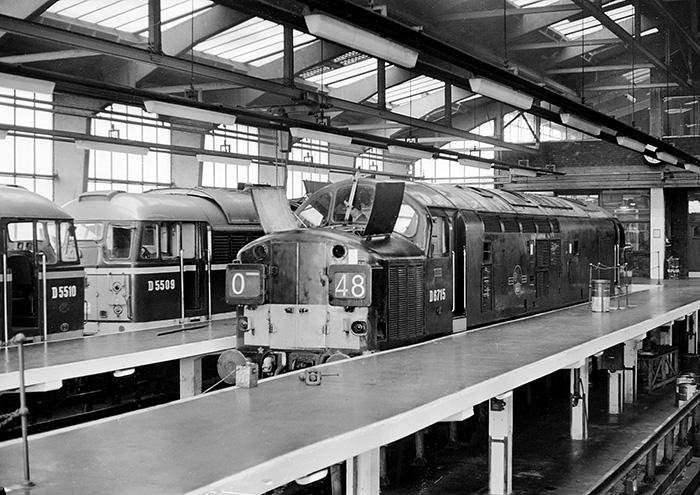 The new diesel sheds were often equipped with raised platforms to allow fitters direct access to the locomotives when working on them while the rails were mounted above ground level to provide access to the brake gear. In July 1963 Class 37/0 D6715 receives attention inside Stratford Traction Maintenance Depot. Colin Whitfield/Railphotoprints.uk.

STEAM SHEDS WERE, by their very nature, filthy places. Steam locomotives produced copious quantities of grime from the moment they were lit up to when the fire was dropped at the end of each duty, leaving piles of ash and soot.

Britain was late onto the diesel scene, but in the years immediately following nationalisation it became apparent that internal combustion offered many advantages over steam and, although steam locomotives continued to be built, diesels and electrics were clearly the way forward. However, unlike steam, diesel required a clean environment in which to be maintained and in the rush to modernise this fact was completely overlooked at first.