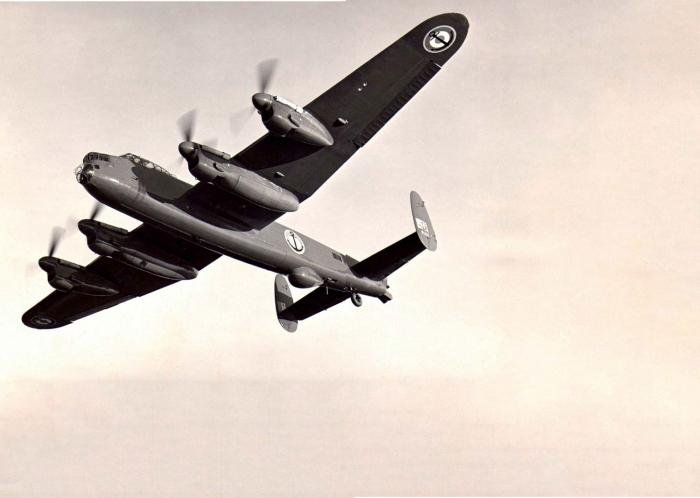 The first of the Lancasters destined for France shows off its classic lines prior to delivery. Formerly B.VII NX613, it received the new identity WU-01 for Aéronavale service and was handed over to the French in December 1951. Avro staff photographer Paul Cullerne took this and many other images of WU-01 during late 1951.

Avro’s instantly recognisable Lancaster is one of the most famous and celebrated warplanes to have been produced by Britain’s aviation industry. The type’s exploits during World War Two are legendary, but it’s often forgotten that the aircraft continued in service after the end of the war in a variety of roles, and with several overseas customers.

Another of Paul Cullerne’s photographs of the first French WU Lancaster, WU-01, this air-to-air image was taken during late 1951. It shows WU-01 was unusual among the French Lancasters, in having exhaust shrouds.
(All Avro Heritage Museum unless stated)