The past few years have seen a resurgence in British Army kits, with this brand-new tooling of an Operation Herrick-standard FV510 Warrior from Meng just the latest. 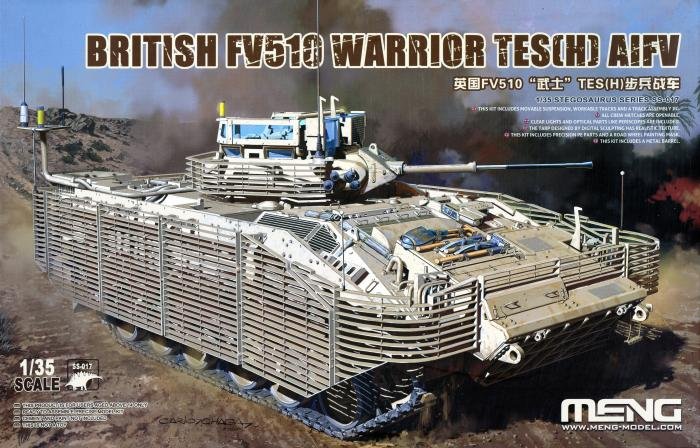 Its Warrior TES(H) AIFV (SS-017) appears to have captured the type’s appearance faithfully, along with the additional armour protection and mine countermeasure equipment added to vehicles deployed to Afghanistan. It comprises six styrene runners plus separate upper/lower hulls and turret top, poly-caps for the running gear, a turned metal gun barrel and a small photoetched brass fret. The moulding is superb, notably on the extensive bar-armour components, while the tracks are of the individual-link type with separate linkage pins – thankfully a jig is included for easy assembly. This is a quantum leap in terms of detail and refinement over the old Academy boxing and one that will be popular among fans of British Army armoured vehicles. Markings are supplied for a single vehicle assigned to B Company, 3rd Battalion, The Mercian Regiment (Staffords) during its Operation Herrick XIV deployment in 2011.