OUT AND ABOUT Middle Wallop Show 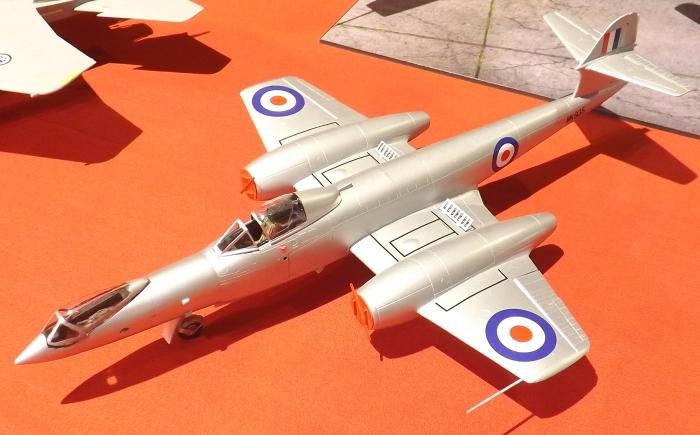 The relaxing of pandemic restrictions during late 2021 allowed one of southern England’s important model shows to take place once more.

Staged by the Army Flying Museum at Middle Wallop in Hampshire, the event marked a welcome return for this gathering, which was last held during November 2019. The Army Flying Museum is one of Britain’s major aviation collections, located at the edge of and adjacent to the historic and still very active Middle Wallop airfield. This air base continues to be an important centre of the British Army’s helicopter activities.

Prior to the pandemic, the museum had been the site of an annual model show inside one of its two major display halls for over a decade, with a gap in 2018 due to major alterations within the museum itself. Its November 2019 event was the last before the pandemic caused the planned 2020 exhibition to be cancelled.

On November 21 last year, the event made a welcome return, being entitled the ‘Aircraft Enthusiasts’ Fair and Model Show 2021’. For the revamped exhibition the participants were in both main display halls, ensuring suitable distancing existed between the various model clubs and traders taking part.

Although somewhat smaller than the previous 2019 event, it was comparatively successful in terms of visiting members of the public. Further details of the Army Flying Museum and its activities can be found at https://www.armyflying.com/ 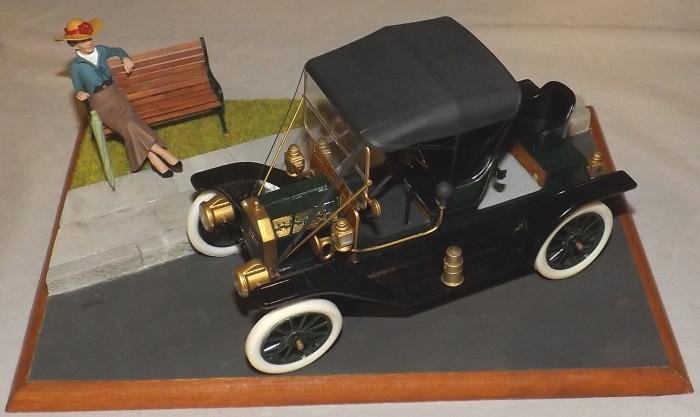 Above: Central Park in New York before World War One was represented by Mick Ellis of IPMS Salisbury using the ICM 1/24 Ford Model T 1912 Commercial Roadster kit as a basis. 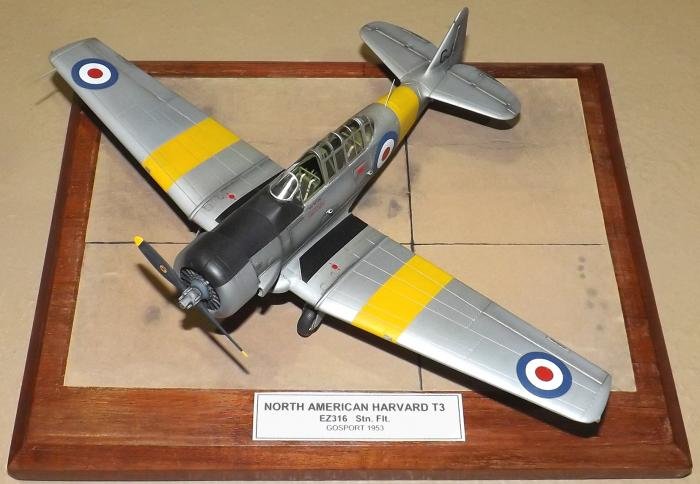 Above:  A star of the Middle Wallop show was this beautifully-finished Italeri 1/48 Harvard in Royal Navy markings, by Ian Domeney of the Poole Vikings Model Club. 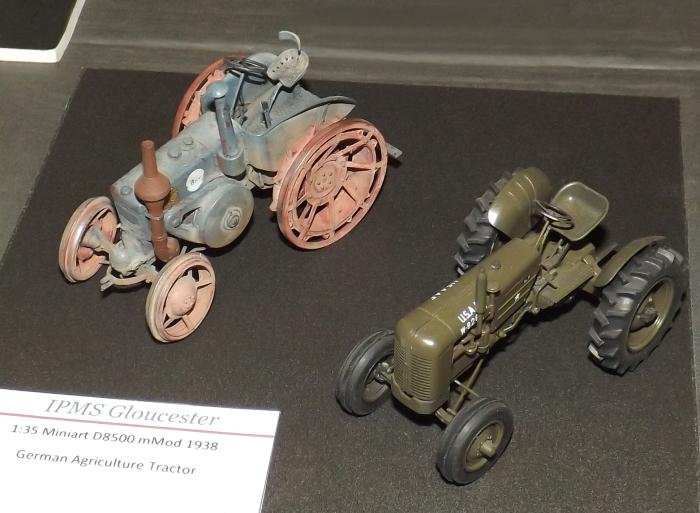 Above: A MiniArt 1/35 German agricultural tractor on the left, and a USAAF airfield tractor on the right from the Airfix (Thunder Model) 1/35 kit, were displayed on the stand of IPMS Gloucester. 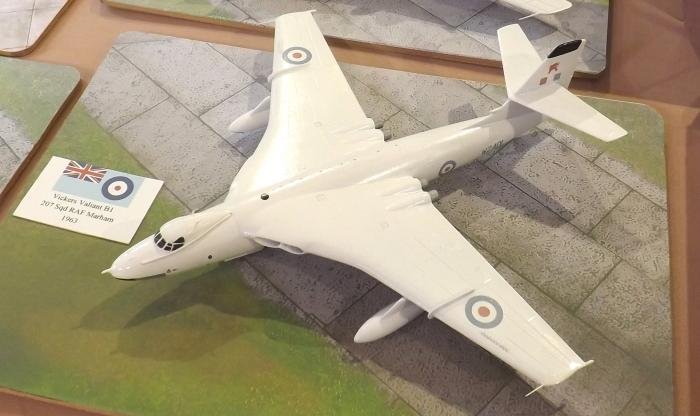 Above: The collection of V-Bombers in 1/144 made by Richard Amphlett of The Tank Museum Volunteer Modellers included this Valiant B.1 based on the MicroMir kit. 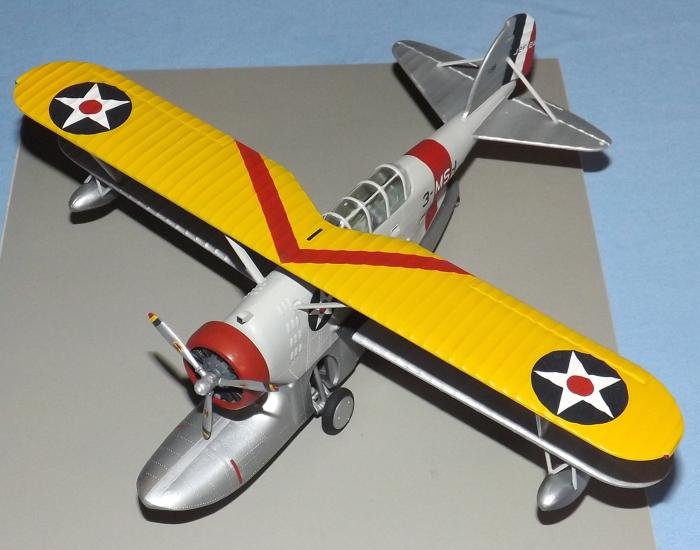 Above: Among the 1/48 gems exhibited by the Cotswold Scale Plastic Modellers was this colourful Glencoe Models US Marine Corps Grumman J2F Duck. 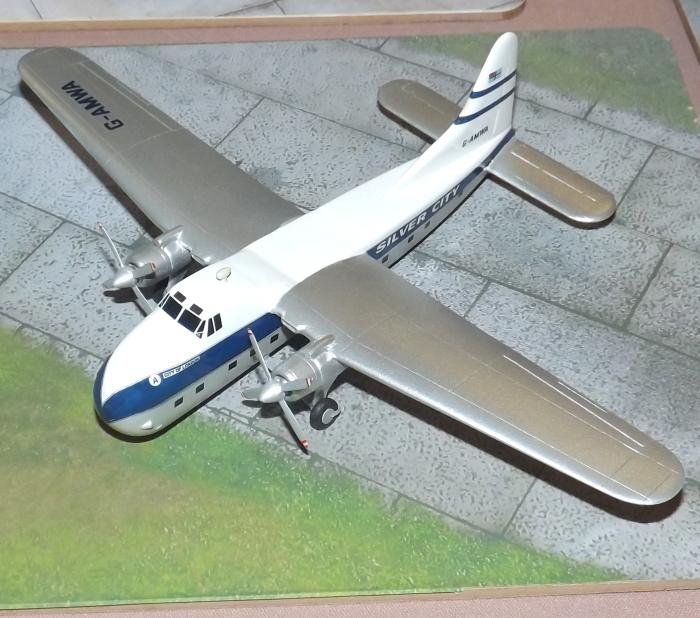 Above: Richard Amphlett of The Tank Museum Volunteer Modellers showed off his extensive selection of 1/144 models, including this Silver City-operated Bristol Freighter of Welsh Models origin. 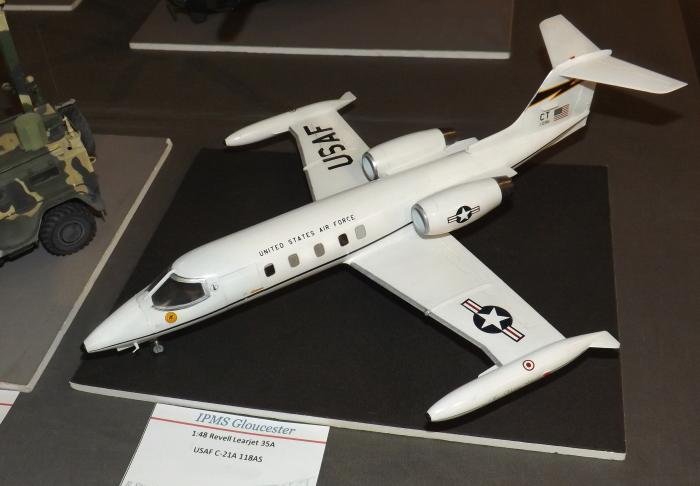 Above: An attractively finished Revell (Hasegawa) 1/48 C-21A Learjet adorned the presentation of IPMS Gloucester at the Middle Wallop show.