Quality new resin items from Italy’s Royal Model have just been released, in 1/48 and 1/35 scales, as CHRIS CLIFFORD discovers. 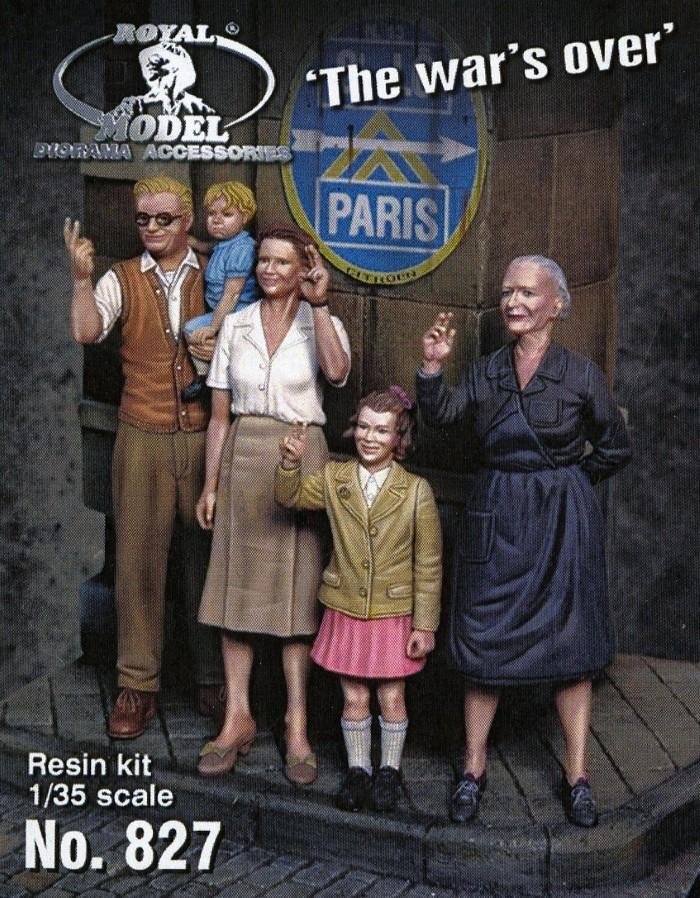 Royal Model has forged an enviable reputation for its splendid resin sculpting and casting, and those traits are more than evident on four new products. Firstly, in 1/35 scale, figure set ‘The war’s over’ (No.827), provides a civilian family posed giving the ‘V for victory’ sign to Allied troops aboard tanks, trucks or other vehicles driving by after liberating mainland Europe. While the box front shows a French road sign, these figures could easily represent people from various continental countries. 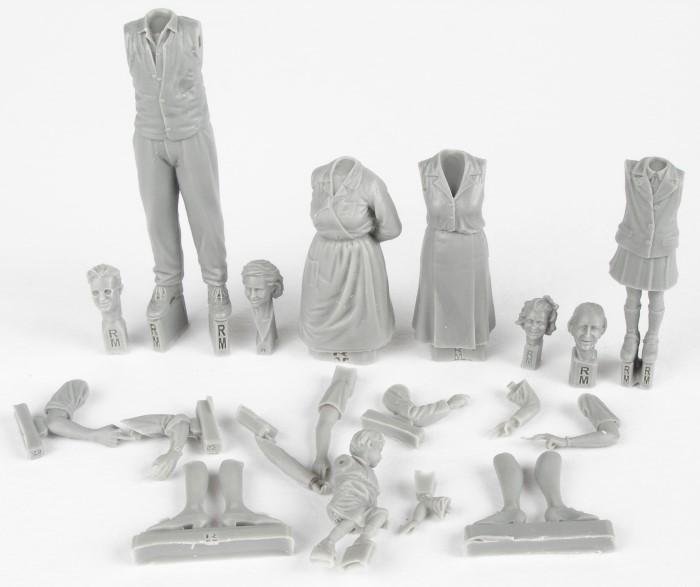 A couple with two children (one a toddler, the other aged 7-8) and presumably the family grandmother, are represented, with the youngest child sitting on the bespectacled father’s left arm. Creases and folds in the clothing are convincing, and the facial/hair sculpting is especially impressive. The better these features are, the easier it is to paint them and gain greater realism.

The undersides of the females’ skirts are solid and flat, so you may want to create a degree of undercuts with these, but it isn’t vital if the subjects are to be viewed at eye level or from above. Much fun, though, can be had in choosing and rendering the garment colours, and more experienced/skilled figure painters could also add patterns if desired. This is a splendid set, and while the £35.26 asking price might seem a little steep, remember there are five full figures of outstanding quality. Ripe for a pleasing little vignette, these are also useful additions for a diorama. 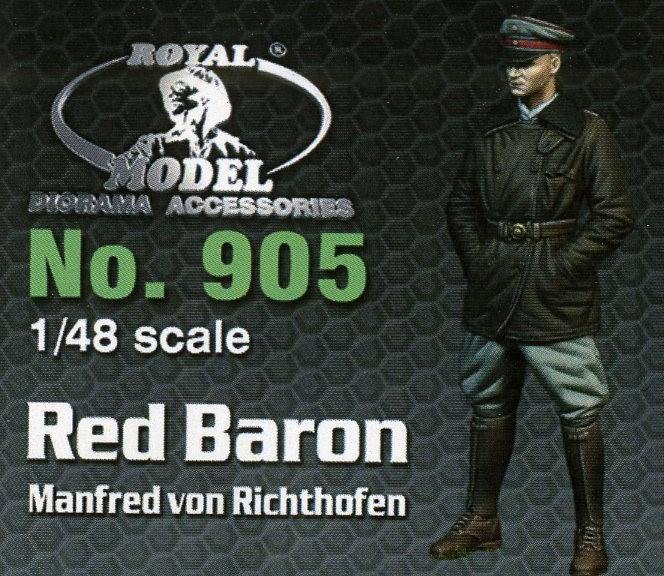 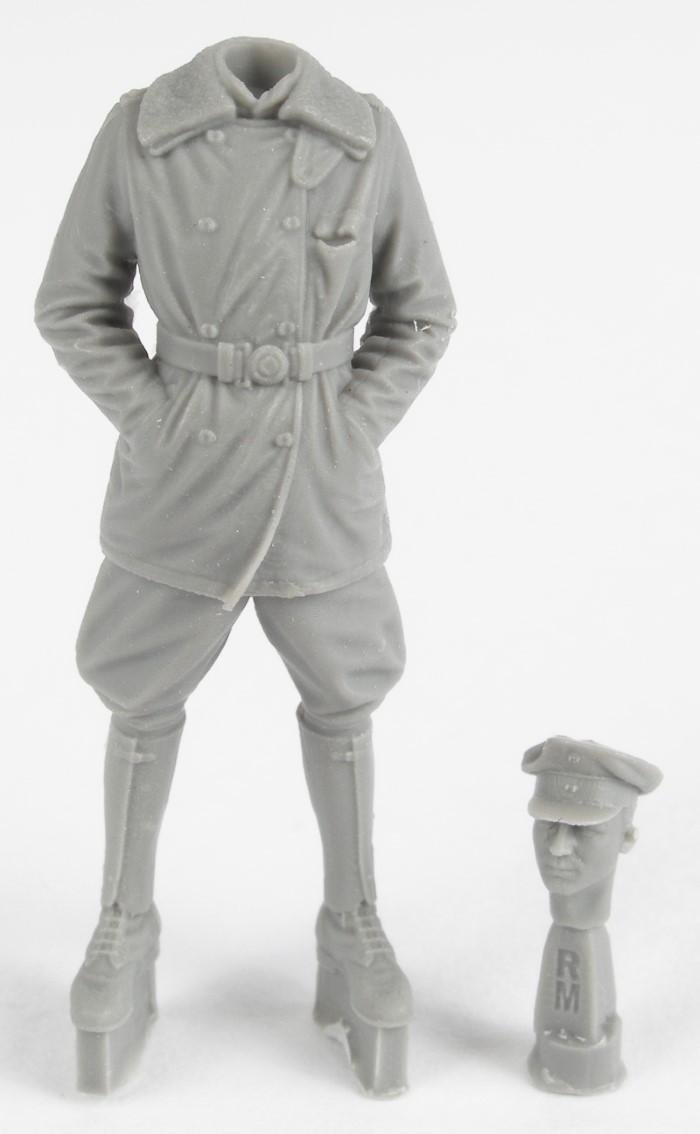 Next comes a 1/48 figure of Manfred von Richtofen, the legendary ‘Red Baron’ from World War One aerial combat fame. Item No.905, it has this pilot posed standing, hands in coat pockets, and it’s ideal for placing in front of a relevant aircraft build. A leather belt secures the coat at the waist, and the trademark knee-length boots are also present. Quite how sculptors manage to create such clear and strong facial features in this smaller scale is admirable, and the slight pinches on the headgear also add character. This figure costs £8.95. 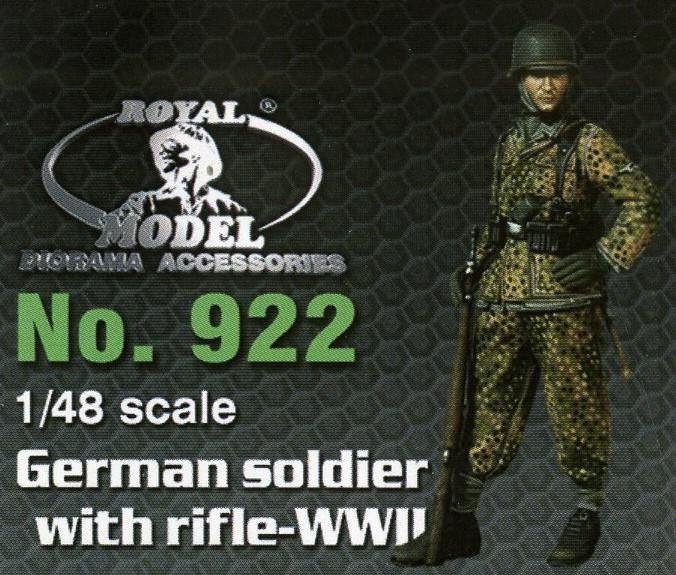 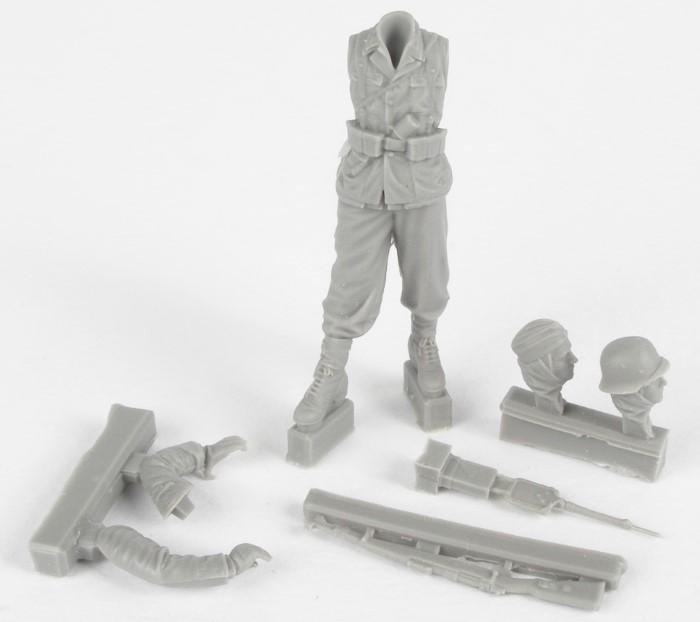 Moving to World War Two, set No.922 offers a standing Waffen-SS grenadier in late-war garb, having a camouflaged over-tunic, belt gear and pouches, low boots with gaiters and a Kar 98K rifle. He’s posed nonchalantly, with left hand on hip; a separate entrenching tool is supplied and, thoughtfully, alternative heads are supplied. One has the standard helmet, while the other head is adorned with a snood, over which a Feldmütze side cap is worn. Also £8.95 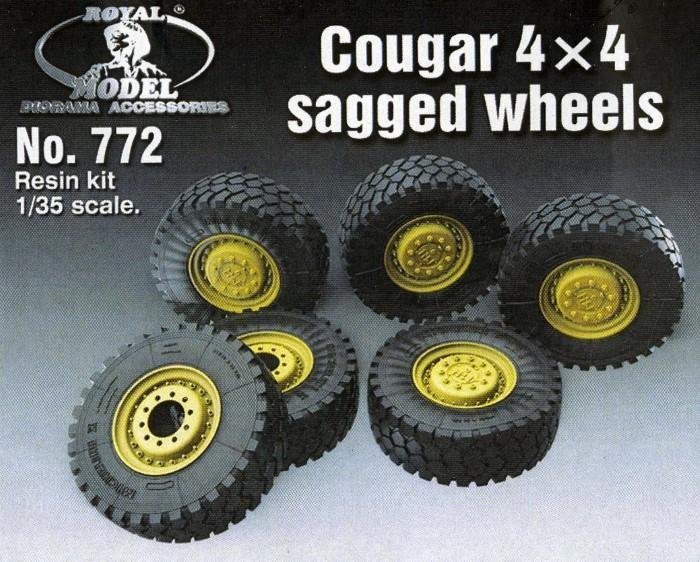 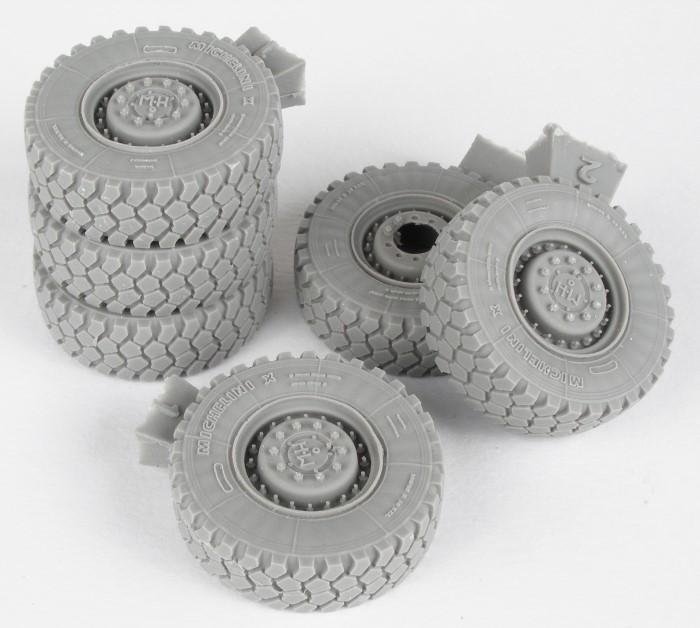 All these items can be ordered directly from: www.royalmodel.eu