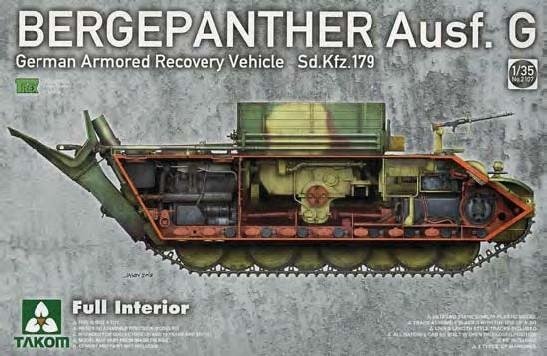 There seems to be a competition for which manufacturer can cram the most detail into a vehicle, and Takom’s Bergepanther is a clear example, with beautifully moulded parts on 28 styrene runners. It includes a separate upper hull, lengths of cable, chain and thread, a photo-etched brass fret and two running gear jigs. This recovery vehicle is arguably one of the better types to provide such an intricate interior, although it’s a shame greater provision for open hatches wasn’t made. It features a full transmission, powerplant, winch mechanism and crew positions, and these complement the busy exterior, with its rear-mounted towing spade and jib crane. Four schemes are provided: 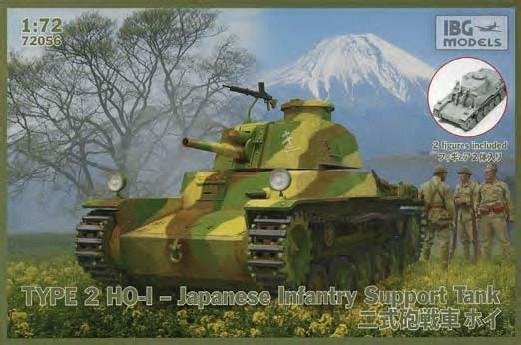 Having produced a newly tooled Type 1 Chi-He, IBG has taken the next logical step with the infantry support variant, the Type 2 Ho-I. It shares four of the five styrene runners with its predecessor, along with the photo-etched brass fret, one-piece lower hull and single-part track/road wheel gear assemblies; the single changed frame provides components for the larger turret and main armament. All parts are detailed superbly, with integrally moulded handles, hinges and engine grilles on the upper hull. Arguably, though, the highlight is the running gear, which features detail on the inner/outer faces and even a convincing tread. There is just a single three-tone camouflaged option on offer, for an unidentified vehicle in Japan during 1945. 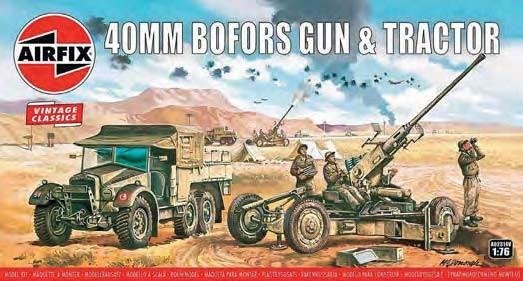 Airfix’s Bofors Gun and Tractor is arguably one of its best 1/76 offerings, so it’s great to see it available once more. While the detail may not be up to modern standards, it’s highly commendable and, despite the moulds being more than four decades old, there is minimal flash and just a few heavy seams to neaten. There are three styrene runners, and these provide sufficient components for a Morris CD/SW 30cwt (hundredweight) 6x4 tractor and driver, 40mm Bofors gun on wheeled trailer and a full gun crew, comprising trainer, layer, loader and spotter/ commander. The two vehicles can be configured as if in transport or in ready-to-fire position, and the tractor has ammunition stowage on the rear deck. Markings are provided for a single vehicle, attached to the 15th Light Anti-Aircraft Regiment, 7th Armoured Division, North Africa, 1940. 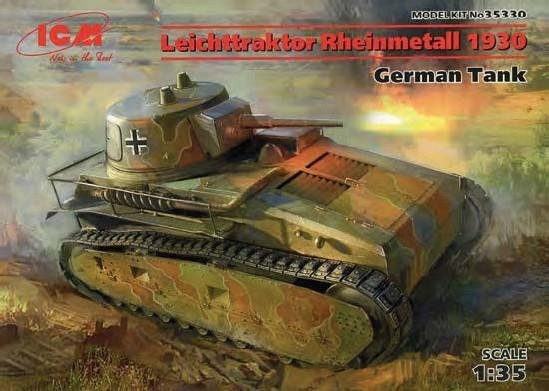 Modellers looking for an easy subject for their first military kit should seriously consider ICM’s Leichttraktor, as it’s great value, packed with detail and simple to assemble. With every release, the firm seems to improve on its moulding quality and this kit continues that theme, with crisp features on the exterior; the interior comprises just a breech mechanism for the main armament, but the optional open/closed hatches offer plenty of scope for super-detailers. One or two heavy seams were noted on AMW’s sample, but these should be easy to remove with a knife or sanding stick. Tracks are supplied as two-piece vinyl lengths – these have excellent treads and capture the type’s plate-style links faithfully. The single scheme depicts a vehicle in three-colour disruptive-pattern camouflage during 1930 and is bedecked with just three optional Balkenkreuze insignia on the turret sides and rear hull plate. 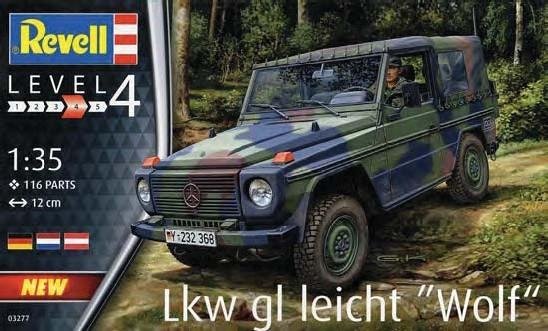 Revell’s splendid Wolf 4x4 makes a welcome return and offers a greater variety of markings options. It comprises four styrene runners plus five vinyl tyres and all parts are moulded crisply, notably the radiator grille and wheel hubs. This can be modelled as an open/ tarped vehicle, but modellers will need to check references for the International Security Assistance Force (ISAF) machine, which potentially would have been fitted with GPS, improvised wire cutter and/or a crew-served weapon in the rear compartment. The only change is to the decal sheet, which provides markings for four vehicles, a pair of German Wolfs and one each Dutch and Austrian: 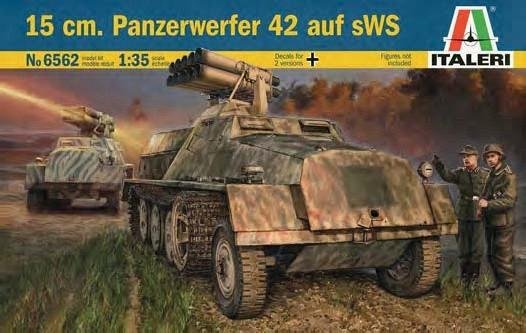 Whether or not its release was intended to coincide with the original’s 21st ‘birthday’, the return of Italeri’s Panzerwerfer means there’s a budget-level kit of the type available once more. It may not have the refinement of Bronco/ Great Wall Hobby offerings, but there’s much to savour, from the link-and-length tracks to the partially furnished interior (with rocket reloads), accurate representation of the launcher and option for open/closed hatches. There are four styrene runners, of which two are dedicated to the tracks and running gear, although the panel lines are heavy in places. A full complement of tools is supplied, which enlivens the exterior, but no personal equipment is included. Stencils are supplied for the rockets and there are two schemes: 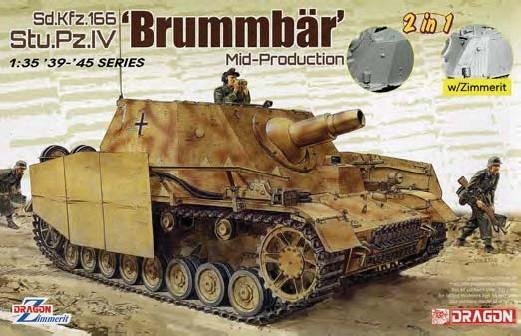 Dragon’s second-generation Brummbär (German: grouch) is now in its fourth boxing, and blends parts from the standard and Zimmerit-coated releases (6460 and 6500), so there are two lower hulls, casemates, glacis and rear hull plates, and engine decks. It means there are more unused items than usual, but the moulded detail is superb, notably on the Zimmerit and the main gun breech mechanism. Tracks are supplied DS Styrene lengths, with convincing tread. Modellers will need to check references to determine which of the markings options were Zimmerit-coated: 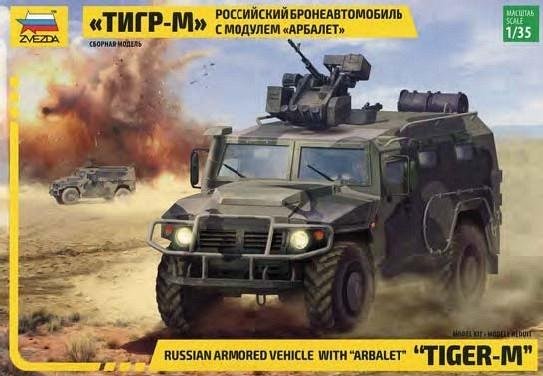 Zvezda has taken its baseline GAZ- 233014 (3668 – see AMW, Jan 2017) and added an Arbalet remote weapons station, mirroring realworld developments. It does this with a new Runner F (bringing the total to six), which supplies the new turret, plus accurate windshield frames, dashboard, ammunition stowage and equipment fittings. The kit Arbalet is equipped with a Kord heavy machine gun, and is just as detailed as the main vehicle, which has a fully furnished interior. The tyres are supplied as vinyl items, with convincing tread. Although the type has been accepted into the Russian Army the two markings options portray parade/show machines: