WHILE MINIART is known for its high-quality figure sets, the firm has taken a step forward with its latest packages, as its 1/35 German Tank Crew will include resin heads to accompany the styrene bodies. 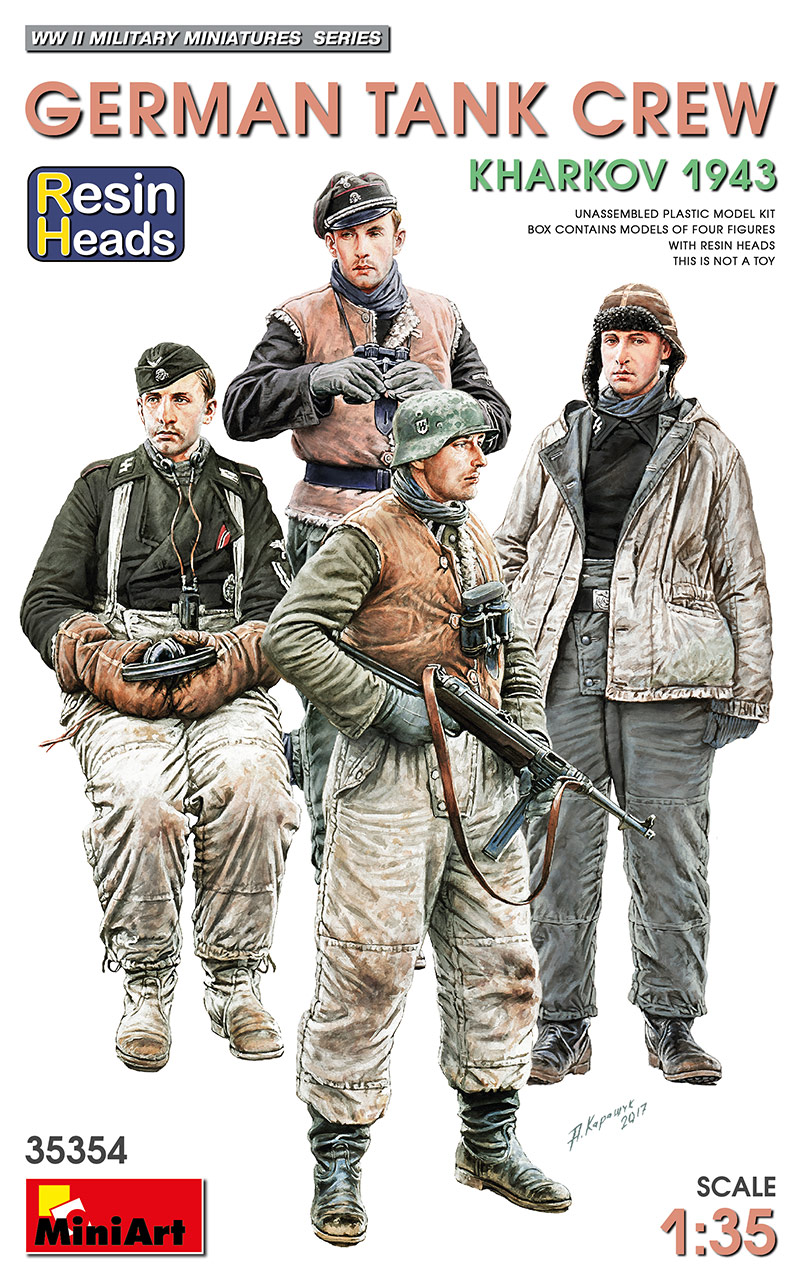 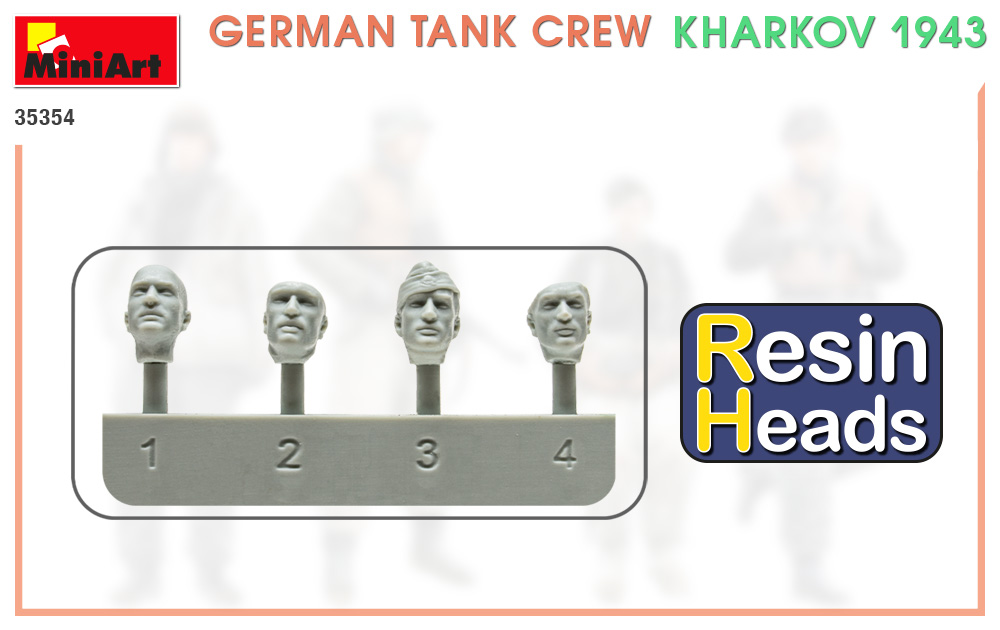 Poses depict two standing figures, one walking and one sitting (presumably the vehicle driver), with a range of equipment and armaments supplied on three of the frames (including a pair of duplicates) – although these appear to have originated with infantry sets. 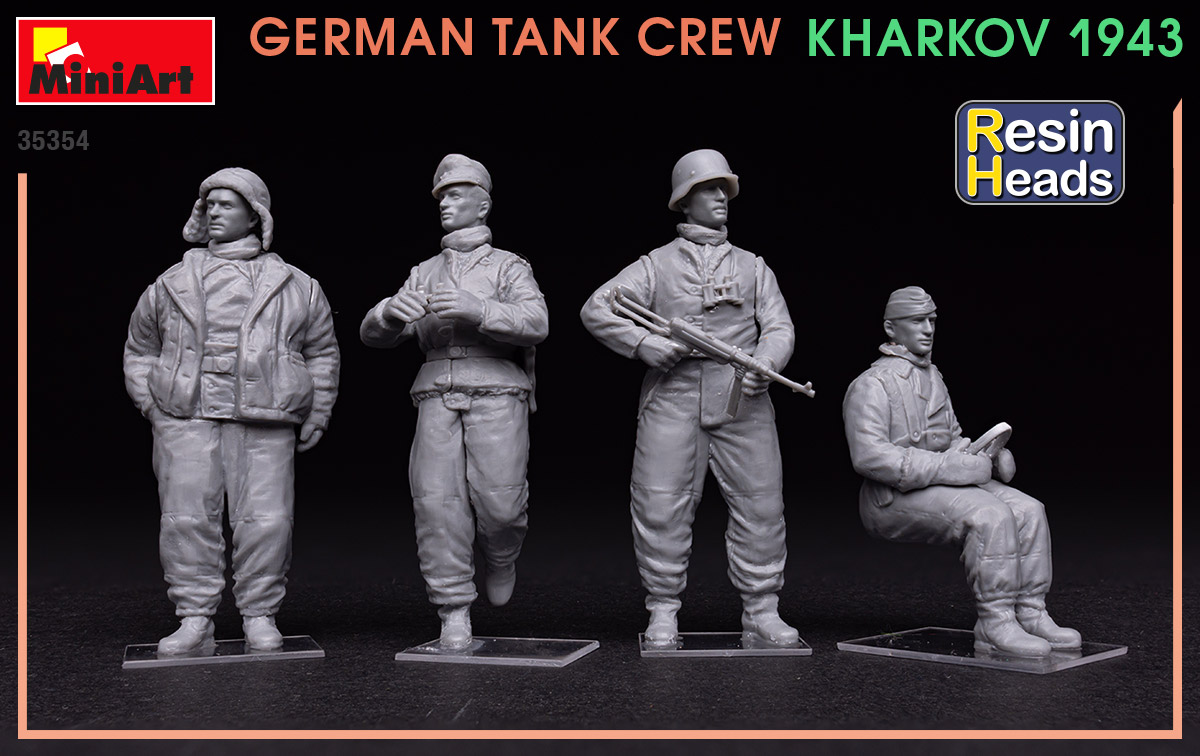 MiniArt has stated the package is a future release, but has not set a fixed release date – for further details, visit: www.miniart-models.com