Dave Oliver builds the esoteric MiniArt Ball Tank in 1/35 scale and sets it in a convincing winter scene. 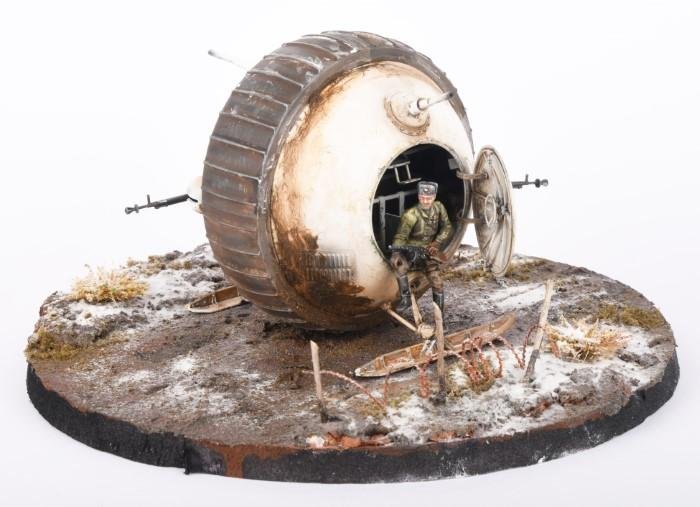 The genesis of the ball tank design can be traced back as far as World War One, during which the first steps were taken towards motorised armoured combat. Trench warfare, with its emphasis on infantry assaults, created a need to offer individual troops some form of personal armoured protection. Numerous designs were proposed, from the Treffas-Wagen developed by Germany towards the end of World War One, to the American ‘Texas Tumbleweed’ paper design of the 1930s. The concept proved ultimately to be a dead end, unsuited to the fast-moving, mechanised nature of battle during World War Two. Just one such vehicle remains, a single German prototype called the Kügelpanzer, a one-man contraption of uncertain origins, captured by the Soviets at the end of the conflict. This somewhat enigmatic vehicle now resides in the Kubinka Tank Museum just outside Moscow.