British Rail's venerable Mk 1 corridor carriages have, not surprisingly, been popular with modellers throughout the decades, with examples available for 'OO' gauge in one form or another. MARK CHIVERS looks back at some of the model highlights and examines the current crop of BR Mk 1s for today's modellers. 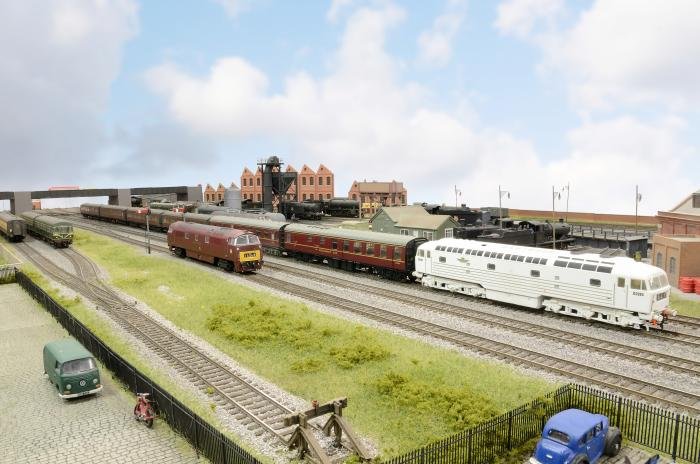 Above: The British Railways Mk 1 carriage is an essential part of any model railway representing periods from the 1950s to the present day. Recreating a scene from the mid-1960s, unique BRCW Type 4 prototype D0260 Lion draws out of Grosvenor Square with a rake of BR lined maroon liveried Bachmann Mk 1 stock headed by a Restaurant Unclassified (RU) coach.