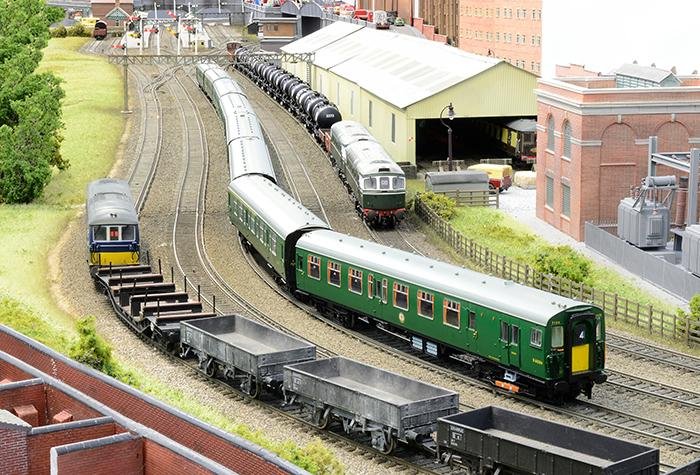 Above: The Bachmann 4-CEP is an ideal addition to a 'OO' gauge Southern Region electric roster. A pair of 4-CEPs rush through Twelve Trees Junction between ballast and oil trains.

Southern Region Electric Multiple Units were once a rarity amongst ready-to-run models for 'OO' gauge, but over the past decade a continual influx has arrived on the shelves of retailers including a significant number of Mk 1 based units.

The BR Mk 1 bodyshell was used in the construction of thousands of EMUs (and DEMUs) for use on the Southern Region's third rail electric network from the early 1950s. The last vehicles to be built to the Mk 1 carriage profile were multiple units for the Southern in 1974.