I'VE long wanted to be scanned by ModelU 3D’s Alan Buttler so that can become part of the miniature population on my layouts, but struck upon a better idea at the Great Electric Train Show which would allow me to become a driver for my Class 52 diesel-hydraulics in ‘OO’ and ‘O’ gauges. 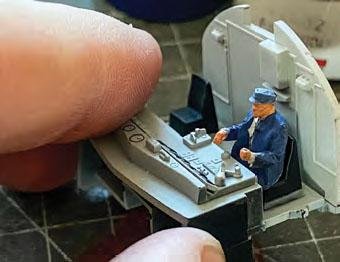 To allow my ’mini me’ to fit in the Dapol ‘Western’ cab, the legs had to be removed from the figure. After this dry run base of the figure was sanded down to bring my hands closer to the controls. 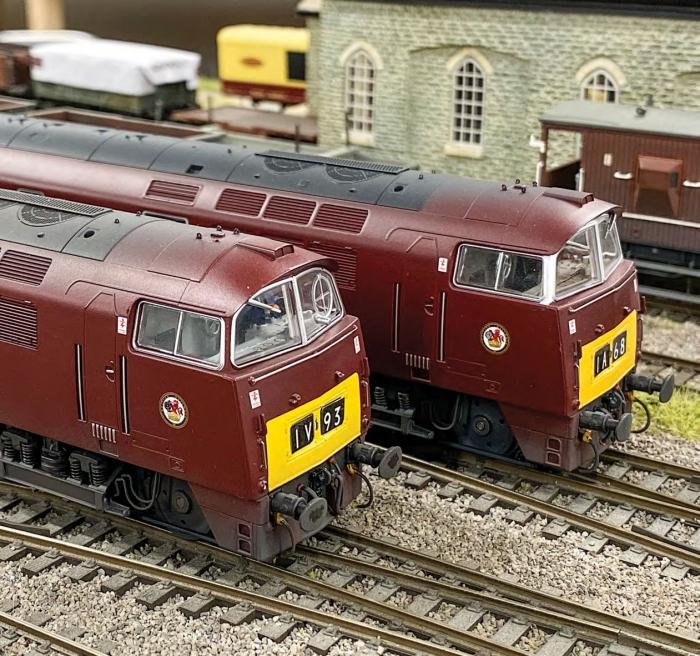 D1006 Western Stalwart and D1012 Western Firebrand stand together on Topley Dale after being detailed, crew fitted and weathered. There are still a few finishing touches to apply on D1012’s roof.

Alan’s assistant Nick Wilcox did some research and found images of a ‘Western’ driver at the controls. Better still, he also had a full BR driver’s uniform which allowed me to look the part in dress as well as pose. Actually having the scan done was a quick process – Alan whizzed around with his scanning tool to capture all the details and followed the seated pose with a second of me standing with a driver’s bag waiting for my charge.