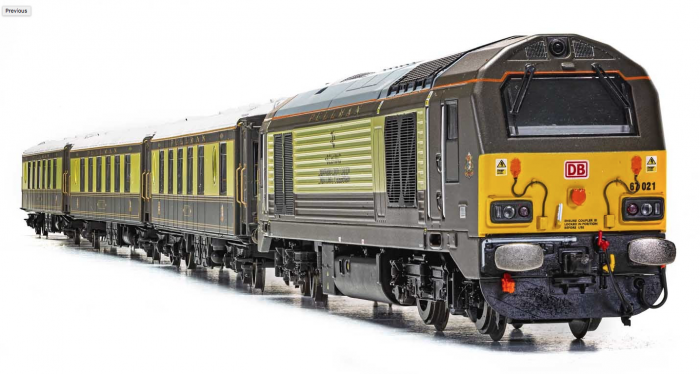 This is the first time that the Hornby Class 67 has been released in the 2017 applied Belmond British Pullman livery. As well as 67021 in the train pack, 67024 (R3774) is being released as a separate item in matching livery allowing modellers to replicate top and tail train formations from the present day.

The Class 67s are both equipped with 8-pin decoder sockets, space for a 40mm x 20mm speaker and directional lighting. The Pullman cars use Hornby’s all-steel ‘K Type' tooling and feature working lights which operate on analogue and digital control systems without modification.